The Greek government has repeatedly denied carrying out illegal "pushbacks" at its land border with Turkey. No asylum seekers, Athens insists, have been forced back across the Evros River into Turkey without a fair asylum process -- even if numerous refugees been claiming otherwise for years.

Now, videos provided to DER SPIEGEL and analyzed by the Forensic Architecture research collective, show for the first time what appear to be exactly these kinds of pushbacks taking place on the Evros. Six active and former police officers and soldiers have also independently told DER SPIEGEL that pushbacks are systematically carried out on the Evros.

The material in DER SPIEGEL's possession consists of 11 videos. The images from a security camera on the Turkish side show masked men, some of whom are dressed in military-style clothing without any national emblems. In the video, they are transporting groups of people from the Greek side of the river to the Turkish side in a small, motorized rubber dinghy.

The images, however, do not show the masked men crossing the middle of the river, which constitutes the border between the two countries. The people in the boat communicate in various languages, including what seems to be Pashtun, which is spoken in Afghanistan and Pakistan. It is likely they are migrants who secretly crossed the Evros in order to apply for asylum in Europe. Many migrants who made it to Greece via the eastern migration routes have taken this approach.

The video material also includes footage from a cell phone camera, apparently made by a Turkish border official. In the video, the man walks along the Turkish side of the Evros. Other people are briefly visible in the frame, seemingly migrants who have just arrived. On the other side of the river, masked men can be seen pulling an inflatable boat from the water. The man yells, "no deport," in English. He continues speaking in Turkish about "Greek forces" and says where he is located, near the border town of Serem, in the western Turkish province of Edirne.

Goldsmiths University's Forensic Architecture collective has analyzed all 11 video sequences for DER SPIEGEL. The authenticity of such videos can never be conclusively proven, but according to the footage's metadata, they were all recorded on Sept. 17, 2019, between 10:30 a.m. and 12:30 p.m. This indicates that the date appearing on the images from the security camera is correct, aside from the year, which is indicated as 2018.

The digital forensic specialists analyzed the shadows cast by plants and trees in addition to the breadth of the river before comparing the data with satellite images to verify that the images were recorded on the same day and in single location: a spot on the Evros River located only 2.5 kilometers (1.5 miles) from a Greek police station in the village of Isaakio. A Greek military watchtower is located only 300 meters (984 feet) east of the location, and is recognizable on the satellite images.

In the Video: How the Film Records Were Analyzed

The masked men in the video could not be identified. There are several indications, however, that they are Greek officials or work on their behalf:

Pushbacks are a violation of international law, violating both the EU's Charter of Fundamental Rights and the Geneva Convention. There are two main reasons. For one, asylum seekers have the right to a proper process to determine if they require asylum. And they are not allowed to be returned to a country in which their safety is not guaranteed. This so-called non-refoulement principle is a tenet of international law for the protection of asylum seekers. A group expulsion without an individual evaluation of asylum claims is also illegal.

Confronted by DER SPIEGEL with the accusations, a Greek police spokesmen said that the Greek police had no knowledge of the incident. He said that Greek borders were always secured within the framework of "democratic lawfulness," and that international agreements were respected. The spokesman declined DER SPIEGEL's offer to view the videos and claimed that further investigation of DER SPIEGEL's assertions was not necessary.

The videos are explosive because they are the most damning evidence to emerge thus far of the pushbacks. The Turkish government has repeatedly accused Athens of being involved in illegal pushbacks on the Evros. These accusations are one reason why the relationship between the two NATO countries is currently more tense than it has been in quite some time.

From the Greek perspective, the accusations are largely hypocritical. Turkey itself, after all, is currently involved in returning refugees to war-torn Syria and has, according to human rights activists, already sent hundreds back to that country.

With the conditions in "hotspot" refugee camps on the Aegean islands are constantly worsening, a growing number of migrants are crossing the Evros. According to the United Nations High Commissioner for Refugees (UNHCR), over 14,000 have done so thus far this year. With public opinion in Greece souring on refugees, the current government of Prime Minister Mitsotakis has tightened its immigration policies.

Turkey is Accusing Greece of Tens of Thousands of Pushbacks

Greece has long been accused of carrying out pushbacks. Six active and former security personnel independently told DER SPIEGEL that the military initially carried out the illegal deportations, but that they are now being conducted by the police or by civilians who are encouraged to do so -- or not prevented from doing so -- by the authorities. DER SPIEGEL has decided not to release the names of its six informants in order to protect its sources.

Recently, DER SPIEGEL reported on documents from the Turkish Interior Ministry and police that illustrate the scope of the pushbacks. According to those documents, Turkish officials believe that in just a one-year period starting in October 2018, about 60,000 migrants were illegally returned from the Greek side.

The actions of the masked men in the videos correspond with the accounts by numerous migrants who embarked on the dangerous crossing of the Evros and related their experiences to human rights organizations. According to these testimonies, migrants are arrested on the Greek side and imprisoned, sometimes in abject conditions. Their cell phones and other possessions are then taken and some are punched or kicked. After a time, they are then driven to the edge of the Evros and brought across the river in boats.

The UNHCR and the Council of Europe have deemed these reports credible and consistent. On the Greek island of Samos, DER SPIEGEL spoke with a 28-year-old Palestinian asylum seeker who says he was deported to Turkey by Greek officials or people working with them. He said he was transported by men wearing masks.

He said that when he was initially arrested by the Greek authorities, his shoelaces and cell phone were taken from him. During his third night in custody, he said, Greek police officers loaded him and other migrants into a truck and drove them to the bank of the Evros. Two masked men, he said, then took them in a dinghy to the Turkish side.

Despite such reports, Greek police officials claimed they were unable to find any evidence of wrongdoing in an internal investigation. Prime Minister Mitsotakis recently reacted to a DER SPIEGEL report on pushbacks, telling the German business newspaper Handelsblatt that he had received no information from the responsible authorities pointing to the existence of such practices. The new evidence and revelations might make such claims harder to maintain. 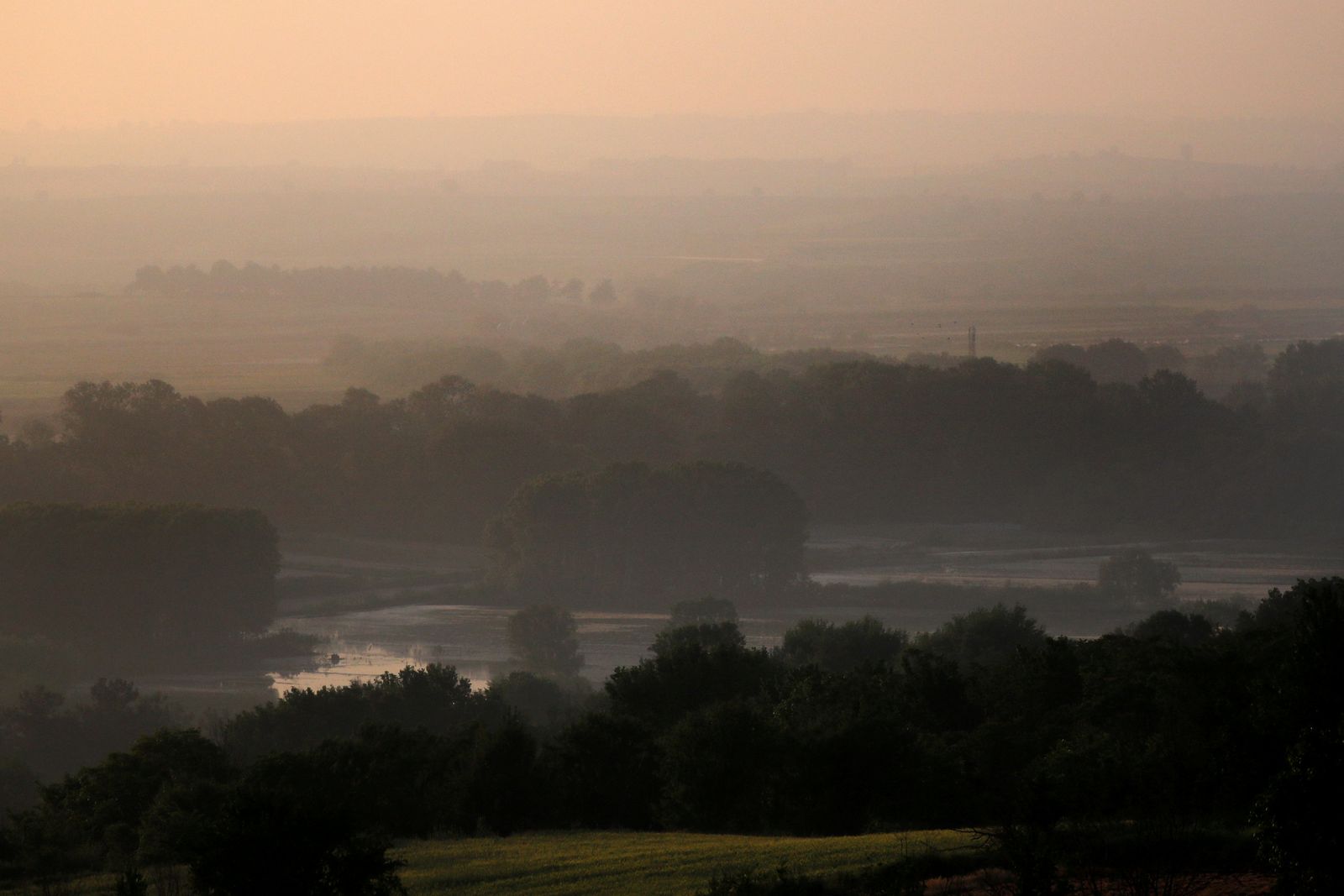 The Evros River, which forms part of the border between Turkey and Greece. 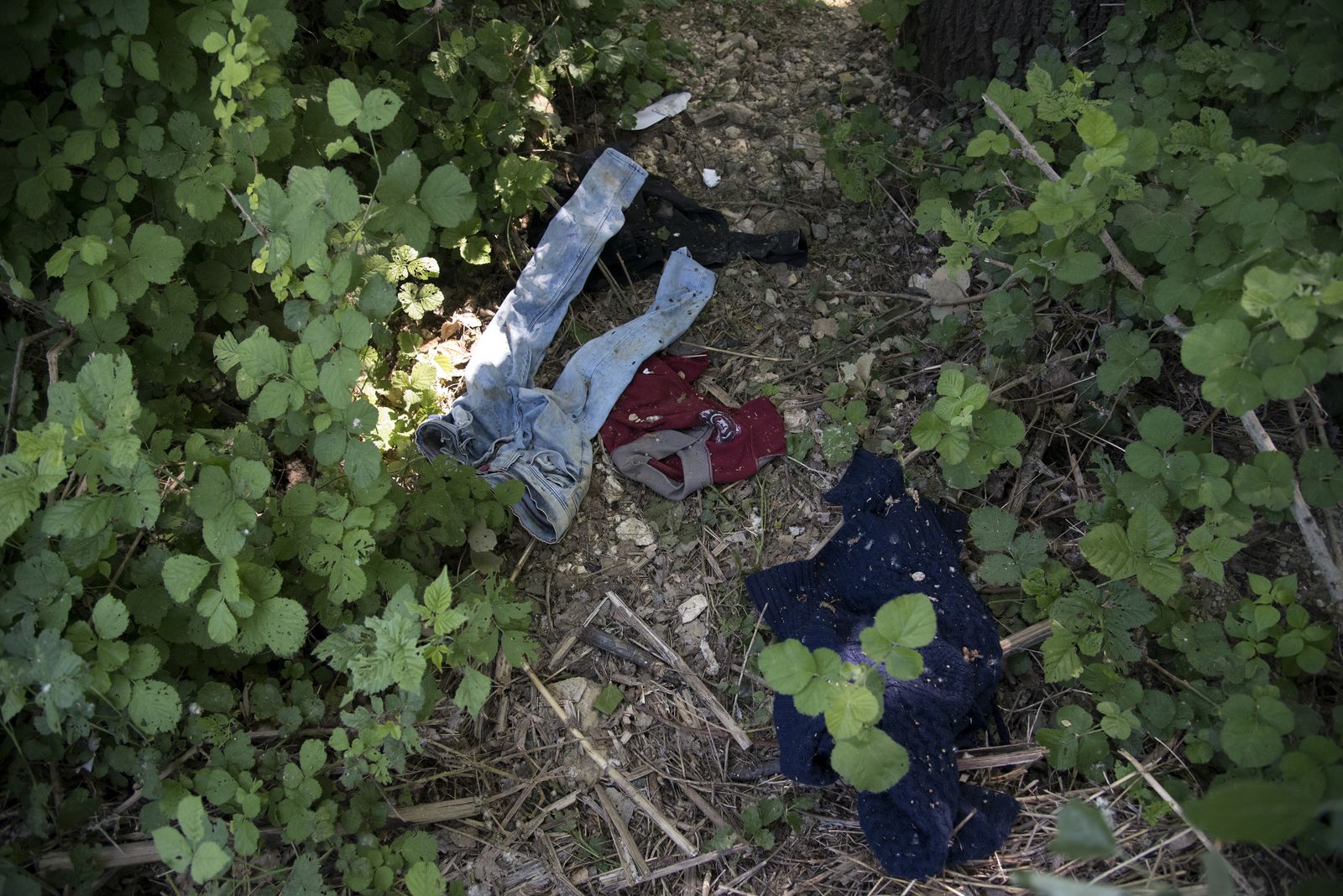 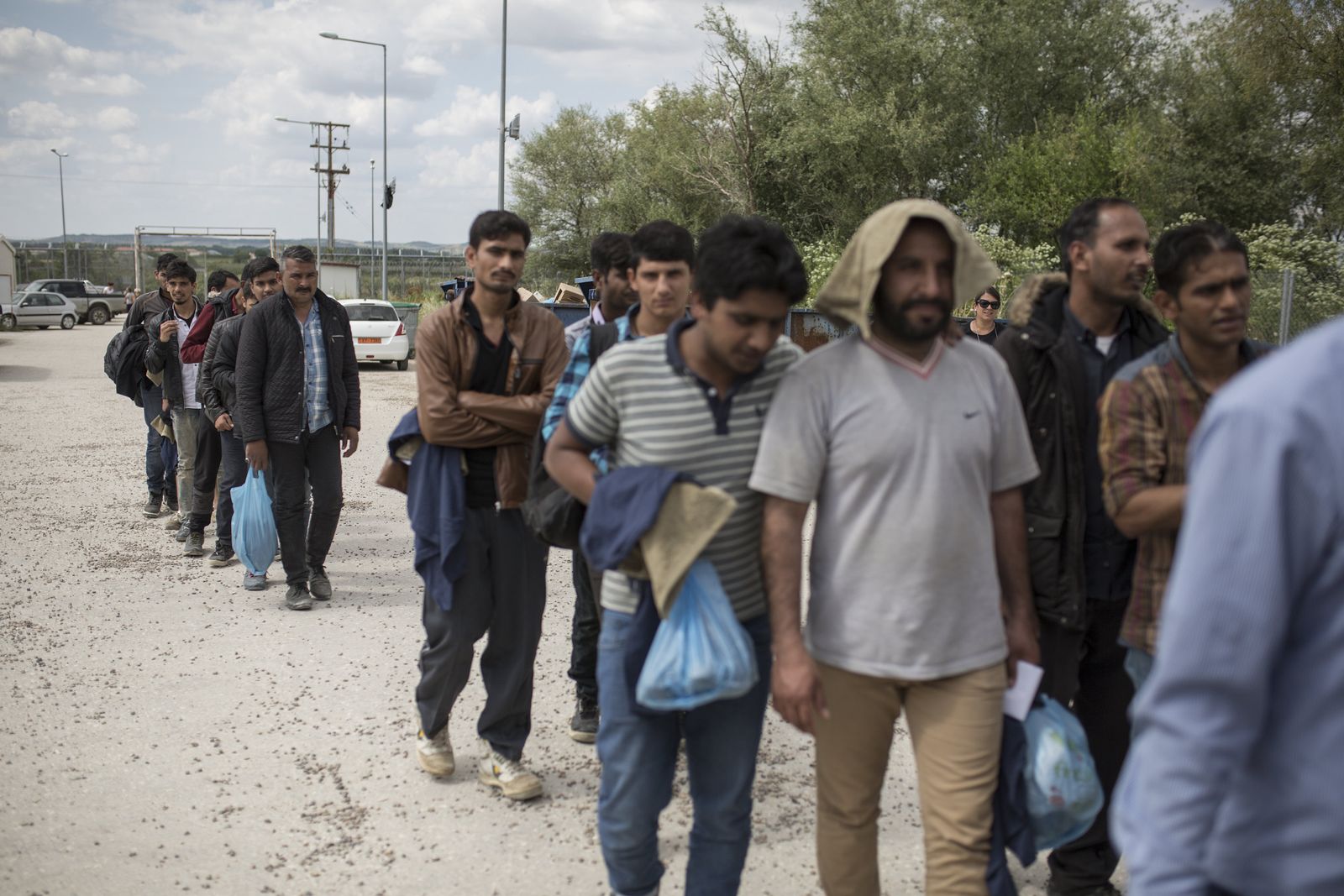