The world is far away from gender equality. That, at least, is what a study conducted by the organization Equal Measures 2030 (EM 2030) has found. The study shows that, when it comes to rights and wellbeing, girls and women are at a structural disadvantage around the world.

Women receive lower pay than men and they are underrepresented in leadership and decision-making positions. In some regions of the world, girls are not allowed to visit schools they are worse affected by undernourishment. Women are more frequently the targets of sexual violence and are more likely to do unpaid work.

According to the EM 2030 report, the situation is especially dire in Chad. The central African country, it found, lacks the basis for a functioning constitutional state, as well as for the social and economic stability necessary for implementing the rights of women and girls. Chad is one of the most underdeveloped countries in the world. The OECD includes it on its list of "States of Fragility."

The State of Gender Equality

EM 2030 aims to make gender equality more quantifiable across the globe. More specifically, it examines what progress countries have made in the implementation of the UN sustainability goals when it comes to gender differences.

No Single Country Gets an "Excellent" Result

The UN has designated 17 areas for improvement, encompassing both the environment and the standard of living by 2030. Gender equality is one of these areas, alongside poverty, education, health and others. But EM 2030 argues that gender inequality can be found in all areas: Women are more frequently affected by poverty than men, for example.

All of these facets of inequality are expressed by EM 2030 in a value between 0 and 100 and compiled in an index. The lower the value, the greater are the disadvantages suffered by women in that country. A value of above 90 corresponds to "excellent" gender equality, however, no country has thus far achieved this rating.

The most shocking result of the study is that 80 percent of women and girls around the world live in countries given a "bad" or "very bad" gender equality rating by EM 2030.

That inequality is reflected in various areas:

According to calculations by the World Economic Forum, women earn only 63 percent of the salaries that men do on a global average, in part because women more frequently work in part-time or poorly paid jobs and are less likely to occupy leadership positions.

Broadly speaking, women tend to do less paid work then men and are thus less likely to be considered gainfully employed. Globally, the employment level for women between the ages of 25 and 54 is 63 percent. With men, it is 94 percent.

The difference is especially large in North Africa and in parts of Asia, where only about one third of women are considered employed. These numbers don't reflect the fact that women more frequently do unpaid work, such as raising children, carrying responsibility for running the household, and taking care of elderly family members. On average, women do two-and-a-half times more unpaid work than men in the household and caring for family members.

According to the World Bank, there are about five million more women living in extreme poverty than men, especially in South Asia and sub-Saharan Africa.

There are various reasons for this "feminization of poverty," but financial dependence is the biggest. According to the UN, in 104 countries women are still restricted from doing certain kinds of jobs. In 18 countries, men are allowed to ban their wives from working at all. In Saudi Arabia, for example, women generally need to have a male guardian's permission if they would like to do paid work.

In large parts of Africa, the Middle East, Southern Asia and Latin America, women are also more often employed in an unofficial capacity and have no social, health or pension benefits. As a result, crises, divorces and the death of a spouse affect them more severely than they do men.

According to sociologist and gender researcher Christa Wichterich, poverty shouldn't just be defined as "lower income and consumption." Women, she writes, are "poor in rights, opportunities, power, social security, time and freedom from violence." She argues this leads to a poverty in "resources, education, health, employment and income."

In many places, women face greater difficulties than men in becoming involved in the political decision-making process. This is reflected, for example, in the portion of women in parliaments around the world. There are still almost no parliaments in the world that reflect the general population's gender balance.

According to the findings of the Inter-Parliamentarian Union (IPU), Rwanda, Cuba and Bolivia are exceptions. In part thanks to quotas, the parliaments in these countries have a greater share of women than in the population at large.

The graphic also shows that women tend to be poorly represented in the parliaments of autocratic countries like Turkey, Russia, Hungary and Kuwait. In Papua New Guinea, there wasn't a single woman in parliament when the data for the above graphic was compiled. Women face a particularly difficult time in rural areas of Papua New Guinea, and in the country as a whole, women have fewer rights than men, worse access to healthcare and education, and they often need to completely submit themselves to male leaders of the family.

But even some Western, supposedly progressive countries are far from achieving gender parity in parliament. Not even one in four members of Congress in the U.S. are women. Even in Germany, the share of women in parliament is less than one-third. The best-ranked European countries, by contrast, are Spain, Sweden and Finland, all of which hover around 47 percent.

The Equal Measures study also demonstrates that the situation in countries facing armed conflicts, or dealing with natural or humanitarian catastrophes, is especially grim. Crises of this nature can exacerbate gender differences and previously existing patterns of violence and exploitation grow worse. Many women and girls find themselves exposed to more violence, human trafficking, unwanted pregnancies and exploitation.

In putting together the index, EM 2030 used the most recent available figures, some of which dated from before current conflicts began -- for example, in Yemen, which currently has the fourth-worst equality ranking. The authors assume that equality has only worsened there since the beginning of the war.

Other war-torn countries, like Syria, Afghanistan or the Central African Republic could not be included in the index for lack of sufficient data.

Denmark has the highest index ranking, with a score of 89.3. Generally, politically and financially stable countries are at the top of the list, in particular those with good scores when it comes to poverty, nutrition, water supply, education and peace. Most of the top 20 countries on the list are in Europe, and they are joined by Canada, Australia and New Zealand.

According to EM 2030, the correlation can mostly be tied to the fact that more economically powerful countries can supply key foundations, like a functioning healthcare system, education, infrastructure and water supply. Well-off countries, they argue, are also better capable of investing money into programs that support the equality of girls and women.

But there are exceptions. The U.S., for example, has the third-largest per capita GDP in the world at $62,641 but ranks relatively poorly with a score of 77.6 (28th place). Slovenia, by contrast, ends up in sixth place with a score of 86.5, much higher than its per capita economic output of $38,674 might lead one to believe.

According to the study authors, however, even the top-20 countries don't do enough for gender equality. In well-off countries, they argue, there is still a need for improvement when it comes to public service, salaries, violence prevention and women's participation in the sciences, the economy and politics. The overall conclusion of the report: "No country has fully achieved the promise of gender equality envisioned in the ambitious 2030 Agenda." 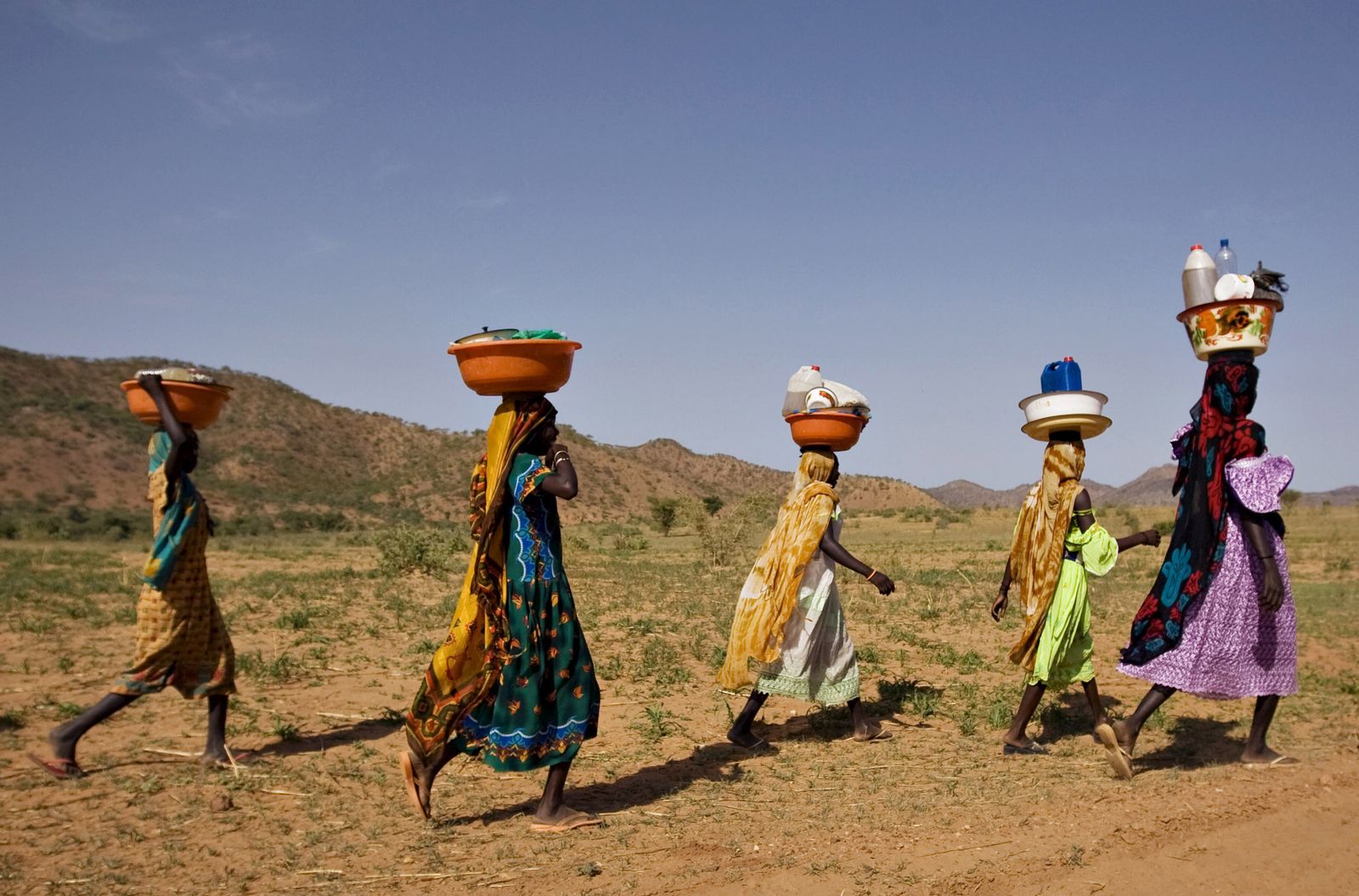 Women in Chad, a country on the OECD's list of "States of Fragility."