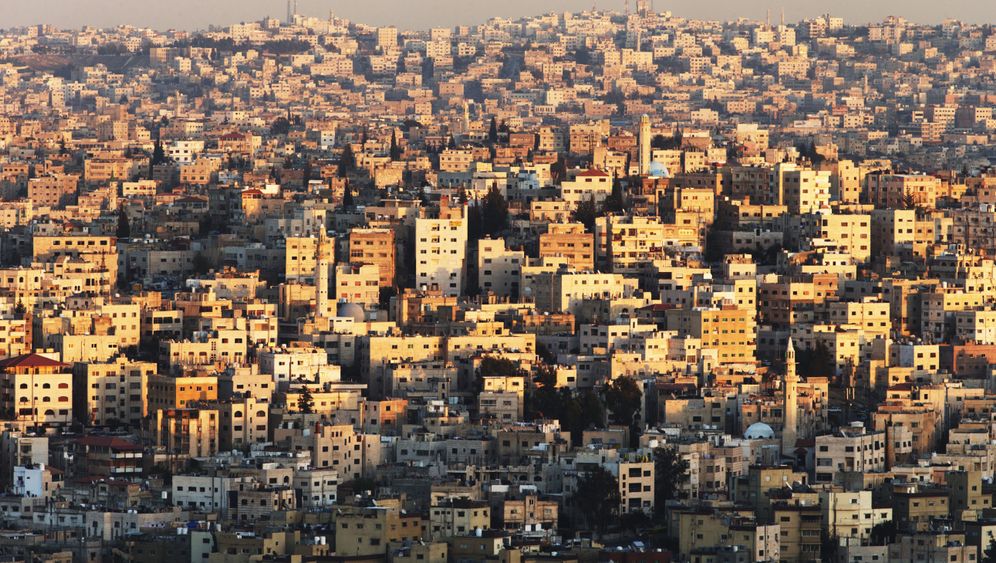 Safaa Sukkariah's path to starting her own company began with a misunderstanding. She thought the workshop in the Jordanian refugee camp would be about weaving nets. Instead, she learned how to repair leaky taps and clear clogged pipes. The written words in Arabic for "nets" and "plumbing work" are nearly identical, which is why Sukkariah found herself attending a sanitation training course in her early 40s.

Back in her native Syria, she once studied art and never troubled herself with plumbing. In 2012, she fled eastern Ghouta, on the outskirts of Damascus, before the war began. She has lived in Jordan ever since.

She completed the workshop in 2015 and enjoyed it. Then she discovered a gap in the market: Many women had fled Syria without their husbands. And for most single women from conservative Syrian circles, it would be unthinkable to let a stranger who is male, a handyman or otherwise, into their home. That's where women like Sukkariah come in.

Her first customers were referred by aid organizations that look after single women. "I did the first jobs for free, just to practice," Sukkariah says proudly. "Then I accepted money to cover travel costs. Now I send invoices."

Today, Sukkariah runs her own company with two teams in the northern Jordanian cities of Irbid and Mafraq. She employs three permanent employees and 17 freelancers, all of whom are women and nearly all of whom are Syrian refugees. Many were customers at first who got interested in working as plumbers. There's no shortage of work either -- her phone rings constantly with new inquiries.

Sukkariah trains her employees herself. The training takes three months and is free of charge. She receives support from the German Society for International Cooperation (GIZ) and from Shamal Start, an initiative that promotes entrepreneurs in northern Jordan. While the Jordanian government is busy trying to integrate men into the labor market, aid organizations, both foreign and domestic, are left to pick up the slack when it comes to integrating women.

Sukkariah's company is a rare success story in Jordan. More than 650,000 Syrian refugees are still registered in the country, according to the United Nations High Commissioner for Refugees (UNHCR). And even though fighting in large parts of Syria has ceased, hardly anyone wants to return.

They're too afraid of the Assad regime. The border between the two countries has been open again for around a year, but only about 20,000 refugees have returned to Syria -- despite the fact that living conditions in Jordan are often very difficult.

In a UNHCR survey conducted in November 2018, one in four refugees said they never wanted to return to Syria. In Jordan, people are beginning to come to the realization that the hundreds of thousands of refugees and their offspring will be there for the long haul -- and must therefore be integrated into society and the labor market.

In this area, Jordan has had more success than Turkey or Lebanon. In contrast to Turkey, refugees in Jordan face no language barrier. And unlike Lebanon, Jordan is a stable state. Syrians may not be loved in Jordan, but they are accepted. So far, the government in Amman has made no attempts to send them back to Syria.

According to UNHCR statistics, around 300,000 refugees in Jordan are of working age. Just over half of them have work permits. Syrians who want to work in construction or agriculture have very few bureaucratic hoops to jump through. But it's a much different story in other sectors. Jobs as engineers, auto mechanics or teachers are reserved by law for Jordanians.

The difference between the sexes is striking: More than 146,000 Syrian men have a work permit -- but the same is only true for around 7,000 Syrian women. This is partly due to husbands who don't want their wives to work. But it's also attributable to the fact that most mothers don't have anyone to look after their children during working hours.

For a long time, this also kept 36-year-old Faten Tahhan from working. She fled to Jordan from the city of Homs with her three children in 2012. Now that her children are old enough to look after themselves, she's been working as a seamstress for the Jordan River Foundation in Amman since 2017. The aid organization produces a wide range of products for IKEA, from pillowcases to aprons.

"I started working for financial reasons," Tahhan says. "Life in Jordan is getting more and more expensive and I have to look after my three children."

She, too, didn't have any formal sewing training when she began working. In Syria, she went to school to be a kindergarten teacher, although she never worked as one. Nevertheless, she has lofty goals. "I'm a perfectionist and always want to improve," Tahhan says. "I want to be just as good at what I do as the people working next to me who have been in the job for 30 years."

Around 50 women work on the IKEA collections in an inconspicuous, multistory building in Amman's Jabal al-Nathif neighborhood. About 15 of them are Syrians. They earn at least 220 Jordanian dinars (280.27 euros) a month. On top of that, they're paid according to how many units they produce. Some women manage to earn between 400 and 500 dinars a month this way. By way of comparison, a teacher in Jordan earns an average of 400 dinars a month.

It may be cramped and noisy inside the sewing shop but the work is lucrative -- so much so that some women go to great lengths to show up every day. Raja Ahmad al-Balbisi, for one, gets up every morning at 5:15 a.m. in the Zaatari refugee camp, some 80 kilometers away. She has to change buses three times along the way and needs at least three hours to get to work, plus another three hours to get back home. She does this five times a week.

"Working with my hands has always been my passion," Balbisi says. But that's not the only thing she likes about her job. "My colleagues are like my family. We support each other and help each other." She says neither her fellow seamstresses nor her bosses distinguish between Jordanians and Syrians. Everyone is treated like an equal.

Tahhan, Balbisi and their colleagues have produced some 200,000 units since 2017. The demand is enormous. Soon, the fourth collection will be on the market. 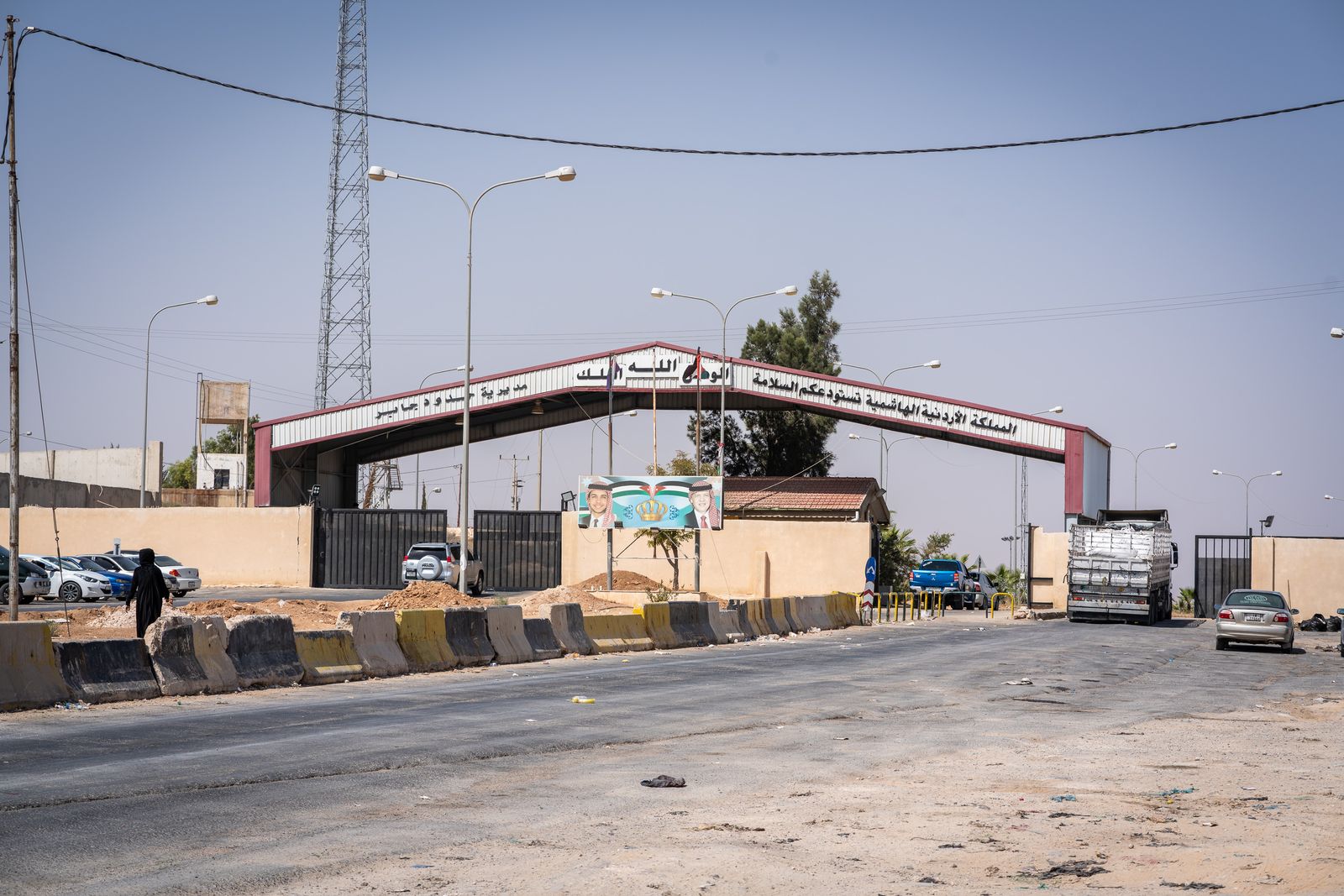