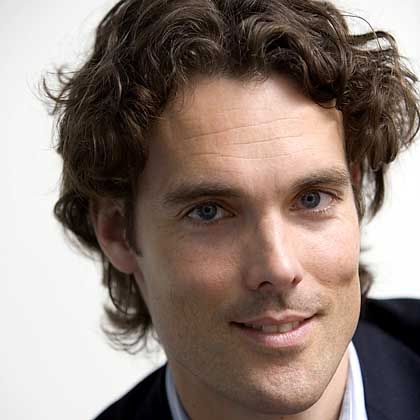 SPIEGEL ONLINE: How long have you known that Google would buy YouTube?

Schindler: It is such a logical next step that we've already had it in mind for quite a while.

SPIEGEL ONLINE: The purchase price of $1.65 billion is astronomical -- this for a business that has never once made a profit. Aside from that, Google already has a video-sharing service of its own. Can you help us understand what makes this acquisition so logical?

Schindler: YouTube has managed to establish the most successful video service on the Web -- an exciting, high-quality and accepted product. What speaks against combining such a good product with a successful firm like ours?

We have a similar product in Google Video, but it hasn't achieved the same success as YouTube -- particularly since Google Video is still in beta mode, so it's still not a finished product.

SPIEGEL ONLINE: How long will it be before you earn money with YouTube?

Schindler: That is, of course, difficult to answer one day after the deal has been made public. Of course there is an interesting model for revenue. But I can't comment on that today. Indeed, we are completely convinced that we've bought YouTube for a fair price. We've conducted several analyses, and we know that YouTube is a very strong brand with an extremely wide range. And we believe that when we combine it with our strengths -- namely operating a high-volume automated advertising system -- it is an absolutely intelligent step to take. We know that the next evolutionary step for the Internet will be built on an audio-visual basis.

SPIEGEL ONLINE: Advertisement by search words works with text -- when I search for "glove" and then I get "glove" advertisements. That makes sense. How is that supposed to work with videos, where some young girl is talking about being lovesick?

Schindler: One element that we haven't really followed until today is something called "flow tracking." You see the profile of consumers -- what are the consumers interested in? Say for instance you watch a video from "lonelygirl15" this evening on YouTube, but earlier this afternoon you were on financial Web pages interested in bank accounts. Then it could also be relevant for you, when you're looking at a "lonelygirl15" video, to have an advertisement for bank accounts blended in.

SPIEGEL ONLINE: Do you want to keep an eye on Internet users' every move? Data protectors will be thrilled.

Schindler: As I said, we haven't done this yet because we want to better understand how consumers feel about it, how the problem of data protection looks, and so on. But we're paying close attention to this subject.

SPIEGEL ONLINE: What do you have in mind as far as that is concerned? Is YouTube not expected to bring in any money?

Schindler: I can't yet concretely say, but of course, as I said earlier, we have a revenue model. One idea, for example, is sponsoring specific content. Another possibility is that certain content might be offered for a fee, just as we already do with Google Video. Another one would be to show an ad before the video. Right now we can't say, "This will be our strategy." We need to work on it so our targeting system, which works well for text-based content, also carries over into the audio-visual world.

Schindler: For us protecting content providers' copyright is of highest priority. For one thing, we advise our users that no copyright-protected material may be posted on our platform. For another, both Google Video and YouTube have a system that enables copyright holders to inform us if their copyright has been breached, and we react as quickly as possible.

SPIEGEL ONLINE: At the moment you're pursuing a double strategy: solidarity with copyright holders on the one hand, and on the other hand filtering out copyright-protected material, at least when users won't give up the rights. Doesn't that go against the anarchical charm of YouTube?

Schindler: I believe YouTube is attractive for many reasons, not only because of copyright protected material. The strategy must be to preserve the attractiveness while at the same time protecting the rights of content providers. An automated system has already been tested that is supposed to recognize whether content is copyright-protected  we're working hard on that.

SPIEGEL ONLINE: Now with Google Video and YouTube you have two services that do basically the same thing. How will the two of them go forward?

Schindler: We want to carry on each brand and each product as it is. We don't plan to phase out YouTube or to completely combine the two firms.

SPIEGEL ONLINE: The value of Google stocks continues to climb  you're worth more today than General Motors, Ford, Walt Disney, Amazon and the biggest American newspapers combined. Then you make an investment of 1.65 billion dollars -- have you just created the next Internet bubble?

Schindler: We believe the current development of the Internet and digital media consumption is standing on solid ground. Look at Amazon or eBay -- they're highly profitable business models. The idea of a bubble is in my view fully mistaken. The Internet will be a fundamental part of our lives. That's where acquisitions will be prepared and carried out, that's where future branding will be done, that's where media will be consumed. In contrast to the so-called New Economy of the late '90s, today's Internet firms are earning good money.

SPIEGEL ONLINE: In Germany, there is still a lot of hesitation -- also amongst your advertising clients. Have German marketing professionals yet to grasp the internet?

Schindler: The Internet has for a long time been perceived by advertisers to be not as important as it actually is. Internet ads make up a very small percentage of total advertising expenditures. German managers lack speed for innovation.

SPIEGEL ONLINE: Why is that?

Schindler: An example: We know that many consumers do their shopping around online but actually make purchases offline in stores. That's very difficult to track. An American manager asks his circle of friends, "Is that how you guys do it?" and then goes to work the next day and says "This is how everyone does it." The German manager believes it happens the same way, but first he conducts a scientific market survey that complies with German standards. We wait until we have absolute proof of something that we may already know to be true.

Schindler: We have a very simple mission: We want to organize the world's information and make it available to people. Information is not only text-based -- there we're already pretty far along -- but also audio-visual, saved in books; geo-information plays a role, information that emerges from communication, and so on. I can't find a single product at Google that you can't classify under this mission.

SPIEGEL ONLINE: Calendars, spreadsheets, word processing -- that is private information that one doesn't necessarily want made available to the whole world

Schindler: That's true. And that's why the user decides for himself in those products you mention, who is allowed to see and handle which documents. Google's mission is of course not to infringe on private data protection. The decisive rule that we maintain is that the consumer, in the end, must decide what information he wants made available to us.

SPIEGEL ONLINE: When a business becomes too big, its image changes. How do you keep from being perceived as a powerful, unscrupulous business and mysterious data troller?

Schindler: That's a topic we take very seriously. No one has to use Google or Google products, all users come voluntarily. We haven't bundled any programs, we aren't marketing pre-installed operating systems. Google is, therefore, used because customers find us attractive; we are always only a click away from not being used. We have to hold back and be humble in everything we do, precisely because we are so big. Google's success stands and falls with the trust of the user.

A concrete example: We are massively involved around the world developing local platforms, like in Norway and Switzerland -- because have ascertained that the consumer wants a high level of localization in our product. We can't have an exclusively American perspective, or else we will go in the direction your question suggests.