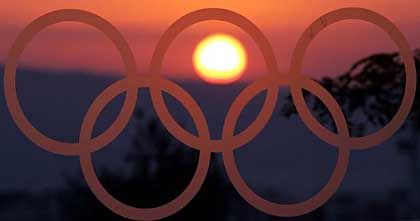 Greece is wondering what to do with the many venues built specially for the 2004 Olympic Games.

A weekday ride on the Olympic light rail line from the southern Athens suburb of Glyfada to the port city of Piraeus says it all: On the left, a stunning view across the radiant blue water to the island of Aegina with beaches full of retired Athenians sunning themselves in the foreground. On the right? The Helliniko Olympic Complex, complete with a hockey stadium, a baseball center, a softball stadium and a canoe and kayak slalom course. All empty. Not a soul to be seen.

Indeed, two years after the 2004 Olympic Games -- an event which helped unleash a Greek pride still evident in the myriad Olympics T-shirts and hats one sees around the country's capital -- the Greeks are now wondering what to do with their shiny new sporting venues. While the Olympic Stadium hosted the track and field World Cup last week, other stadiums may be torn down.

It is an absurdity "to spend €107 million to build permanent stadiums for softball, baseball and hockey when these facilities have to be maintained for at most 20 athletes," Spyros Kladas, a general secretary in the culture ministry, said recently.

That was just a small part of the total €2.2 billion price tag for Olympics-related construction projects across the country from Thessaloniki in the north to Heraklion on the island of Crete in the south. Now, those facilities are costing the state €55 million per year in maintenance bills -- and many of them are going unused. Stadiums in Patras and Volos, for example, are too expensive for local, second-league soccer clubs to afford. Should such unused venues not be torn down, the government says, they will merely fall apart on their own.

Greece was able to use the Olympics to fuel a 5 percent boost in tourism in 2005, but the country has done little to find alternative uses for Olympic infrastructure. According to a report in August, only three venues out of more than a dozen built for the games have been leased out so far. "The success of the games gave us a reputation boost," George Drakopoulos, general manager of the Union of Greek Tourist Enterprises, said in August. "But we have been late in exploiting this heritage." Kladas has said that the state company charged with post-games management of the facilities only started operations after the games were over. "It should have been created in 1997 alongside the games organizing committee," he said.

Greece's problems prior to the Olympic Games were widely covered -- cost overruns and delays meant some venues not finished until just days before the games began. Massive borrowing financed the construction.

Now, it is difficult to imagine what the suburb of Glyfada might do with its baseball center. The rowing course next door is also not likely to be used soon. It was built in a wetlands and is no longer usable due to environmental restrictions.