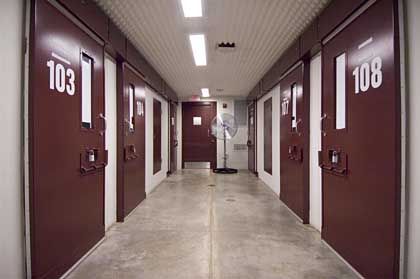 Rays of light are finally beginning to pierce the dark clouds of secrecy which have surrounded the US prison for terrorist suspects at Guantanamo for so long. On Thursday, a US federal court judge ordered the Pentagon to turn over the names of hundreds of Guantanamo detainees to the Associated Press -- a move that would result in the most comprehensive list yet of who the US government has locked away on the Cuban military base.

The court order, issued by US District Judge Jed S. Rakoff in New York, likewise requires the US Defense Department to release uncensored transcripts of detainee hearings by March 3. The verdict is the culmination of a year and a half effort by the AP to gain access to documents identifying the some 490 prisoners currently being held at Guantanamo.

"We're grateful to have a decision at last that keeping prisoner identities secret is against the public policy and the law of this country," said Dave Tomlin, assistant general counsel for AP, according to the news agency's own reports.

The verdict is just the latest event to further ratchet up pressure mounting against the camp. International opprobrium has become louder in recent weeks with world leaders such as German Chancellor Angela Merkel and British Prime Minister Tony Blair calling for the Guantanamo to be shut down. A United Nations report issued earlier this month was likewise extremely critical of the camp.

And on Thursday, memos released by the FBI indicate that the bureau had repeatedly warned military interrogators working at Guantanamo that their aggressive questioning methods were legally questionable and probably not terribly effective either. The memos were released by the American Civil Liberties Union after it gained access to them via the Freedom of Information Act.

Potentially more harmful for the US government, the memos seem to indicate that top-ranking military officials, including former Deputy Defense Secretary Paul Wolfowitz, knew of the abusive treatment including putting hoods on detainees, threatening them with violence and humiliating them.

Further international pressure is set to come. Italian Prime Minister Silvio Berlusconi, who is in the middle of a tough re-election campaign, told Al-Jazeera television that he thinks Guantanamo should be shut down. The interview is due to be aired later this week. And on Friday, Archbishop of York John Sentamu -- originally from Uganda -- compared activities in Guantanamo with the practices of former Ugandan dictator Idi Amin.