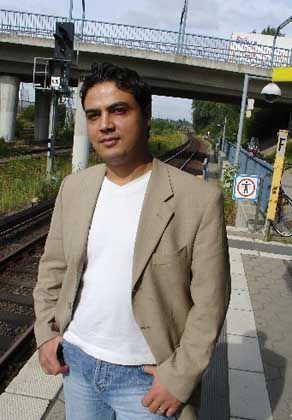 Wahid Solleimanie has been told to prepare for deportation. He has just one week left in Germany before he is scheduled to be sent back to his home country of Afghanistan.

It was the letter he had been dreading for months. Just over a week ago, the German government wrote Wahid Solleimanie, 24, telling him he was no longer welcome. On September 25, the letter said, the Afghan refugee would be forced to leave the country he has called home for the last six years. Since then, Solleimanie has been afraid to sleep in his own room in the northern port city of Hamburg; he is terrified the authorities will surprise him in the middle of the night.

"I have no future in Afghanistan," says Solleimanie, dressed sharply in a blazer, but with dark lines under his eyes. "There's no work for me there, I have no family, and the war is still going on."

The German state, though, disagrees; officially, at least, the war is over. Even if warlords continue to rule over drug-infested fiefdoms throughout much of the country, Afghanistan held its first parliamentary election in 35 years last Sunday and parts of the country have been stable for years now. At a conference last November, German state interior ministers determined that Afghanistan was sufficiently stable for refugees to be sent home. Of the 58,000 Afghans currently living in Germany, up to a third suddenly faced expulsion.

Now, 10 months later, that decision is finally being acted upon and Hamburg is taking the lead. Home to 15,000 Afghan refugees -- the largest such population in Germany -- the city state plans to deport 5,000 of them over the next two years. Already, hundreds of letters have been sent out urging refugees to voluntarily repatriate themselves and by the middle of September, six Afghans had been sent back. Other German states, including Bavaria and Baden Württemberg to the south, should soon follow Hamburg's lead.

Even if they knew it was coming, news of the deportation policy has unnerved the Afghan community. "Everyone's in shock, but nobody likes to talk about it," Solleimanie says. "Sure we knew the criminals would get sent back, but not people like me who have been here for six years." 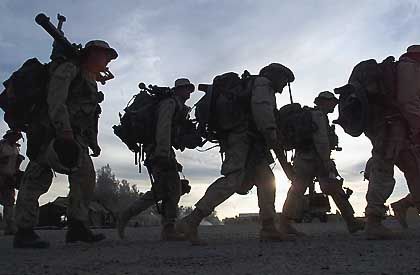 While the war is officially over, the country is still instable and foreign soldiers are still hunting down remnants of the Taliban.

And yet, the policy of forced return should not come as much of a surprise. During the war in Bosnia-Herzegovina in the mid-1990s, Germany took in as many as 345,000 refugees. Many of them were granted the right to stay, but tens of thousands were also forcibly removed. Refugees from Kosovo were likewise repatriated. While over 80 percent of the 100,000 Kosovo-Albanians returned voluntarily, some 18,000 of them had been deported by the end of 2004. Due to an uncertainty security situation in the region, however, Roma and Serbs remain exempt from the forcible return policy for Kosovo refugees.

It's an exemption that many Afghan community leaders, human rights advocates and a number of German politicians feel should now be applied to Afghan refugees. They are incensed. Not only is Afghanistan far from secure, they say, but returned refugees have virtually no future in their homeland. Even Germany's own foreign ministry has a warning posted on its Web site that, "Government security forces are not in a position to secure law and order across the country." Furthermore, the Kabul government has little control over vast regions of the country and 70 percent of the population is undernourished. Although the capital is more stable than most parts of the country, periodic bombing continues and the city is crippled by a massive influx of displaced people.

Indeed, Afghanistan's post-conflict challenges have been exacerbated by the 3.6 million refugees who have already returned. Earlier this year, Afghanistan's minister for repatriation and refugees, Mohammad Azam Dadfar, said he could not take responsibility for refugees being returned from Germany and called deportation plans "counterproductive." When he met Hamburg Interior Minister Udo Nagel this spring, he asked him to "abandon any such plans."

Germany is not a country of immigration

Nagel, for his part, makes no apologies for the deportations. He insists that Germany has fulfilled its duty to Afghan refugees and is proud of his nation's asylum policy. The bottom line, he insists, is that Afghanistan is now safe. He even paid a short visit to the country before the ban on repatriation was lifted in May this year. "When a crisis has passed, and emergency assistance is no longer required, then refugees should return, because their country needs them to help the reconstruction," he says.

Nagel also notes that the twice weekly flight to Kabul from Frankfurt was booked solid with holidaymakers throughout August. His point is clear: Afghans who have been granted permanent residency in Germany are happy to return to their homeland. The others are just trying to exchange their refugee status for immigrant status. Then, puffing on his trademark pipe, he repeats a line cited often by German conservatives: "Germany is not a country of immigration."

Another conservative politician, Jens Grapengeter of the Christian Democratic Union, spent three-and-a-half weeks in Afghanistan this summer. He found much of the country to be extremely dangerous, and not suitable to accept returning refugees. But Kabul is safe, he says, and that is all that matters.

"It's not acceptable that some people not go back just because it's nicer here," Grapengeter, a member of Hamburg's state parliament, says. "We gave them security in wartime, that's our duty, but now that it's possible to go back, their time here is finished."

Solleimanie, for his part, initially decided to ignore the writing on the wall. He received a letter in May providing him with two options: He could leave willingly and the German government would help him set up a new life in Afghanistan, or he could resist, and be sent back with nothing.

The young Afghan decided to let the first deadline slide, not believing he could actually be sent away. Then earlier this month he received the dreaded second letter. "On September 21," it said, "you will be sent back to your homeland, it's your right to take 20 kilograms of luggage with you."

Working for two hours a day

Those facing expulsion are part of Germany's latest wave of Afghan immigration. For the most part, their countrymen who sought refuge beginning when the Russians invaded in 1979 were granted political asylum. Men like Solleimanie who fled the Taliban have had a more difficult time and have encountered a Germany that -- particularly after the Sept. 11 terrorist attacks in the US -- is less receptive to refugees. They were, of course, accepted, but were given only a temporary status. Physically they were safe, but they had no real opportunity to build a life in Germany.

In short, Afghans like Solleimanie are caught in a legal limbo where, while the government supports them, they are provided with few freedoms. They are only permitted to work for a maximum of two hours a day, are required to live in housing projects erected solely for asylum seekers, and cannot travel more than 20 kilometers from the city in which they live without official permission. 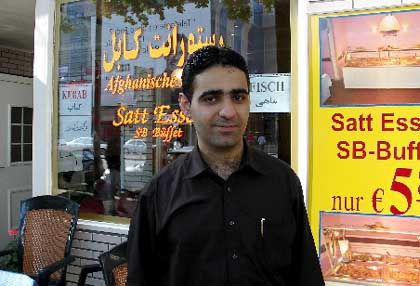 Mohammed Ahmadi has been allowed to stay, but he is worried about his sister and her family.

"A former Afghan government minister lives in Hamburg and all he gets to do here is clean floors for two hours a day," says Rafiq Shirdel of Afghan Information, a support group for Hamburg's Afghan community. "Another guy used to be a secretary in the foreign office, and now he is only allowed to work two hours a day in a McDonalds."

The consequence of this policy, critics say, is that not only are Afghan refugees unfairly sent back to a country that is ill-prepared to absorb them, but they have little to contribute when they return.

"It's not just to send the people back with no profession, give them no money and not allow them to take tools with them," said Antje Moeller of Hamburg's Green Party. "They reach Kabul with nothing."

Indeed, Hamburg's Interior Minister acknowledged the problem, but insisted it was unavoidable. Where jobs are concerned, Germans have to come first. "We have to protect the German work market," he insists, noting Germany's nearly 5 million unemployed. "If there's no work for Germans, then there can't be any for Afghans either. Lots of Germans can't even get a place on a training course."

Even Afghans who have thrived in Germany -- and there are many -- are upset by the prospect of their countrymen facing forced repatriations. Mohammad Ahmadi, a waiter in Hamburg, is grateful for his job and in mid-September was still celebrating his recently awarded German citizenship. But his celebrations were muted; his sister is still threatened with deportation.

"My sister is married and has two children and now she's worried they'll have to go back even though the children grew up in German schools," Ahmadi said. 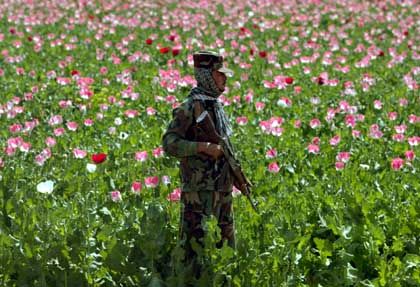 The family sought refuge in Germany after the Taliban kidnapped and imprisoned his father, who owned a shoe factory in Afghanistan. They lost everything. But claiming political asylum has been complicated for Taliban victims largely because the ultra-fundamentalist movement was not recognized as Afghanistan's legitimate government by the international community. Ahmadi only succeeded because he could prove his father was tortured and because he himself now has a job.

Like many Afghan refugees living abroad, he hopes to one day return to what he still considers his home. "I still want to return to my country," he says. "But the situation is not safe enough. I couldn't imagine being there.... The Taliban is still there, they've just shaved their beards off."

For Solleimanie, hope of being allowed to remain in Germany is quickly running out. He was granted a stay by a Hamburg judge, but only until October 2. And given a 99 percent rejection rate, his chances of being granted political asylum are slim.

"I'd happily go back to Afghanistan if there was a possibility to work there and more opportunity," he reflected. But right now he is petrified. "It's not because of the Taliban; it's because of ordinary people. I don't know what to expect -- I haven't been there for six and a half years, I don't have anyone there and I am scared to death."