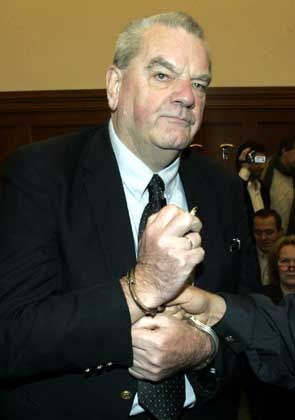 David Irving has been released from prison in Austria.

Vienna's highest court has ruled that controversial British author David Irving can be released from jail. The court granted the right-wing historian's appeal against his three-year sentence and ruled that he could serve out the remainder of his term on probation.

The court rejected calls by the prosecution that his sentence be increased. Instead it reduced his sentence from three to two years, with one of those years to be served on probation. As he has already sat in jail since his arrest in November 2005, the ruling means he can be released from prison immediately.

During his one-day trial in February, Irving had pleaded guilty to the charge of denying the Holocaust, an offense punishable by up to ten years imprisonment under Austrian law.

The revisionist historian was arrested on charges relating to two speeches he gave in Austria in 1989, when he contested the existence of gas chambers in Auschwitz and said that those who had died at the concentration camp had succumbed to diseases such as typhus rather than execution. He escaped an arrest warrant in 1989 but was arrested when he entered the country last year.

Irving appeared in handcuffs to hear the verdict in the packed courtroom on Wednesday. The prosecutor Marie-Luise Nittel argued that Irving's words should "in no way be underestimated." She said Irving was like "an idol, whose words provide the basis for the right-wing scene."

Irving's lawyer, Hebert Schaller, argued that his client, who is 68, should be freed because of his age and the fact that his wife is ill. After the hearing Schaller told Reuters, "He is free and can leave, and he will leave."