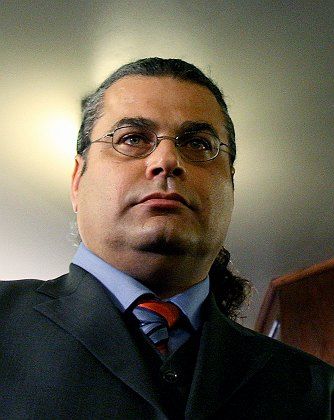 The case of Khaled el-Masri has managed to drive a wedge between Washington and Berlin.

The German investigation into what exactly happened to the German citizen Khaled el-Masri, and who was responsible, is becoming an increasingly prickly thorn in the side of Germany-US relations. Indeed, after a Munich court issued arrest warrants against 13 CIA agents at the end of January for complicity in his kidnapping and subsequent torture, high-ranking US diplomats sought to convince the German government not to expand the search for the perpetrators internationally, German government sources have told DER SPIEGEL.

Following the Jan. 31, 2007 issuing of the arrest warrants, US diplomats spoke with foreign policy advisors of German Chancellor Angela Merkel to express Washington's displeasure that the case was being forwarded to Interpol, the international police organization that facilitates policing cooperation among 186 member countries -- including the US and Germany. In addition, a representative of the US Embassy in Berlin likewise visited the Germany justice ministry to speak with the official in charge of international legal issues.

Despite the diplomatic offensive -- and despite misgivings in Berlin -- the government agreed to forward the case to Interpol on Feb. 21. Were they to have honored the US request not to get Interpol involved, it would have been a first in German history. Now, Interpol is searching for 10 of the 13 agents involved with the aim of arresting them and extraditing them to Germany for trial.

El-Masri was abducted in Macedonia in late 2003 before being handed over to the CIA and flown to Afghanistan in early 2004 as part of the "extraordinary renditions" program, which saw terror suspects abducted and flown to third countries for interrogation and, in many cases, torture. El-Masri says he was beaten and sodomized while in prison in Afghanistan. Five months later, after the US apparently realized it had arrested him in error, he was flown back to Europe and released on the side of a road in Albania. No charges were ever filed against him.

El-Masri has since taken the US to court seeking damages of at least $75,000 (€57,000). On Friday, though, a federal appeals court affirmed a lower court's dismissal of the case. The judge agreed with US government lawyers that to pursue the case would expose sensitive information on intelligence operations.

The case of el-Masri, who has German citizenship but is of Lebanese descent, is not the only case in Europe focusing on possible misconduct of CIA agents. Prosecutors in Milan want the Italian government to get Interpol involved in their hunt for 26 Americans, many of them CIA agents, accused of having assisted in the kidnapping and imprisonment of the Egyptian Hassan Mustafa Osama Nasr, also known as Abu Omar. He had been granted refugee status in Italy and was abducted in Milan in December 2003 before being flown to Cairo where he was tortured so badly that he suffered major kidney damage.

Similar criminal investigations are also being carried out in Portugal and Switzerland.

Washington has done little to conceal its displeasure at these investigations. Just last week, John Bellinger, a legal advisor to US Secretary of State Condoleezza Rice, criticized a recent European Parliament report on renditions. Calling it "unbalanced and unfair," Bellinger also suggested that the US would not comply with extradition requests from Italy should they be made. "I do think these continuing investigations can harm intelligence cooperation," he said. "That's simply a fact of life."

In response to the EU's demand that the US terror-suspect prison at Guantanamo be closed, Bellinger chided Europe for not doing its part. "We have not seen Europe has been willing to help," he told reporters in mid-February. "We have seen many statements from European governments that Guantanamo must be closed immediately. It's not clear how Guantanamo would be immediately closed. Europe has been prepared to criticize  but has not been prepared to offer a constructive suggestion."