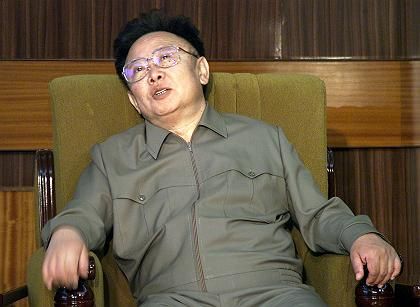 North Korean dictator Kim Jong-Il is supposed to be a communist atheist. So why has he made promoting the Russia Orthodox Church his latest pet project?

On August 13, the country's first Orthodox church is to be opened in the capital city of Pyongyang. Russian Metropolitan Bishop Kyrill, second in command within the Church after the Patriarch, will travel to Pyongyang to christen the new house of worship.

"The consecration of an Orthodox church in the North Korean capital is a great event in the religious life of this country and in relations between the Korean and Russian people. Our Church also attaches special importance to the development of Orthodoxy in the Korean peninsula," Archpriest Nikolai Balashov, a member of the delegation, told the Interfax news agency.

But in North Korea, freedom of religion exists only in name, and the reasoning behind Kim's current favoring of the Orthodox religion remains unclear. What is known is that the dictator first came up with the idea of building the church on trip to Russia in a 2002 during which he visited an Orthodox house of worship.

The next year, he sent four young men from the newly established North Korean Orthodox Committee -- all of whom had worked for the North Korean intelligence service -- for spiritual training at the Orthodox Seminary in Moscow. During a crash course, the men were taught to become servants of the Church. There, they exchanged their dark suits with Kim's insignia for priests' robes. Following their visit to the seminary, the freshly baptized Christians, who had previously known nothing but the personal ideology of Kim Jong-Il and his father, were sent to the far eastern Russian city of Vladivostok for practical experience. Fyodor Kim, one of North Korea's new Orthodox deacons, admitted that it had been "very difficult" to adopt the Orthodox religion. But he didn't have much choice: the "Dear Leader" had already made the decision to build the church.