The electricians are still at work in Washington's Federal Court, just one block from the Capitol. High-speed Internet connections are being hooked up as are giant video screens complete with surround-sound -- the final preparations for what journalists are already declaring the trial of the year. And it has everything: White House plotting, lying officials, and the war in Iraq. CNN is begging the judge to make the audio recordings of the trial available.

The United States of America v. I. Lewis Libby begins at 9:30 a.m. sharp on Tuesday morning. Libby, former chief of staff for Vice President Dick Cheney, is accused of having lied in order to cover up "concerted action" by the White House to "discredit" an enemy of US President George W. Bush. In other words, perjury and obstruction of justice. The Yale graduate is facing up to 30 years in prison.

Libby is on trial for just one tiny segment of the propaganda battle the White House used to justify the invasion of Iraq: the Valerie Plame affair, as non-transparent as it is complicated.

Patrick Fitzgerald, one of the most competent prosecutors in the United States, spent two years and a half working on the case. The workaholic slept in his office, piling up dirty laundry and fast food leftovers in his file cabinets. But the Bush administration is fighting to avoid Libby's conviction as resolutely as it is struggling to win the war in Iraq. And of course the administration is also struggling, in these rather bleak times, to avoid at least this one humiliation.

Dick Cheney - known mainly for his generous interpretation of presidential privileges - has offered to act as a witness for the defense. And the White House, normally intensely concerned about secrecy, has generously provided Libby's lawyers and the court with numerous classified documents to help out.

Libby's defense team is equally impressive replete with four star lawyers and well funded. Friends of the White House, such as publisher Steven Forbes and former CIA leader James Woolsey, have donated a total of at least $3 million to the defense. A special Internet site has been set up celebrating Libby as a "true unsung hero in the war on terror."

Before Christmas, rumors were still circulating in Washington that Bush would simply pardon Libby. But the risk associated with such a move must have seemed too great even to the most daring lawyers in the White House. Now the only hope left for the Bush administration is that the case has become so complicated that Americans are no longer able to make neither heads nor tails of it.

Which is a distinct possibility. Even the quick and dirty version of the Valerie Plame affair is complicated enough. Joseph Wilson, a former US diplomat, travelled to Niger before the war in Iraq in order to verify secret service reports claiming that Saddam Hussein was buying uranium there for his presumed nuclear weapons program. He found out the story was a complete fiction - but Bush and Cheney continued to use the claim to beat the war drum. Wilson then humiliated the White House by going public with his findings. The mud slinging that followed was led by Libby, "Cheney's Cheney" as he's called in Washington. Even before the Plame affair he had attracted attention as being an eager propagandist.

In the end, even the name of Wilson's wife -- Valerie Plame, an undercover CIA agent -- was made public. And with that, a crime had been committed. But whodunnit? Patrick Fitzgerald was called in to investigate.

He was thorough, and he was determined, confiscating the telephone records of Air Force One and interrogating the president as well as the key figures in the Bush administration. When that got him nowhere, he forced journalists to give him information, and New York Times journalist Judith Miller was jailed on civil contempt charges. Fitzgerald wanted reporters to tell him which member of the Bush administration had made Valerie Plame's name public.

The battle lasted for months. And at the end, one thing became crystal clear: The White House was full of leaks. But the first to release Valerie Plame's name was the politically reliable but notoriously talkative Richard Armitage. The Deputy Secretary of State at the Ministry of Defense passed the story on to a conservative columnist, but he also told his friend Bob Woodward from the Washington Post. The recording of this conversation is one of several pieces of evidence in the Libby trial.

Treason charges were thus mooted - and Fitzgerald faced a great deal of critique since he had already been familiar with the Armitage affair when he began investigating. But the prosecutor wanted a conviction, and kept going. There were a number of fibs and outright lies to investigate -- President Bush's campaign strategist Karl Rove was only able to save himself by citing a lapse of memory.

Libby gets bogged down in contradictions

But Libby, according to Fitzgerald, has lied repeatedly to the FBI and under oath to the grand jury. During his interrogation, Libby repeatedly stressed he had never known the name of Wilson's wife and that he had learned it from journalists. But in fact Libby learned that name from his boss, Cheney. And Libby leaked it to the press.

Before Paul Wolfowitz, one of Washington's leading neocons, lured Libby into government service, Libby earned his living as a defense attorney. He was a good lawyer, his friends say, sometimes very good. And so he's no longer even planning to deny what can no longer be denied: His testimony was false. 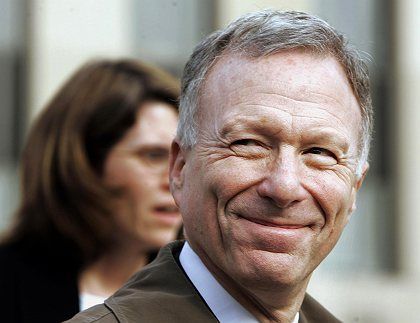 Instead, Libby is playing a different card. He's opting for a so-called "faulty memory defense," a method that is part of a notorious tradition in Washington. Richard Nixon is considered the tradition's founder: He advised his co-conspirators in the Watergate affair to tell the jury they couldn't remember the acts they were accused of. Large parts of the Reagan administration likewise suffered from collective faulty memory during the Iran-Contra affair. And now Libby also wants to swap out perjury for amnesia.

Libby's lawyers want to present the jury with the picture of a family man who worked hard for his country -- 14 hours a day, a tireless servant to US national security. The documents released by the White House serve the same purpose. They're meant to prove that Libby was so busy dealing with the war in Iraq, the Iranian nuclear program and the black market for nuclear materials run by Pakistani Abdul Qadr Khan that he simply forgot the nasty little moves of the Wilson-Plame affair during his interrogation. And Vice President Dick Cheney's job is that of convincing the jury the White House was never interested in taking revenge on Wilson for criticizing the war in Iraq.

While this help from the Bush administration makes a quick conviction unlikely, it's also risky. Libby's perjury look like a third-rate crime, but the lies used to justify the war in Iraq weigh down the Bush administration to this day. Special prosecutor Fitzgerald will have to prove how important it was to the White House to maintain the illusion that the reasons for going to war were sound - and how vengefully Wilson was pursued because of this. That will be the only way to convince the jury that Libby couldn't possibly just have forgotten the details of the campaign against Wilson.