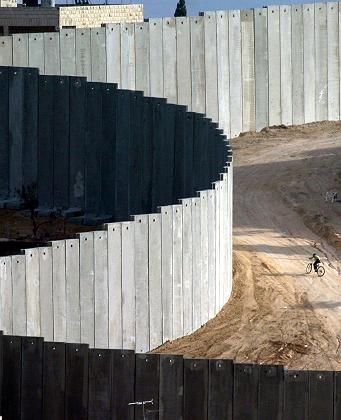 A fence protecting you from your neighbors is good. A little consideration is better.

Thou shalt love thy neighbor as thyself

Love your neighbour, yet pull not down your hedge

Our daughter had a sleep-over party with 11 11-year-olds a few years ago. It was a beautiful summer evening and the girls ran and played and made lots of noise, as kids will do, until we corralled them at about 10 p.m. The next morning they were all up and out again by 9 a.m.

Thats when our neighbor came by and complained about the noise, saying it was excessive. I immediately apologized and let him know all the trouble-makers would be carted away within the hour. As a goodwill gesture, I even tried to hush up the girls as best I could until their parents could arrive, as planned, at 10.

Worried about having annoyed the rest of the locals as well, when I saw the neighbor who lives on the other side of our house, I decided to apologize to him too. Oh gosh, no, he said. That was wonderful. My wife and I really enjoyed hearing all those children playing. That was something really special.

The German civil code states that a home-owner should enjoy his property in such a way as not to have any excessive deleterious effects on the neighbors. This rather flexible rule has landed many German neighbors in court in an effort to define exactly what excessive is. Some issues, tangible things like trees or bushes, are clear cut. But what defines excessive noise? Scottish bagpipes? Barking dogs? Children? What if your neighbor cant stand the smell of grilled meat? Would that be considered excessive too?

The German courts see thousands upon thousands of neighbor cases every year. Some seem quite petty and almost humorous: A complaint about croaking frogs in the neighbors pond ended with a victory for the frogs. Theyre part of nature, the court decided, and the sleepless neighbour needs to get ear plugs. The decision from a complaint about a barking dog in Cologne was a bit more nuanced. The mutt may bark for 30 minutes a day, in 10-minute intervals. As funny as the cases may seem, rest assured that behind them are weeks of arguments and a fair amount of insults being tossed back and forth across the picket fence.

Should you end up living in Germany, however, knowing how to deal with the neighbors is vitally important. The following is a brief list of the ordinances and rules you need to know:

QUIET TIME (Ruhezeit): Quiet time is from 8 p.m. until 7 a.m. and all day Sundays and holidays. A little quiet snoring is allowed, but house and garden appliances and machinery are off limits. No midnight clothes washing or Sunday afternoon lawn mowing.

The southern German state of Hesse used to have a legally mandated quiet time from 1 to 3 p.m. every afternoon. It was  repealed last year, but many will still ask you to keep it down during this time. You are, of course, fully within your rights to ignore such requests -- after all, the law is on your side should you want to practice drums in the garden after lunch -- but keep in mind that you have to live with these people.

If you have any specific questions, like: Can I use my brand new Super X-G ACME chainsaw to trim daisies on sunny summer afternoons?, ask the Ordnungsamt representative (usually located in your local city hall).

WASHING YOUR CAR: Generally not allowed because of the chemicals in the soap seep into the ground water. Still, you can get away with it (use dish soap) as long as none of your neighbors complain.

BARBEQUES: The general rule is that youre only allowed to grill once a month. Of course many of us grill much more often in the summer months. Whats important is that the smoke and smell does not bother your neighbors. If you live in close quarters, perhaps just let your neighbors know when youre firing up the grill so they can close the windows, or move your grill to the other side of the garden.

PARTIES: Generally you are allowed to make noise outside until 10 p.m. Again, it may not be excessive. The rubber-rulebook also says you may have bigger parties up to four times a year. If youre planning a major bash, perhaps it would be a good idea to tell the neighbors ahead of time, or better yet, invite them too.

SIDEWALK AND STREET: The homeowner (or renter) is responsible for sweeping the sidewalk and street in front of the house. You also need to pull out the weeds in the sidewalk. (Note: Keep the front of your house clean and tidy -- it will make your neighbors happy.)

SNOW: You must shovel and sand/salt your sidewalk between 7 a.m. and 8 p.m. If someone slips and breaks their leg in front of your house during this time, you will be liable. (Note: if you have an elderly neighbor, go ahead and shovel their walk too. Youll gain a bunch of brownie points for the next grill party.)

BOTTOM LINE: You can pick your friends, but you cant pick your neighbors. Its the luck of the draw -- they can be great or grouchy (and all you need is one grouchy geezer to make life miserable). Be friendly and helpful. Avoid conflicts if you can. Compromise. And most important of all: talk to them. If you don't, chances are they won't.

Contributed by Rasa Hiob, a self-proclaimed "lifer" in Germany originally from New York. Rasa has been in Germany for 19 years and lives in Bad Soden.