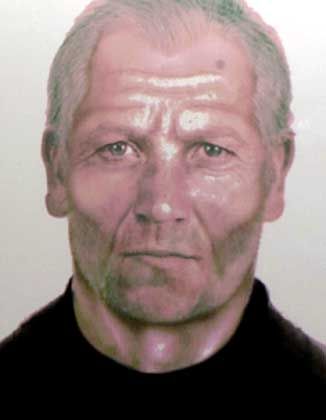 A computer generated photo-fit image of Mafia boss Provenzano. The last picture police had of him was taken when he was 25. They had since been using computer depictions of how he might have aged.

Italian police on Tuesday arrested Sicilian mafia boss Bernardo Provenzano, Italy's most wanted man, who had been on the run for more than four decades, in Italy's biggest blow against the crime syndicate in over 13 years.

He was arrested while hiding in a farmhouse near Corleone, the Sicilian town which gave its name to the fictional family in the Godfather films. "Thank God. The hunt is finally over," Palermo police chief Giuseppe Caruso said according to Reuters.

Provenzano, known as the "Phantom of Corleone" has been running the Mafia since former "boss of bosses" Toto Riina was arrested in 1993. Said to have been wearing jeans and a pullover, he put up no resistance and acknowledged his identity after first denying it. He was flown by helicopter to a secret location in Palermo.

Italian President Carlo Azeglio Ciampi expressed his delight over the arrest to Interior Minister Giuseppe Pisanu, a statement from the presidential palace said.

Provenzano, 73, has been wanted since 1963. He had been sentenced in absentia to life in jail in connection with the Mafia's most notorious crimes of recent decades, including the killings in 1992 of top anti-Mafia magistrates Giovanni Falcone and Paolo Borsellino.

The last picture police had of him was taken when he was 25. They had since been using computer depictions of how he might have aged, aided by information from turncoat Mafiosi. Police said they had found cryptic notes on small pieces of paper known as "pizzini" which Provenzano used to communicate with accomplices and his family.

Provenzano's aura of invulnerability is now dashed. It seems he suffered one of the traditional fates of mafiosi -- betrayal. He faces the rest of his life in jail.

As a young man he was known as "Binnu the tractor" because of the way he mowed down enemies while he was a rising hitman of the Corleone clan. His ability to evade capture for so many years while remaining in Sicily had become legendary. Police came close to arresting him many times but he managed to elude them, often at the last minute. His wife Saveria and two children have lived in Corleone since 1992. For years she ran a Splendor laundry shop.

In the past 13 years that he had been running the Mafia, investigators say Provenzano instituted a "gentler" style he hoped would lessen pressure from the police and allow it to get on with running extortion and drug trafficking rackets. A "Pax Mafiosa" settled over the islandas the Mafia stopped killing its enemies -- police officers, magistrates and politicians -- or its own members.