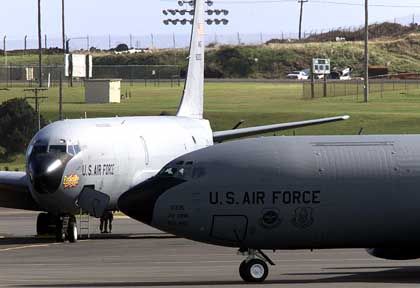 The proceedings in Milan's historic Palace of Justice on Tuesday morning were kept under tight wraps. Judge Caterina Interlandi was holding court on the seventh floor, behind closed doors -- and only lawyers directly involved with the case were allowed to enter. The governments in Rome and Washington would have preferred if the hearing had not taken place at all.

However they had not reckoned with Armando Spataro. Without the lively Milan prosecutor, who is balding and has a moustache, things would never have got quite so far.

The case being heard behind the court's doors could turn out to be highly unpleasant for Washington and Rome. Judge Interlandi must determine whether 26 CIA agents and five Italian secret service agents are to be indicted for one of the boldest kidnappings of a terror suspect to happen yet. If the court takes the case, it would be the first time anyone has been tried in connection with the CIA's controversial "extraordinary renditions" program. Under the secret renditions program, suspected terrorists were kidnapped and interrogated at secret "black" sites.

There was no immediate result after the hearing on Tuesday, except the announcement that the case was adjourned until the end of January.

The statements afterwards were nevertheless revealing. For example, Daria Pesce, the lawyer representing former Milan CIA bureau chief Robert Seldon Lady said she was withdrawing from the case. "Robert Seldon Lady said that a political and not legal solution should be found." Her client, she said, would prefer "an agreement between Italy and the US" to a trial.

Pesce described her client as "disappointed" by the Italian officers because they revealed details of the operation they had sworn to keep secret. "He feels betrayed because he is still convinced he did the right thing for the US and all the other countries fighting international Islamism," she said.

Via Ramstein to an Egyptian torture jail

Lady's position is understandable, because the case is an embarrassment. The fate of the Egyptian imam Osama Moustafa Hassan Nasr, better known as Abu Omar, is one of the best-documented cases of the controversial abductions by the US. In February 2003, a CIA team kidnapped the radical cleric in Milan as he was on his way to his mosque. From the point of view of the US investigators Abu Omar was a suspect who could have knowledge of the activities of jihadists in Europe -- perhaps. 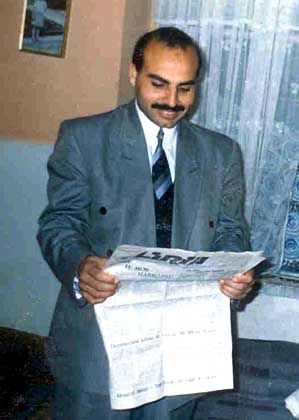 Osama Moustafa Hassan Nasr, also known as Abu Omar, who allegedly was kidnapped in Milan by the CIA.

In these kinds of situations, things are rarely done gently. Drugged and tied-up, Abu Omar was bundled into a white mini-van and taken to the US base at Aviano, and then by jet via the US airbase in Ramstein, Germany more or less directly to an Egyptian jail. During his weeks of interrogation there, Abu Omar claims to have been tortured by the local officials. In a letter that was smuggled out of the jail, he reports of electrical shocks and writes that his face has been disfigured by these methods. He is being held in a jail in Alexandria to this day.

It is now known that in the fight against international terror following the Sept. 11, 2001 attacks this was common CIA practice -- something the US has indirectly admitted, without expressing any regret. Instead of waiting for the necessary due process, the agency preferred to kidnap those it had decided were suspects. Instead of placing them in US jails they were stuck in holes somewhere in countries that were known for torture and therefore speedy interrogation results. It is precisely these practices that are now the subject of several investigations in EU countries.

During their tough actions the bosses back home in the US probably never expected that they would ever have someone like prosecutor Spatoro spying on them in turn. He has impressive evidence in dozens of files. He knows the names of the CIA agents. He knows when and where they travelled to Italy, who they called and when, in order to kidnap Abu Omar. Even their fondness for luxury hotels is in the files -- and that they collected valuable frequent flyer miles. There is no point talking about a secret operation any more.

No other case has caused so much internal disquiet in the CIA as the arrest warrants from Italy. Even if the White House has promised that there is no need to fear prosecution or extradition, there is concern in the agency about what will happen after President Bush leaves office. The Democrats now control Congress and hearings about the CIA program are looming. Legal insurance has been the hot topic among CIA agents for months. The agents are aware that the small fry are always the first to be sacrificed.

In the case of the kidnapping in Italy, this concern is well founded. After all it is the names of the CIA worker ants that appear in the indictments. Due to Spataro's tireless efforts they will also be issued arrest warrants in the European Union. From now on the agents will have to worry about possible arrest during any future foreign visit -- even if one of them just wants to visit Florence instead of Florida with his wife. However the Italian Foreign Ministry never sent the prosecutor's extradition warrant -- out of loyalty to its partner, the US.

"One day we will all be in court"

The dark prediction of Cofer Black, the CIA's former head of counter-terrorism, is being remembered in corridors of the agency these days: "One day we will all be in court for what we are doing now." At the same time, the agents of what is supposedly the best secret service in the world didn't act particularly clandestinely in Milan. Many now shake their head in disbelief that it only takes a few Google searches to find the first traces of the CIA's aircraft. The term "secret flights" is long obsolete.

Even the agents were not much of a secret. Of the first 13 suspects public prosecutor Spataro was able to identify, 11 were easily traced back to the CIA. The insurance numbers and post office boxes they kept in Virginia revealed more than they hid.

And even though it is now clear that the CIA acted carelessly in Italy, the fact that high-level agents in Rome gave their nod of approval to the operation has only served to increase anger over their negligence. "It's not only bad tradecraft, but it's stupid," commented Richard Stolz, a former CIA deputy director of operations.

Even for the renditions program, the action in Italy was highly unusual -- and also particularly risky. In most operations, countries arrested suspected terrorists and then turned them over to the United States. But in Italy, the CIA chief in Rome was looking to achieve his own success, and insiders believe that goes a long way towards explaining why the CIA there played a direct role in the kidnapping. "If I had taken a plan to my bosses to kidnap someone in Europe, it better have been Osama himself, and I doubt I would have gotten permission even then," said Michael Scheuer, former head of the CIA program.

Threats against Berlusconi and Romano Prodi

There's more to the Milan case than simply a suit against CIA agents (who wouldn't even be present in the Milan Palace of Justice if it were to be heard). Instead, it is the Italian secret service and the former government of Silvio Berlusconi who will be placed in the political dock. Berlusconi routinely swears that Italy never would have permitted or provided help for any operation like this. But few believe him these days. In fact, it appears unlikely that the operation would even have been possible without logistical aid from the US's close partner.

The most extensive testimony could come from a former Italian agent who also now stands as a defendant. For months, former Italian top spy Nicolo Pollari refused to testify. Now he is threatening what could be an almost "spontaneous defense." But his lawyer says he would only be willing to do so if Berlusconi and the current prime minister, Romano Prodi, also appeared in court. For the time being, the main issue is to lift the veil of secrecy that had initially been imposed on the Abu Omar case. Still, uncomfortable questions would likely be directed at the top politicians.

It's still impossible to tell if the Milan trial will even open. Nevertheless, through sheer persistence, Prosecutor Spataro has already cut his way through considerable political resistance. At the end of the day, the decision will lie with the judge, who is under enormous pressure. So far, the judge has held up well under pressure -- so much so that German Prosecutor Eberhard Bayer has described his colleague's work as "excellent." Bayer has often met with Spataro and spoken to him on the telephone because he is currently investigating CIA planes that landed in Germany and were involved in Abu Omar's kidnapping.

"If a crime is a political one, it still remains a crime"

However, it is unlikely that Bayer's case will ever progress as far as the Milan investigation. "We've hit a dead end because the Americans aren't providing us with any information," Bayer said. But Bayer does know that Abu Omar was taken to Egypt on a flight that also landed at the US air base in Ramstein, Germany, which is also under his prosecutorial jurisdiction. Each time he contacts the base, authorities tell him politely but firmly that Washington has instructed them to provide no information whatsoever. "To be honest, we're at our wits end," Bayer said.

But prosecutors in Germany are following the progress in Milan with great interest. Privately, they hope the trial will open -- almost more because of the hard work of their colleague than because of their hopes for a public tribunal against the CIA.

"Of course it's true that we're dealing with big political issues here," says Bayer, deliberately speaking in abstract terms. "But even if a crime is a political one, it still remains a crime."