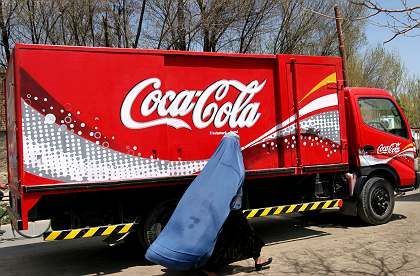 If this burqa is keeping you from getting a job, Amsterdam Social Affairs Alderman Ahmed Aboutaleb argues, you shouldn't be wearing it.

The Multicultural Netherlands is having a serious identity crisis. These days, the country's immigrant melting pot is feeling more like a powderkeg. The latest spark in Holland's mini culture war came this week from the social affairs alderman for the city of Amsterdam, who says women who wear burqas are having trouble finding jobs. His solution? Take it off or lose your benefits.

Ahmed Aboutaleb has proposed introducing legislation that would allow the city to cut welfare payments to women who insist on wearing a burqa if it can prove the full-body covering is the reason she can't find a job.

"Nobody wants to hire someone with a burqa," he told the Dutch women's magazine Opzij. "In that case, I say: off with the burqa and apply for work. If you don't want to do that, that's fine, but you don't get a benefit payment."

Aboutaleb, a member of Amsterdam's Labor Party (PvdA) and a Dutch citizen of Moroccan descent, made the comments in response to a recent ruling by Holland's Equality Commission siding with a Muslim woman who refused to shake hands with men at work.

The politician questioned whether she should be involved in education, with such rigid self-restrictions. "She has to realize that her behavior is building enormous obstacles for her in almost every situation. This woman must recognize that she is sidelining herself and that she runs the risk of being turned down for other jobs, too."

In the wake of the murder of Dutch filmmaker Theo van Gogh by an Islamic extremist in 2004, the country, once thought to be an exemplary multicultural society, began to question how well its Muslim immigrants have been integrated. Since then, the center-right government of Prime Minister Jan Peter Balkanende has introduced laws that make it harder for married immigrants to bring their partners with them to Holland and that require prospective immigrants to take tests in their homeland on their knowledge of the Dutch society and language before they can come to the Netherlands.

In December, the Dutch parliament in the Hague approved a law that would make it illegal to wear a burqa in public spaces. However, a commission is now seeking to determine whether the legislation is compatible with European human rights laws. The legislation was introduced by Geert Wilders, a conservative member of the Dutch parliament who was included on the same hit list that included Theo van Gogh and Ayaan Hirsi Ali, the makers of the film "Submission," which is highly critical of Islam's treatment of women.

Regardless of the outcome of the national law or the Amsterdam legislation, the ban would be more symbolic than anything else, since there are only an estimated 50 to 100 burqa-wearing women among the one million Muslims living in the Netherlands.

But Amsterdam sociologist Ruud Koopmans told the Süddeutsche Zeitung newspaper that a "ban on the burqa in public would be absurd. I would be surprised if the law goes through."