Going to the doctor can be a lot like playing the lottery: All you can do is hope for the best. Medical professionals who exhaustively ask their patients about their symptoms are rare. Some even prefer to expedite the process by simply reaching under a person's shirt and listening to their heart. The patient is back out in the waiting room almost before they can say, "Ahhh."

When it comes to health maladies, most Germans take a do-it-yourself approach. Fifty-eight percent will google their symptoms before looking for a doctor. And even once they've seen one, 62 percent of people will go home and double-check the doctor's conclusions online.

Then there are the chatbots. These are algorithms that have been programmed to have a conversation with a user about their symptoms -- and they are easier to use, and often more precise, than search engines. One of the most successful diagnostic apps is Ada Health. For months, this Berlin-based startup has been a topic of conversation among doctors and investors. The system can already perform some of the same basic services as a doctor -- and does so at no charge. Every three seconds, someone somewhere in the world turns to Ada Health for a preliminary diagnosis.

Founder Martin Hirsch looks not unlike the stereotype of a mad scientist. Messy hair, glasses and ballpoint pen in the breast pocket, he studied human biology and has founded a number of startups, including one unsuccessful search engine. His grandfather was Werner Heisenberg, who won the Nobel Prize in physics in 1932. Hirsch spent six years developing Ada before releasing a first version. "We're not talking about just anything here, we're talking about people's health," Hirsch says. Competitors like Google have since stopped laughing about the long time Hirsch spent developing Ada. "They can see that it works," he says.

With Ada, there is no waiting room full of patients, no doctor struggling to keep up. The software, which was named after the street in which the company is headquartered -- Adalbertstrasse in the Berlin district of Kreuzberg -- is straightforward and user-friendly. Enter a symptom into the app, such as a stomach ache, and it will guide you through a series of questions, like a real live medical consultation. How long has this been troubling you? Where is the pain located within your abdomen? Do you have any other symptoms? Afterward, the app presents its diagnosis, which isn't called a diagnosis because only doctors are allowed to diagnose patients. Instead, the app puts together an "assessment" that "outlines possible causes for your symptoms."

The smartphone becomes the interface between users and computer servers, where the patient's complaints are analyzed. Ada relies on doctors and medical students to make its algorithm smarter. Every disease has its own document, which is compiled by experts who pore over textbooks, essays, clinical guidelines or Wikipedia articles. Ada can already process thousands of different kinds of afflictions.

"We take the same approach as real intelligence: A doctor goes to medical school, completes a residency program and then applies that knowledge to individual situations," Hirsch says. Asking the right questions requires a basic framework of medical knowledge, and Hirsch isn't trying to outsource that to machines. Rather, his app creates a probability tree diagram so that users can see how it reached the conclusion that, say, a user's stomach ache is, in fact, appendicitis. A user can then print out the symptom assessment or send it to a doctor via email.

Ada hardly makes visits to the doctor superfluous. As useful as answering questions about one's symptoms can be, they can only tell a doctor so much. Ada can't see whether a patient's skin in discolored, nor can it poke and probe a patient's stomach. There's also the matter of data security. A doctor is bound by doctor-patient confidentiality, while technology companies must simply be trusted. But Ada is learning. It's conceivable that one day the app will integrate further information, such as photos of a user's skin, sensor readings, recordings from other apps and even genetic data, Hirsch says. Eventually he'd like to sell products that would be useful to users, such as medical tests or blood pressure gauges, to finance the service.

Ada is available worldwide, which can provide fascinating insights into regional differences. Take sexually transmitted infections (STIs), for instance. "We immediately notice whether a country has doctor-patient confidentiality. There are many queries from Arab countries about STIs because people there would rather trust an app than a doctor," Hirsch says. Or take wealthy neighborhoods in London and Berlin, from which Ada receives a constant stream of queries. 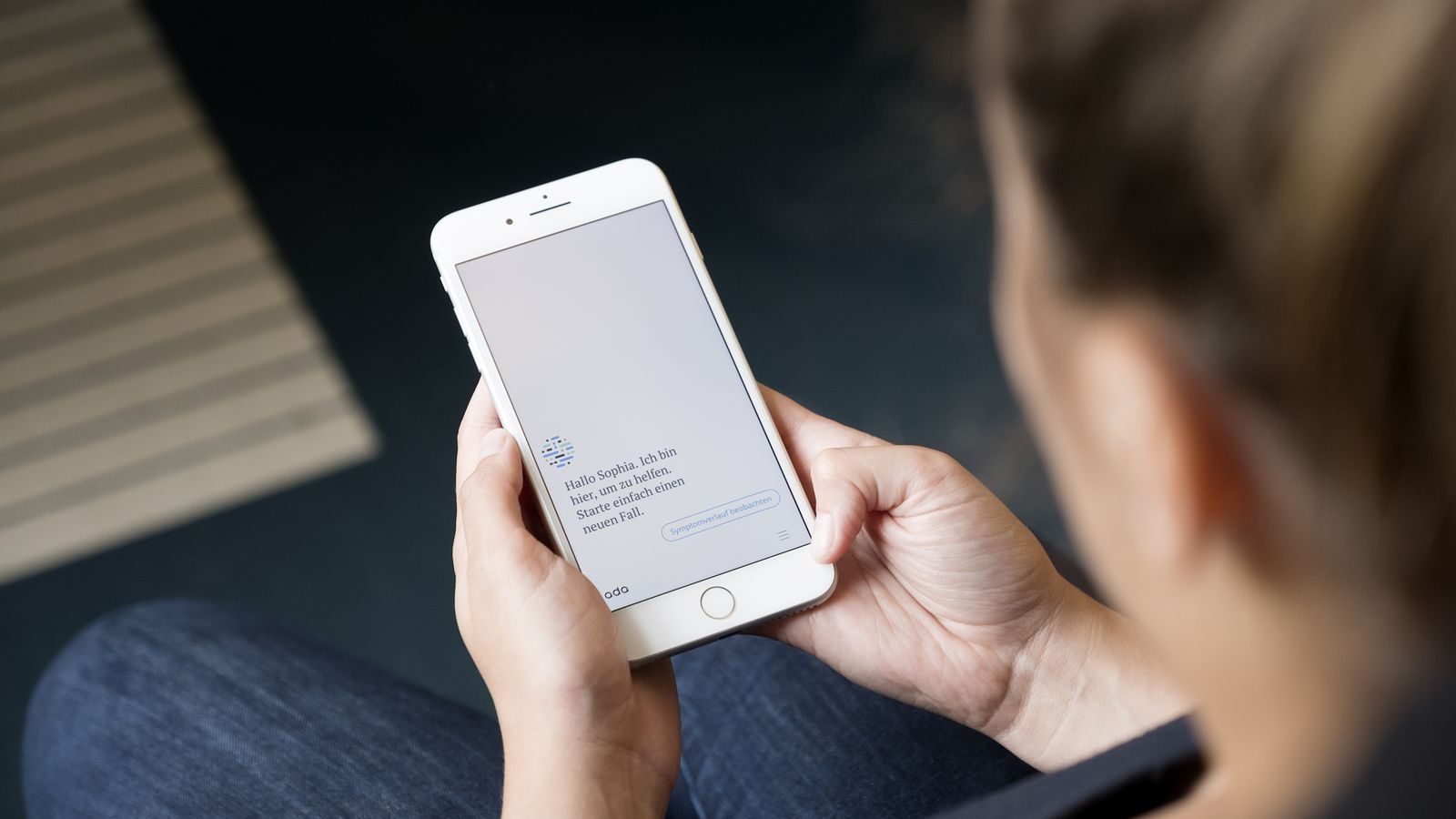 A health care app that may actually work