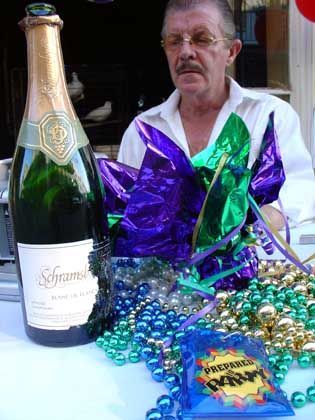 Finis Shelnutt and his bottle of sparkling wine.

It's not a sound which has recently been heard much in New Orleans' French Quarter: The loud pop of a cork shooting out of a fine bottle of sparkling wine. "Let the party begin," yells Finis Shelnutt -- and lights up a long, thin cigarette. Were he not sitting comfortably in front of his almost completely undamaged, three-story home, the tanned 53-year-old could almost be a tourist. The table in front of him is covered by a clean, white table cloth and surrounded by four bistro chairs. "I can hardly wait until we get power," he says, taking a sip from his glass. "Then we'll be dancing again in the streets."

Where does his optimism come from? "Didn't you hear the mayor?" Shelnutt wants to know. "He's on the case."

And he's right. On Thursday morning, the public was treated to a different mayor than the one who spoke to the nation two weeks ago. Leaving the gloom and doom behind, Ray Nagin was even able to grin. "It is a good day in New Orleans," the mayor said. "The sun is shining. We're bringing New Orleans back. This is our first step. We are opening up this city and almost 200,000 residents will be able to come back and get this city going once again." Next to the mayor was a huge map of the Louisiana metropolis -- a visual aid for Nagin's presentation of his new mission.

It's ambitious. Within the next 10 days, he wants to see 200,000 New Orleans residents return -- almost half the number that lived in the city before the storm. Where possible, they should return to their homes -- and already this week, tens of thousands came back to the only lightly flooded Kenner neighborhood to check out the damage to their homes. Many spent the day cleaning up branches and debris spread about by the hurricane, and cleaned out their stinking refrigerators. Lawn mowers could be heard and sprinklers splashed the thirsty patches of grass with the water now flowing through the suburb's pipes. 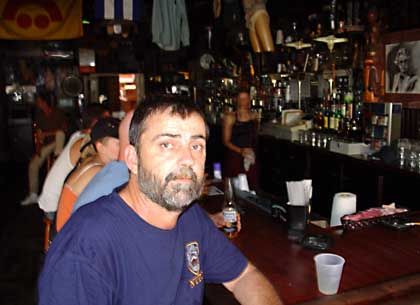 Bar owner Jim Monaghan kept his tavern open through the storm: It was cozy hanging out with my regulars.

Nagin has now asked all business owners to come downtown on the weekend and get started on the recovery project. Already, the skyscrapers are lit up at night -- from generators. Small businesses, restaurants and bars in the French Quarter are set to open soon as quickly as repairs can be made and the garbage and debris can be carted away. At the same time, Nagin wants to get those who lived in Uptown and Algiers -- two quarters only lightly damaged by Hurricane Katrina and its aftermath -- to come back. Just one week after that and the world-famous French Quarter should be once again ready for its residents.

The vision is a powerful one. After treating the world to days of horror and speculation about the future of the sunken city, Nagin's plan is emblematic. Hope, Nagin trusts, will be able to banish the pessimism of the past two weeks while at the same time functioning as a magnet for New Orleans's former residents. Even if 40 percent of the city is still under water and the pumps are laboring day and night, the strategy is clear: It's time for normality -- as much as possible at least -- to return.

But then, it's hard not to notice the edge of fear surrounding Nagin's vision. Without the spark of hope, evacuated residents -- and the thousands of companies that give the city its economic life -- may not come back. Already, there have been reports of some business owners getting calls from municipalities in other areas of the country -- not at risk of storms -- with promises of tax breaks should they wish to relocate. Nagin is doing his best to make such a move unattractive.

Which is why work is being carried out all over the French Quarter. Teams of non-English speaking workers in white overalls fight their way into restaurant cellars to free up the putrefied food stuck in fridges. The smell is overpowering. Bar owner Steven Altolle, in sweatpants and a sweat-drenched T-shirt, is helping to pack the goods without even using gloves. "The only thing in my restaurant that is not rotting is the schnapps on the bar shelves," he says cynically. As soon as he has got the stench out of the building, and electricity is up and running again, he intends to open up again. If necessary at the beginning just as a bar. "It might sound stupid, but New Orleans is not New Orleans without bars," he said.

Drinking Through the Storm

A block away "Mully's" is already drawing in brisk business. Workers, policeman as well as all the usual shady characters are all sitting side-by-side down the long bar. A rubber doll hangs behind the bar alongside dozens of flags and pennants. A tattooed and pierced waitress serves beer from a garbage can filled with ice. "The only thing that we are missing now is loud music," says 47-year-old bar-owner Jim Monagham. "I can't take this damned helicopter noise anymore." He kept his bar open even during the storm itself. When it started getting a bit drafty he just closed the heavy wooden doors. It was actually quite cozy to be hanging out there with his regulars, he says. 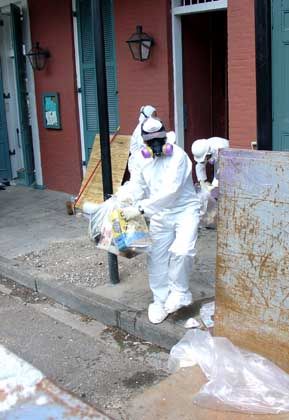 The mayor needs people like Monagham. It's not just the actual facts that are important in post-Katrina New Orleans. Just as important are the images and emotions that are coming out of the city. Instead of plundering and lawlessness, images of clean-up workers, bar-keepers and everyday citizens are now to dominate television screens across the country. The evacuees, strewn across the United States, should see that their city survived, that returning is a real option, that not everything is destroyed. And, that the spirit of a city loved the world over is still alive. Nagin wants to show the country that New Orleans can pull itself out of the mess it's in.

The Return of Sin

As over-exaggerated as the horror stories about New Orleans were, Nagin's own rosy picture of his city is hardly accurate. If the 200,000 people really are brought back in a week, New Orleans will be more divided than it ever has been before. Those returning would be the well-off and largely white residents of the city. While their neighborhoods were also implicated in the disastrous consequences of the levee's breach, the areas were not entirely destroyed. On the other hand, people from the poor parts of the city, like St. Bernard's, still have no chance of returning to their homes. Even if the pumps manage to pump out the water from their streets faster than expected, their houses are destroyed, the floors poisoned. Amidst all the seemingly good news and grand vision, these dark sides of New Orleans' reconstruction are often overlooked. 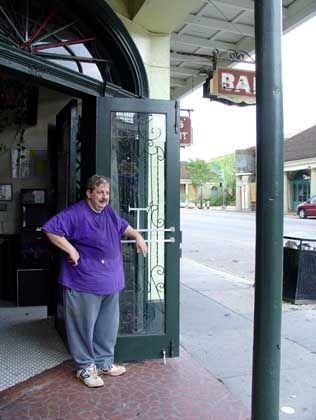 In the evening, the PR program continues. In the past few days, dozens of workers have labored to whip the hard hit "Whisky Bar" at the margin of the French Quarter, back into shape.

Things get going at 7 o'clock, somewhat earlier than in the days before Katrina -- but, necessarily so, because of the city's standing 8 o'clock curfew. A live band plays jazz music, while a group of around 50 people drink and listen. There are hardly any women in the quickly smoke-filled bar; that's because there are few women on the police force and among the volunteers. One of the men at the bar announced that there are rumors that the first prostitutes have come back to town. "Even sin returns," he says. His colleagues hoot. The return of prostitutes to the Big Easy, on Day 17 after Katrina, is a good sign.