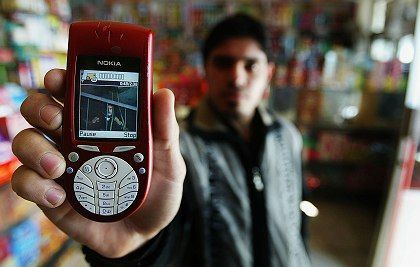 A video taken during Saddam's execution has raised hackles across the Sunni Muslim world.

With much of the Arab world up in arms over the hanging of former Iraqi dictator Saddam Hussein on Saturday, it didn't take long for Libya to jump into the fray. The government in Tripoli announced on Thursday that it was planning to erect a statue of Saddam, depicting him standing on the gallows. He will join a similar monument to the Libyan freedom fighter Omar Mukhtar, a national hero who was executed in 1931 after fighting against the Italian occupation.

"The revolutionary committees have decided to erect a statue of Saddam Hussein standing beside Omar Mukhtar on the gallows," the government said in a press release.

Following Saddam's execution, Libyan leader Moammar Gadhafi declared three days of mourning and flags on government buildings were flown at half mast. One day prior to Saddam's death, Gadhafi had said that the former Iraqi leader was a prisoner of war and should be tried by the United States and Britain instead of in an Iraqi court. Saddam was hanged for the massacre of 148 Shiites in the village of Dujail in the 1980s.

Meanwhile, the controversy over the Saddam hanging video, which shows guards taunting the dictator on the gallows just moments before his death, continues on Friday. Investigators have reportedly identified the two guards who made the film with their cell phone cameras. Both have now been arrested Sami al-Askari, an aid to Iraqi Prime Minister Nuri al-Maliki, told Reuters. The hanging, already controversial for having taken place on the eve of the Muslim holiday Eid al-Adha, was widely criticized due to guards yelling "Go to hell!" and chanting the name of a Shiite cleric as Saddam died. The taunting has sparked demonstrations by Sunnis in Iraq as well as in other Muslim countries.

"I wish, obviously, that the proceedings had  gone in a more dignified way," said US President George W. Bush on Thursday at a White House news conference with visiting German Chancellor Angela Merkel. "But nevertheless, he was given justice. The thousands of people he killed were not."

In a related story, investigators in Houston, Texas were looking into the death of 10-year-old Sergio Pelico, who apparently hanged himself after watching a news story about the hanging of Saddam Hussein. The child apparently went into his bedroom and began recreating the scene he had just seen on television. Officials say that it looks as though the boy's death was the result of a tragic accident.