Snapped power poles in Puerto Rico, severe flooding in Houston, destroyed houses on the Caribbean island of Saint Martin: The images of the destruction left behind by hurricanes Harvey, Irma and Maria are still fresh in our memories. In recent weeks, they were all over the news and a constant presence on television. But the current images have made it even easier to forget the devastation left behind by hurricanes in the recent past.

In Haiti, though, people still clearly remember that day in October 2016 when Hurricane Matthew blasted the island nation. The southwestern part of the country was particularly hard hit. More than 2 million people were directly affected and around three-quarters of them needed humanitarian assistance after the storm had subsided. Tens of thousands of buildings were damaged or destroyed and hundreds of people lost their lives.

Jérémie, the capital of the southwestern Département Grand'Anse, was right in the storm's destructive path. Around 80 percent of the structures in the city were badly damaged by the storm, including the region's only hospital, the Saint Antoine clinic. The top floor of the hospital's main building was essentially blown off, and then power was lost, windows were damaged and the ground floor was flooded.

Nurse Marie-Ermite Pierre heads up the emergency room at Saint Antoine and she was on duty when the storm arrived. "We weren't really prepared for it," she says. She and her staff had received emergency training a short time before, but when the storm hit, the hospital didn't have sufficient bandages or other medical supplies.

Hospital Director Marie Concepcia Pamphile describes the situation on Oct. 4, 2016, as follows: "At 5 p.m., I received a call from the capital. 'Beware, the hurricane will be there in just a few hours.' We hardly had any time to prepare."

Hurricanes are an annual problem in the Caribbean. But although it had been known for days that a hurricane was bearing down on Haiti, information regarding Matthew's strength and its likely path was not distributed as it should have been.

"Most people could not be convinced that the situation was extremely serious. Even those who lived directly on the coast didn't want to leave their homes," says Pamphile. When Matthew finally did make landfall, it lashed the country with winds of up to 240 kilometers per hour (150 mph).

Storms like Irma, Harvey and Matthew show that both rich and poor countries struggle to cope with the devastation they can leave behind. Medical infrastructure is often hit particularly hard: hospitals without power, flooded care homes and injured people with no access to doctors.

In Haiti, the poorest country in the Western Hemisphere, medical care is lacking even under normal conditions. Because of poor roads, hospitals are difficult to reach for people living in rural areas - who make up around 40 percent of the country's total population. In cases of heavy precipitation or storms, roads become completely impassable. City dwellers, meanwhile, are often unable to afford medical care.

Josette Laurent is the head nurse at Saint Antoine and describes the constant personnel shortage she faces: "Only four fulltime nurses work in the emergency room, and only two work the night shift. That's not enough." There also aren't many doctors at the clinic, with only two of them available to treat patients admitted to the emergency room.

Worse yet, the hospital had to do without even a single orthopedic surgeon for months. And a lack of surgeons meant that no operations could take place at the facility in the wake of Hurricane Matthew. The seriously injured had to be transported via helicopter to the country's capital, Port-au-Prince, because the roads were impassable.

Josette Laurent in Video: 'We Had to Mobilize Everyone'

Ever since the disastrous earthquake in Haiti in 2010, hundreds of international aid organizations have been active in the country. Medical assistance, particularly emergency care, is a focus of many of the groups, a significant number of which come from Germany or receive much of their funding from Germany, including the German Red Cross, the Workers' Samaritan Federation (ASB), Cap Anamur, Doctors without Borders, Worldvision and Humedica.

Non-governmental organizations account for around 40 percent of the budget of the Haitian Health Ministry. Indeed, their cooperation with the ministry shapes the country's health care system at all levels and is often the focus of criticism. Both the government of Haiti and several aid organizations have been accused of a lack of transparency.

Director Pamphile says: "The experience we gained during Hurricane Matthew will help us in the future." But the health care system in Haiti continues to be fragile, despite the significant presence of international aid organizations. When large storms like Matthew strike, fundamental structural problems are made even worse.

And if there is one thing that is certain about Haiti's future, it is that more storms are on their way. 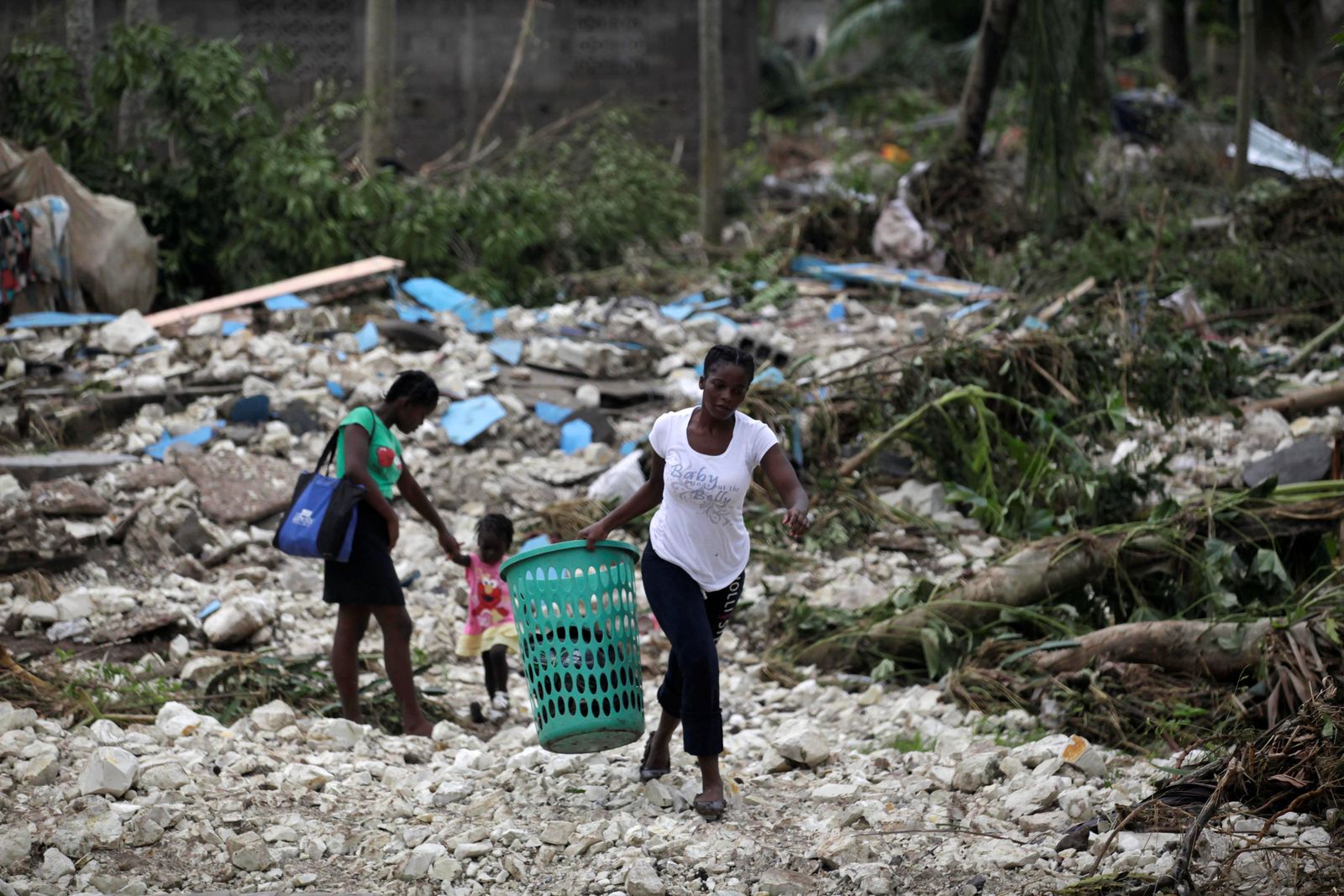