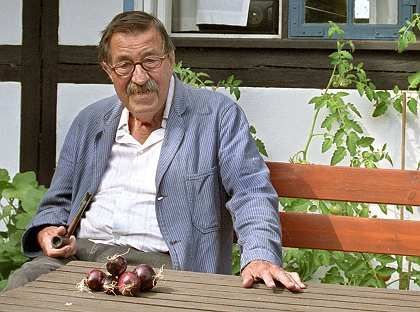 Nobel Prize laureate Günter Grass was born in Gdansk, Poland, while it was still a German city. Will he have to give up his honorary citizenship?

Former Polish President Lech Walesa says of Günter Grass that he "won't shake his hand again." Some citizens of the German city of Gdansk, where Grass was born when the city was still German and called Danzig, want to strip him of his honorary citizenship there. What is the reason for these strong reactions from Poland? Do they reflect the feelings of most Poles?

Walesa -- leader of the Solidarity trade union movement, recipient of a Nobel Prize for Peace and the first president of an independent Poland -- is known for his flamboyant and sometimes thoughtless remarks. In fact it was one of those remarks that ended his political career. During a pre-election TV debate with a political rival, then-presidential candidate Aleksander Kwasniewski, Walesa refused to shake Kwasniewski's hand and told him: "The only thing you'll get from me is a kick!" Is Walesa's remark on Grass another slip? Perhaps, because Walesa said three days later that he admires Grass for his courage and doesn't rule out meeting him -- at the grave of Walesa's father, who spent time in a Nazi labor camp and died just after World War II.

But many people share Walesa's opinion that Gdansk would not have offered Grass honorary citizenship if his service in the Waffen SS had been public knowledge. Poles are disappointed by the new revelations and they resent that Grass kept them silent for so long. As Poland's liberal European Union representative and former Foreign Minister Bronislaw Geremek says: "The fact that he didn't come out and say it for 60 years makes judging this man a painful affair."

The ruckus raised by members of Poland's ruling Law and Justice Party is open to a different interpretation, though -- the right-wing populists are almost certainly playing a political game. Local elections will be held in Poland in about two months, and in Gdansk, the Law and Justice Party plans to use the Grass affair to denounce its opponents as a bunch of "pro-German weaklings." The party of the twin brothers Lech and Jaroslaw Kaczsynski is presenting itself as the "steadfast defender of Polish honor," a role it will claim whenever it can.

The Long and Difficult Past

But the controversy doesn't just boil down to electoral tactics. Law and Justice, after all, assumes there's an audience for its brand of political marketing. And there is -- which is why the biting and even hysterical reactions in Poland reveal a hard truth about the relationship between Germans and Poles.

The 1990s saw a great Polish-German reconciliation -- it was a time when Poland's first non-communist Prime Minister Tadeusz Mazowiecki and then-German Chancellor Helmut Kohl seemed to get along. The bishops of Germany and Poland laid the groundwork for the reconciliation by asking one another for forgiveness. Germany's substantial aid to Poland during Solidarity's crucial years, the 1980s, also helped. When Communism crumbled in 1989 the consensus among Polish elites was that Germans were friends, a view that spread through other sectors of Polish society. Half a century after World War II, the Germans were seen as normal, warm-hearted people: Better to discuss the future with them than the difficult past. Anti-German tendencies were marginal. But today they're growing. Why?

Simply put: The Poles are no longer convinced that Germans remember World War II. In fact a conviction is spreading in Poland that Germans want to rewrite history. This is the result of work by Erika Steinbach, leader of the Federation of German Expellees, and by the Prussian Trust -- which is taking Polish citizens to European Union courts to claim compensation for property lost by Germans at the end of World War II.

I know most Germans view the Polish fears as hysterical. They think Erika Steinbach is a fringe figure, though the latest exhibition she organized in Berlin -- devoted to Germans driven from Poland during the war -- was well received. Poles take a different view: They can't approve of an exhibition, as the Polish weekly Tygodnik Powszechny put it, where "the tragic consequences of the expulsions are emphasized too strongly, while the causes aren't emphasized enough." Tygodnik Powszechny is not an anti-German paper; it's done a lot to improve Polish-German relations. However, in Steinbach's exhibition, "The talk is always about the victims," according to the paper, "while those who caused the suffering -- Hitler and Stalin -- aren't mentioned enough." This is how history turns into a sticky pseudo-humanist mush whose motto is "We have all suffered." What's truly scandalous, though, is the text that introduces Steinbach's exhibition, comparing the German expulsions to genocide.

A commentator writing for the center-left Süddeutsche Zeitung in Germany expressed his disappointment with Polish reactions to the exhibit. He blamed Poles for the internment camps where Germans were held in Poland after the war, and said they were a "taboo topic" for Germany's eastern European neighbor. This isn't true: The camps have been written about since Communism fell in 1989. But it's also a dangerous claim. Do we really have to bicker over which of us suffered a greater injustice?

"There are no good Germans"

This is the general mood surrounding the Grass affair. He has, of course, earned his credentials as a man who wants to reconcile Germany and Poland -- which is one reason the affair provokes such strong emotions among Polish Germanophobes and Germanophiles alike. The Germanophobes cry out: "See, there are no good Germans!" The Germanophiles are overcome by a sense of resignation. "Do even the best of Germans need to have skeletons in the closet?" they whisper.

None of this means that hysterical criticism of Grass or anti-German rants dominate in Poland. The chairman of the Polish Bishop's Conference, Archbishop Jozef Michalik, has praised Grass: "I think he is a greater man today for having confessed and excused others. I think he is a greater authority and a greater writer than he was before, when he received the Nobel Prize."

And Adam Michnik, the legendary Solidarity activist and current editor of the liberal Gazeta Wyborcza, has condemned Walesa's first remarks as "unintelligent and undignified." "Is it so difficult for us Poles to understand the drama of those young Germans who were agitated by the totalitarian and indoctrinating propaganda of the Nazis?" Michnik asks. But he adds: "We, the Poles, are right to expect from German public opinion an understanding of how the activities of Erika Steinbach and her assistants offend our collective memory and moral sentiments. We are also right to view those activities as obstacles on the path of Polish-German reconciliation."

Of course the Grass affair is painful. He will certainly not be stripped of his honorary citizenship in Gdansk. But that alone won't improve the increasingly tense mood between Poles and Germans -- a mood that needs improvement on both sides of the border.