I confess that I am increasingly uncomfortable with what is being called the travelling climate circus: this incessant and expensive series of conferences about the climate. Last year in Bali, next year in Copenhagen, now in the Polish city of Poznan, where over 11,000 people from 190 countries are gathered to make agreements about the follow-up to the Kyoto protocol.

There are no less than 700 pages of proposals which are supposed to lead to a new treaty on reducing greenhouse gas emissions at the end of 2009. As the current round of talks is again threatening to end in a fiasco, the organization in Proznan is keeping its options open (they are now talking only about a "political understanding on the most important elements" rather than a binding treaty, which was the original plan).

Almost without exception, such conferences end in disappointment. Few people wonder why the climate negotiations are so difficult compared to other international agreements. It can't just be because of the considerable conflict of interests between countries -- these also exist in negotiations about world trade, which are now close to completion.

There are, I believe, two reasons for the dark clouds surrounding the climate summits: There is still no undisputed package of steps that need to be taken and the problem is clearly not considered urgent enough, despite all the testimonies, to bridge the opposing interests and mobilize funding.

This is in sharp contrast to the decisiveness and unity revealed during the credit crisis. That is clearly an urgent problem affecting all citizens directly and one which governments want to be seen tackling immediately, even if the measures involved are very expensive.

I am far from being a climate skeptic. On the contrary, I believe the evidence of man's impact on the planet is overwhelming. But I am increasingly ill at ease about the debate itself. 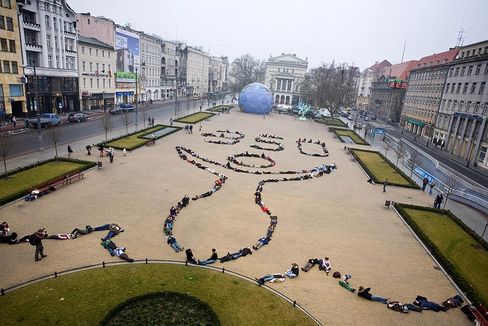 I have just finished reading another large pile of articles about the topic and listening to various speeches. And the elements of hype and carelessness I have come across are increasing. All sorts of things are thrown together under the banner of climate change as if it is responsible for all of the world's problems.

From a practical viewpoint, it is impossible to unravel what is caused by weather fluctuations, the lack of economic growth or failed government policy -- to say nothing of proving the current effects of structural changes in the climate.

For example, everyone quotes the number of "200 million climate refugees". But closer examination reveals that migrants name drought as the least important reason for leaving their country. If at all. Even where drought is involved, it cannot be determined with certainty that it is due to climate change, because weather fluctuations happen all the time.

There are authors who claim that fertile land has already been lost to the rising sea level, a claim for which there is little evidence.

And then there are the politicians who repeatedly state that we cannot continue with business as usual, like the Polish president said last week. But we are long past that point. Sustainable production has penetrated our way of thinking. It is not enough by any stretch of the imagination, but you can't maintain that we haven't learned anything.

Attempts to present these issues as dramatically as possible come from the understandable frustration about the lack of success in the climate negotiations. The louder the calls for change, the less credible they become; and the slower the progress in the negotiations, the louder the calls. The climate problem is complex and tenacious and is not helped by an inaccurate presentation of the facts.

There are enough reasons to take action, with sustainable economic growth in the forefront. But if I have to choose between alleviating hunger and poverty today and preventing CO2 emissions tomorrow, then I choose the former, in the firm conviction that only prosperity will lead to a change in mentality and the financing of energy-saving measures.

Louise O. Fresco is a cross-disciplinary professor with a focus on international sustainable development at the University of Amsterdam. She sat on the Delta Commission which advised the Dutch government on how the Netherlands can best prepare for global warming. She is also an NRC Handelsblad columnist.