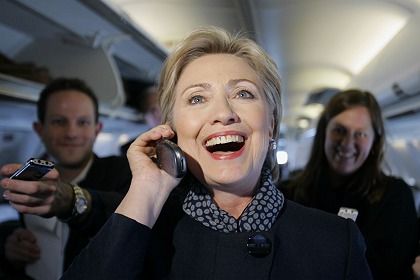 Hillary Clinton's "It's 3 a.m." ad painted Obama as "the danger, the outsider within."

On first watching Hillary Clintons recent Its 3 a.m. advertisement, I was left with an uneasy feeling that something was not quite right -- something that went beyond my disappointment that she had decided to go negative. Repeated watching of the ad on YouTube increased my unease. I realized that I had only too often in my study of Americas racial history seen images much like these, and the sentiments to which they allude.

I am not referring to the fact that the ad is unoriginal; as several others have noted, it mimics a similar ad made for Walter Mondale in his 1984 campaign for the Democratic nomination. What bothers me is the difference between this and the Mondale ad. The Mondale ad directly and unequivocally played on the issue of experience. The danger was that the red telephone might be answered by someone who was unsure, unsteady, untested. Why do I believe this? Because the phone and Mr. Mondale are the only images in the ad. Fair game in the normal politics of fear.

Not so this Clinton ad. To be sure, it states that something is happening in the world -- although it never says what this is -- and that Mrs. Clinton is better able to handle such danger because of her experience with foreign leaders. But every ad-maker, like every social linguist, knows that words are often the least important aspect of a message and are easily muted by powerful images.

I have spent my life studying the pictures and symbols of racism and slavery, and when I saw the Clinton ads central image -- innocent sleeping children and a mother in the middle of the night at risk of mortal danger -- it brought to my mind scenes from the past. I couldnt help but think of D. W. Griffiths Birth of a Nation, the racist movie epic that helped revive the Ku Klux Klan, with its portrayal of black men lurking in the bushes around white society. The danger implicit in the phone ad -- as I see it -- is that the person answering the phone might be a black man, someone who could not be trusted to protect us from this threat.

The ad could easily have removed its racist sub-message by including images of a black child, mother or father -- or by stating that the danger was external terrorism. Instead, the child on whom the camera first focuses is blond. Two other sleeping children, presumably in another bed, are not blond, but they are dimly lighted, leaving them ambiguous. Still it is obvious that they are not black -- both, in fact, seem vaguely Latino.

Finally, Hillary Clinton appears, wearing a business suit at 3 a.m., answering the phone. The message: our loved ones are in grave danger and only Mrs. Clinton can save them. An Obama presidency would be dangerous -- and not just because of his lack of experience. In my reading, the ad, in the insidious language of symbolism, says that Mr. Obama is himself the danger, the outsider within.

Did the message get through? Well, consider this: people who voted early went overwhelmingly for Mr. Obama; those who made up their minds during the three days after the ad was broadcast voted heavily for Mrs. Clinton.

For more than a century, American politicians have played on racial fears to divide the electorate and mobilize xenophobic parties. Blacks have been the domestic enemy, the eternal outsider within, who could always inspire unity among we whites. Richard Nixons Southern strategy was built on this premise, using coded language -- law and order, silent majority -- to destroy the alliance between blacks and white labor that had been the foundation of the Democratic Party, and to bring about the Republican ascendancy of the past several decades. The Willie Horton ad that George H. W. Bush used against Michael Dukakis in 1988 was a crude manifestation of this strategy -- as was the racist attack used against John McCains daughter, who was adopted from Bangladesh, in the South Carolina Republican primary in 2000.

It is significant that the Clinton campaign used its telephone ad in Texas, where a Fox poll conducted Feb. 26 to 28 showed that whites favored Mr. Obama over Mrs. Clinton 47 percent to 44 percent, and not in Ohio, where she held a comfortable 16-point lead among whites. Exit polls on March 4 showed the ads effect in Texas: a 12-point swing to 56 percent of white votes toward Mrs. Clinton. It is striking, too, that during the same weekend the ad was broadcast, Mrs. Clinton refused to state unambiguously that Mr. Obama is a Christian and has never been a Muslim.

It is possible that what I saw in the ad is different from what Mrs. Clinton and her operatives saw and intended. But as I watched it again and again I could not help but think of the sorry pass to which we may have come -- that someone could be trading on the darkened memories of a twisted past that Mr. Obama has struggled to transcend.