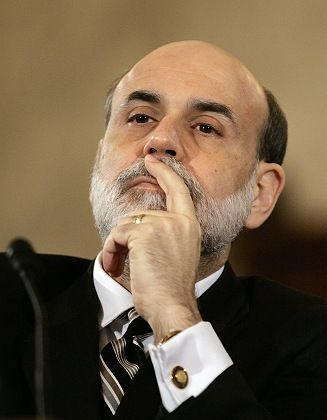 US Federal Reserve chairman Ben Bernanke: Has he been fighting the wrong enemy all along?

Which decade is it, anyway?

Not long ago it seemed as if everyone watching the carnage in financial markets was drawing scary parallels with the 1930s.

This time, however, Ben Bernanke and his colleagues at the Federal Reserve did what their predecessors failed to do during the banking crisis of 1930-31: they acted forcefully to avert a collapse of the financial system. And their efforts seem, provisionally, to have worked. While things are far from normal in the financial markets, over the last few months the sense of panic has been gradually subsiding.

You might think, then, that everyone would be congratulating Mr. Bernanke and company for their good work. But at an economic conference I recently attended, many of the participants -- including people with a lot of influence in the policy world -- seemed to be bashing the Bernanke Fed.

You see, fears of a 1930s-style financial meltdown are apparently out; fears of 1970s-style stagflation are in. And the Fed stands accused of being soft on inflation.

The emerging conventional wisdom, if what I heard is any indication, is that Mr. Bernanke has been fighting the wrong enemy all along: inflation, not financial collapse, is the real threat. And to head off that threat, the critics say, the Fed has to reverse course and raise interest rates -- never mind the risks of recession.

So this seems like a good time to declare that the new conventional wisdom is all wrong. Were not watching a rerun of that 70s show -- and the misguided belief that we are could do a lot of harm.

Its true that the soaring prices of oil and other raw materials have led to public anguish over the rising cost of living. But this time around theres no sign whatsoever of the wage-price spiral that, in the 1970s, turned a temporary shock from higher oil prices into a persistently high rate of inflation

Heres an example of the way things used to be: In May 1981, the United Mine Workers signed a contract with coal mine operators locking in wage increases averaging 11 percent a year over the next three years. The union demanded such a large pay hike because it expected the double-digit inflation of the late 1970s to continue; the mine owners thought they could afford to meet the unions demands because they expected big future increases in coal prices, which had risen 40 percent over the previous three years.

At the time, the mine workers settlement wasnt at all unusual: many workers were getting comparable contracts. Workers and employers were, in effect, engaged in a game of leapfrog: workers would demand big wage increases to keep up with inflation, corporations would pass these higher wages on in prices, rising prices would lead to another round of wage demands, and so on.

Once that sort of self-sustaining inflationary process gets under way, its very hard to stop. In fact, it took a very severe recession, the worst slump since the 1930s, to get rid of the inflationary legacy of the 1970s.

But as I said, this time around theres no wage-price spiral in sight.

The inflation hawks point out that consumers are, for the first time in decades, telling pollsters that they expect a sharp rise in prices over the next year. Fair enough.

But where are the unions demanding 11-percent-a-year wage increases? (Where are the unions, period?) Consumers are worried about inflation, but you have to search far and wide to find workers demanding compensation in the form of higher wages, let alone employers willing to accept those demands. In fact, wage growth actually seems to be slowing, thanks to the weakness of the job market.

And since there isnt a wage-price spiral, we dont need higher interest rates to get inflation under control. When the surge in commodity prices levels off -- and it will; the laws of supply and demand havent been repealed -- inflation will subside on its own.

Still, why not raise interest rates a bit, as extra insurance against inflation?

Part of the answer is that the financial crisis, which seems to be in remission right now, could flare up again if money gets more expensive.

And even if the financial crisis doesnt come back, higher rates would further weaken an already weak real economy. Never mind whether were technically in a recession: it feels like a recession to most people, and higher interest rates would make it worse.

The bottom line is that while expensive gas and food are inflicting real harm on American families, they arent setting off a 70s-type inflationary spiral. The only thing we have to fear on that front is inflation fear itself, which could lead to policies that make a bad economic situation worse.