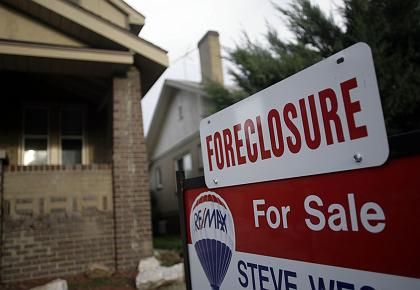 Krugman: "The greater tragedy is the one facing borrowers who were offered what they were told were good deals, only to find themselves in a debt trap."

Increased subprime lending has been associated with higher levels of delinquency, foreclosure and, in some cases, abusive lending practices. So declared Edward M. Gramlich, a Federal Reserve official.

These days a lot of people are saying things like that about subprime loans -- mortgages issued to buyers who dont meet the normal financial criteria for a home loan. But heres the thing: Mr. Gramlich said those words in May 2004.

And it wasnt his first warning. In his last book, Mr. Gramlich, who recently died of cancer, revealed that he tried to get Alan Greenspan to increase oversight of subprime lending as early as 2000, but got nowhere.

So why was nothing done to avert the subprime fiasco?

Before I try to answer that question, there are a few things you should know.

First, the situation for both borrowers and investors looks increasingly dire.

A new report from Congresss Joint Economic Committee predicts that there will be two million foreclosures on subprime mortgages by the end of next year. Thats two million American families facing the humiliation and financial pain of losing their homes.

At the same time, investors who bought assets backed by subprime loans are continuing to suffer severe losses. Everything suggests that there will be many more stories like that of Merrill Lynch, which has just announced an $8.4 billion write-down because of bad loans -- $3 billion more than it had announced just a few weeks earlier.

Second, much if not most of the subprime lending that is now going so catastrophically bad took place after it was clear to many of us that there was a serious housing bubble, and after people like Mr. Gramlich had issued public warnings about the subprime situation. As late as 2003, subprime loans accounted for only 8.5 percent of the value of mortgages issued in this country. In 2005 and 2006, the peak years of the housing bubble, subprime was 20 percent of the total  and the delinquency rates on recent subprime loans are much higher than those on older loans.

So, once again, why was nothing done to head off this disaster? The answer is ideology.

In a paper presented just before his death, Mr. Gramlich wrote that the subprime market was the Wild West. Over half the mortgage loans were made by independent lenders without any federal supervision. What he didnt mention was that this was the way the laissez-faire ideologues ruling Washington -- a group that very much included Mr. Greenspan -- wanted it. They were and are men who believe that government is always the problem, never the solution, that regulation is always a bad thing.

Unfortunately, assertions that unregulated financial markets would take care of themselves have proved as wrong as claims that deregulation would reduce electricity prices.

As Barney Frank, the chairman of the House Financial Services Committee, put it in a recent op-ed article in The Boston Globe, the surge of subprime lending was a sort of natural experiment testing the theories of those who favor radical deregulation of financial markets. And the lessons, as Mr. Frank said, are clear: To the extent that the system did work, it is because of prudential regulation and oversight. Where it was absent, the result was tragedy.

In fact, both borrowers and investors got scammed.

Ive written before about the way investors in securities backed by subprime loans were assured that they were buying AAA assets, only to suddenly find that what they really owned were junk bonds. This shock has produced a crisis of confidence in financial markets, which poses a serious threat to the economy.

But the greater tragedy is the one facing borrowers who were offered what they were told were good deals, only to find themselves in a debt trap.

In his final paper, Mr. Gramlich stressed the extent to which unregulated lending is prone to the abusive lending practices he mentioned in his 2004 warning. The fact is that many borrowers are ill-equipped to make judgments about exotic loans, like subprime loans that offer a low initial teaser rate that suddenly jumps after two years, and that include prepayment penalties preventing the borrowers from undoing their mistakes.

Mr. Frank is now trying to push through legislation that extends moderate regulation to the subprime market. Despite the scale of the disaster, hes facing an uphill fight: money still talks in Washington, and the mortgage industry is a huge source of campaign finance. But maybe the subprime catastrophe will be enough to remind us why financial regulation was introduced in the first place.