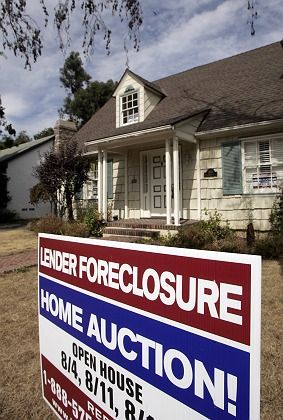 The presidential candidates' proposals on how to stem the mortgage crisis "offer a window" into their "political souls."

When George W. Bush first ran for the White House, political reporters assured us that he came across as a reasonable, moderate guy.

Yet those of us who looked at his policy proposals -- big tax cuts for the rich and Social Security privatization -- had a very different impression. And we were right.

The moral is that its important to take a hard look at what candidates say about policy. Its true that past promises are no guarantee of future performance. But policy proposals offer a window into candidates political souls -- a much better window, if you ask me, than a bunch of supposedly revealing anecdotes and out-of-context quotes.

Which brings me to the latest big debate: how should we respond to the mortgage crisis? In the last few days John McCain, Hillary Clinton and Barack Obama have all weighed in. And their proposals arguably say a lot about the kind of president each would be.

Mr. McCain is often referred to as a maverick and a moderate, assessments based mainly on his engaging manner. But his speech on the economy was that of an orthodox, hard-line right-winger.

Its true that the speech was more about what Mr. McCain wouldnt do than about what he would. His main action proposal, as far as I can tell, was a call for a national summit of accountants. The whole tone of the speech, however, indicated that Mr. McCain has purged himself of any maverick tendencies he may once have had.

Many news reports have pointed out that Mr. McCain more or less came out against aid for troubled homeowners: government assistance should be based solely on preventing systemic risk, which means that big investment banks qualify but ordinary citizens dont.

But I was even more struck by Mr. McCains declaration that our financial market approach should include encouraging increased capital in financial institutions by removing regulatory, accounting and tax impediments to raising capital.

These days, even free-market enthusiasts are talking about increased regulation of securities firms now that the Fed has shown that it will rush to their rescue if they get into trouble. But Mr. McCain is selling the same old snake oil, claiming that deregulation and tax cuts cure all ills.

Hillary Clintons speech could not have been more different.

True, Mrs. Clintons suggestion that she might convene a high-level commission, including Alan Greenspan -- who bears a lot of responsibility for this crisis -- had echoes of the excessively comfortable relationship her husbands administration developed with the investment industry. But the substance of her policy proposals on mortgages, like that of her health care plan, suggests a strong progressive sensibility.

Maybe the most notable contrast between Mr. McCain and Mrs. Clinton involves the problem of restructuring mortgages. Mr. McCain called for voluntary action on the part of lenders -- that is, he proposed doing nothing. Mrs. Clinton wants a modern version of the Home Owners Loan Corporation, the New Deal institution that acquired the mortgages of people whose homes were worth less than their debts, then reduced payments to a level the homeowners could afford.

Finally, Barack Obamas speech on the economy on Thursday followed the cautious pattern of his earlier statements on economic issues.

I was pleased that Mr. Obama came out strongly for broader financial regulation, which might help avert future crises. But his proposals for aid to the victims of the current crisis, though significant, are less sweeping than Mrs. Clintons: he wants to nudge private lenders into restructuring mortgages rather than having the government simply step in and get the job done.

Mr. Obama also continues to make permanent tax cuts -- middle-class tax cuts, to be sure -- a centerpiece of his economic plan. Its not clear how he would pay both for these tax cuts and for initiatives like health care reform, so his tax-cut promises raise questions about how determined he really is to pursue a strongly progressive agenda.

All in all, the candidates positions on the mortgage crisis tell the same tale as their positions on health care: a tale that is seriously at odds with the way theyre often portrayed.

Mr. McCain, were told, is a straight-talking maverick. But on domestic policy, he offers neither straight talk nor originality; instead, he panders shamelessly to right-wing ideologues.

Mrs. Clinton, were assured by sources right and left, tortures puppies and eats babies. But her policy proposals continue to be surprisingly bold and progressive.

Finally, Mr. Obama is widely portrayed, not least by himself, as a transformational figure who will usher in a new era. But his actual policy proposals, though liberal, tend to be cautious and relatively orthodox.

Do these policy comparisons really tell us what each candidate would be like as president? Not necessarily -- but theyre the best guide we have.