The plane carrying Pope Benedict XVI soars over a crucifix while landing at an airport in the eastern German city of Erfurt on Thursday, Sept. 23, 2011. While on a four-day state visit to his homeland, the pope will be visiting both traditional Catholic strongholds and mostly Protestant and atheist regions.

alk Check out the Picture This archive here . 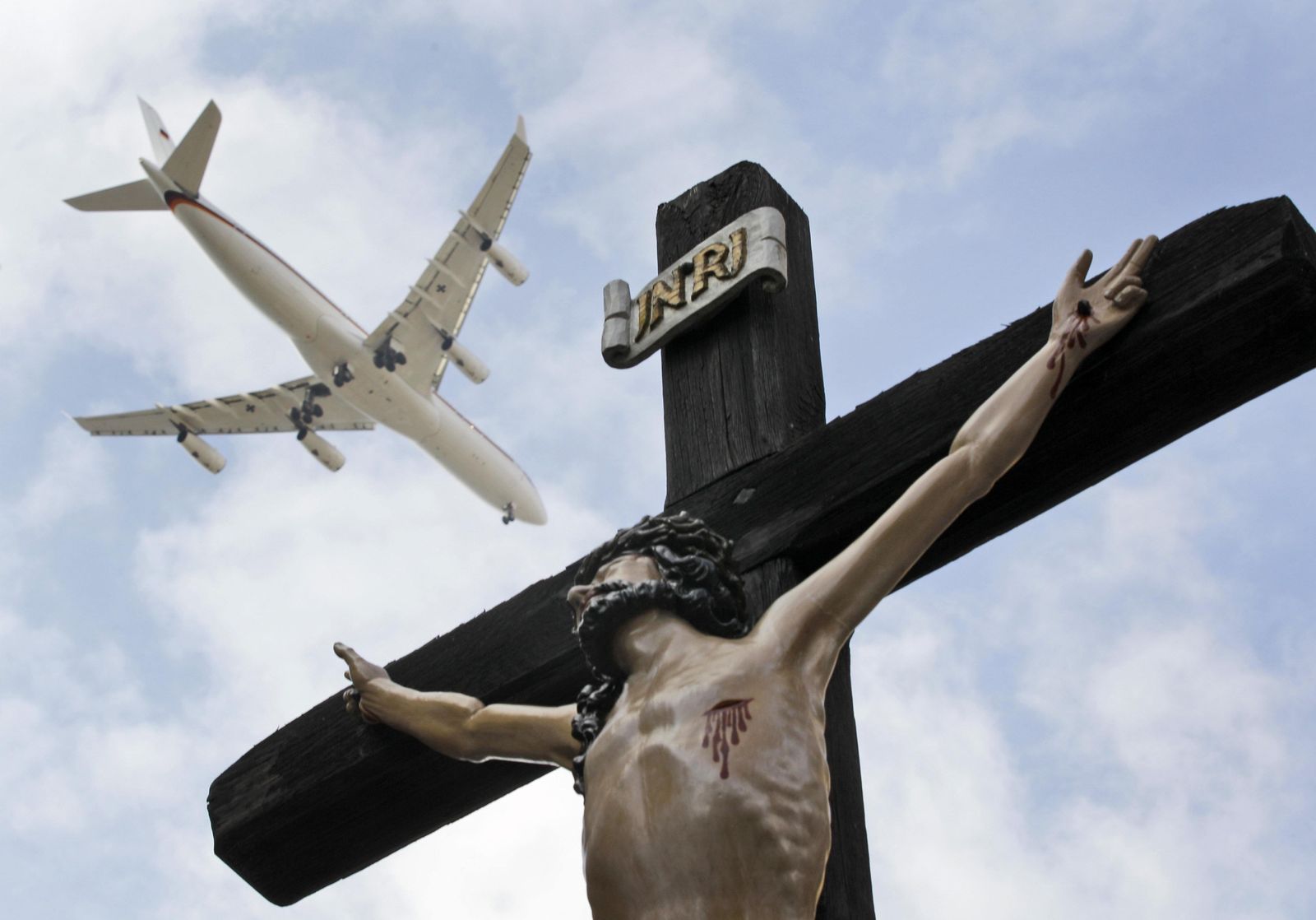