An aquarium fish -- a convict cichlid, also known as the zebra cichlid -- that has been transgenically modified to glow in the dark. A whole school of the glow-in-the-dark fish, which were modified using genes from a deep water jellyfish, were presented by Taiwan's Council of Agriculture at a press conference on Friday in Taipei. Taiwan exports ornamental fish to more than 20 countries worldwide and in the past, scientists there have also bred glowing pigs. 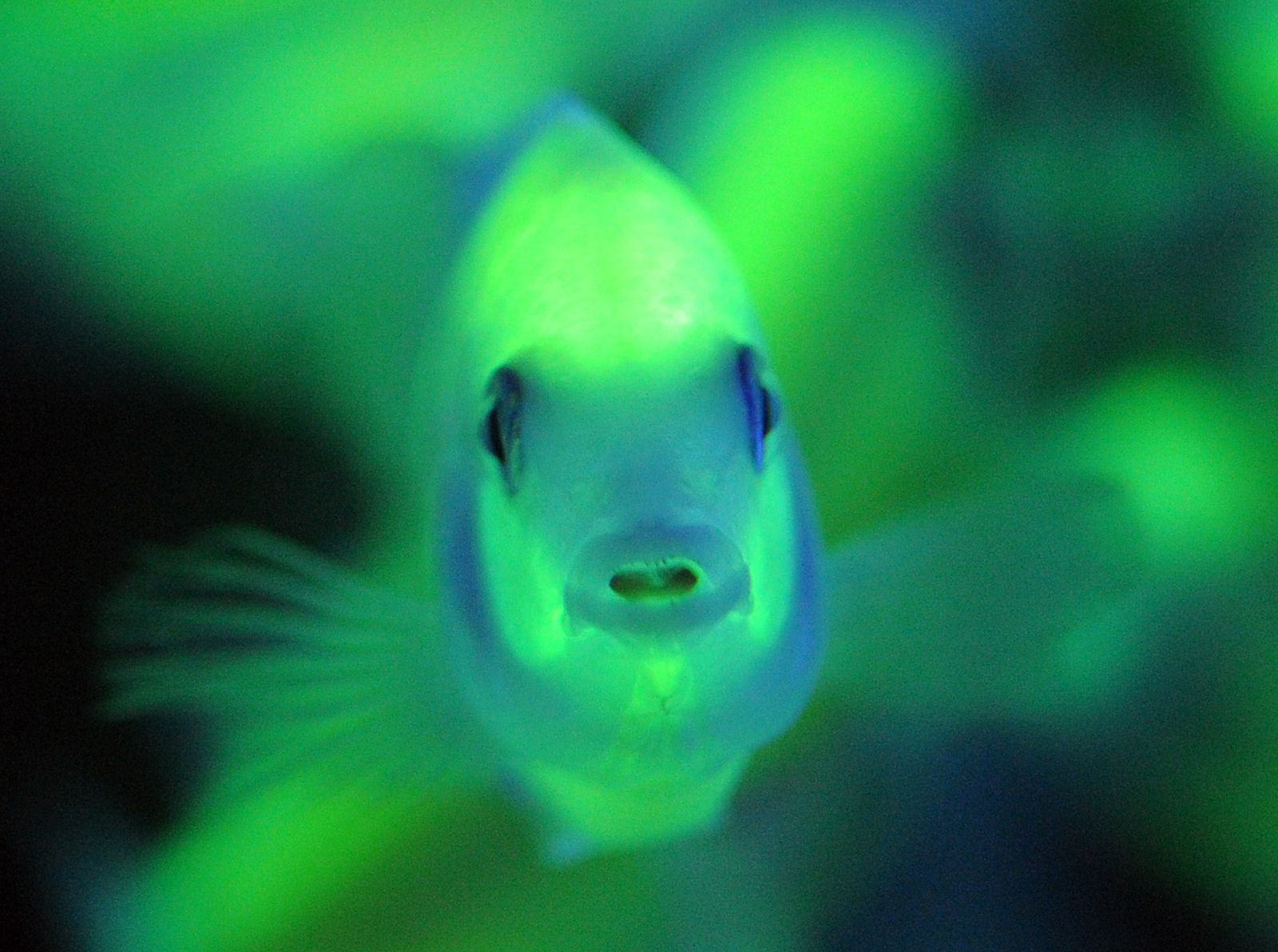