The aurora borealis, or the northern lights, are seen in the sky above the village of Ersfjordbotn near Tromsø in northern Norway, early in the morning on Monday. Aurorae are caused by the interaction between energetic charged particles from the Sun and gas molecules in the upper atmosphere of the Earth, about 100 kilometers (62 miles) up. A stream of charged particles, called the solar wind, flows out into space continuously from the Sun at speeds of 400-500 kilometers per second. Upon reaching Earth, the charged particles are drawn by Earth's magnetic field to the poles, where they collide with gas molecules in the upper atmosphere, causing them to emit light. 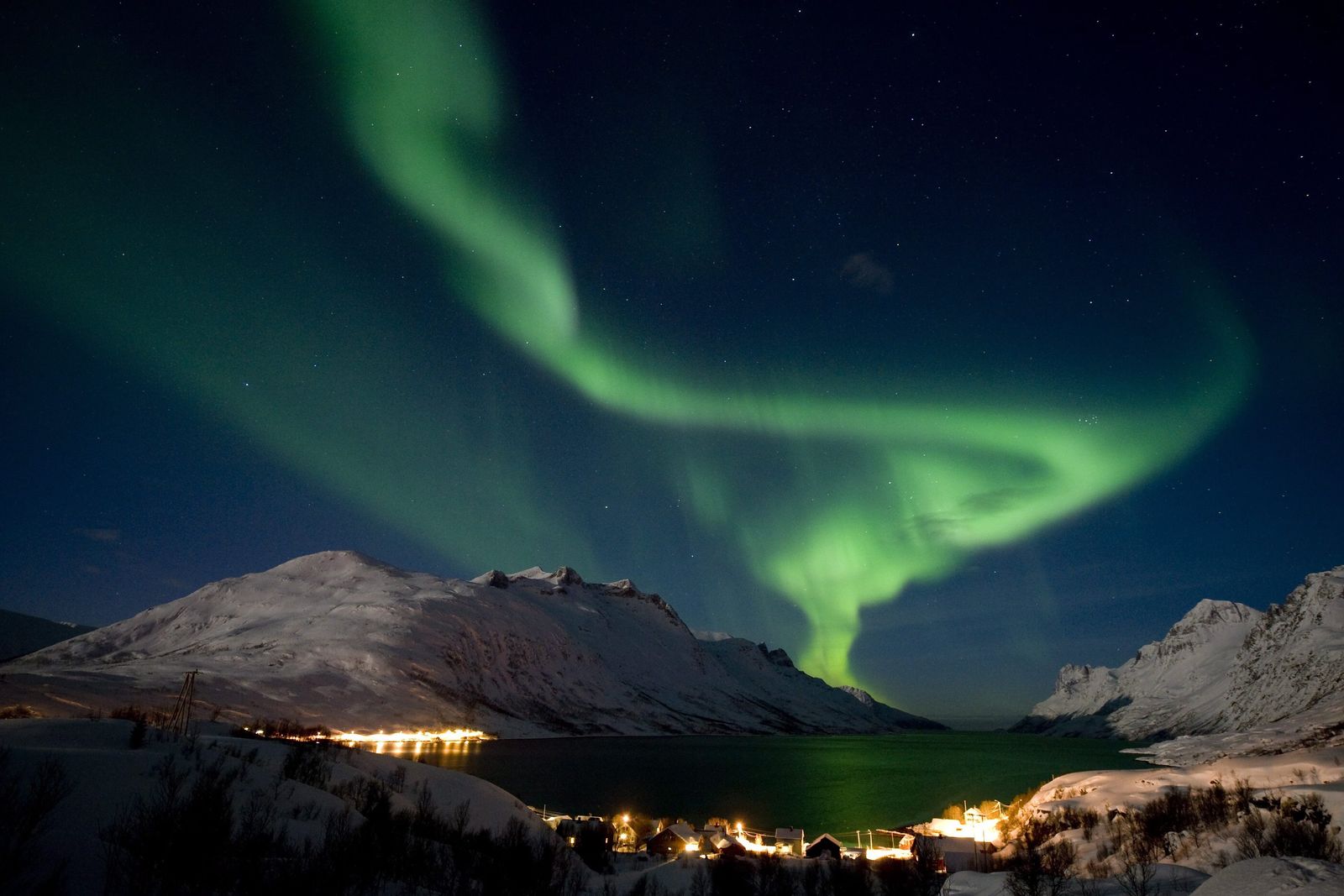