A sign at Britain's Glastonbury Festival asks concert-goers not to drive on the grass -- or what's left of it. Heavy rain has turned much of the grounds where the five-day music event is held into a mud pit. But neither bad weather nor muck can dampen the enthusiasm of concert goers, who have turned out in full force to catch acts including Morrissey, U2, Beyonce and Paul Simon. Glastonbury was born in 1970, the day after Jimi Hendrix's death. In the festival's first year, approximately 1,500 attended. This year's festival is expecting some 170,000 visitors. 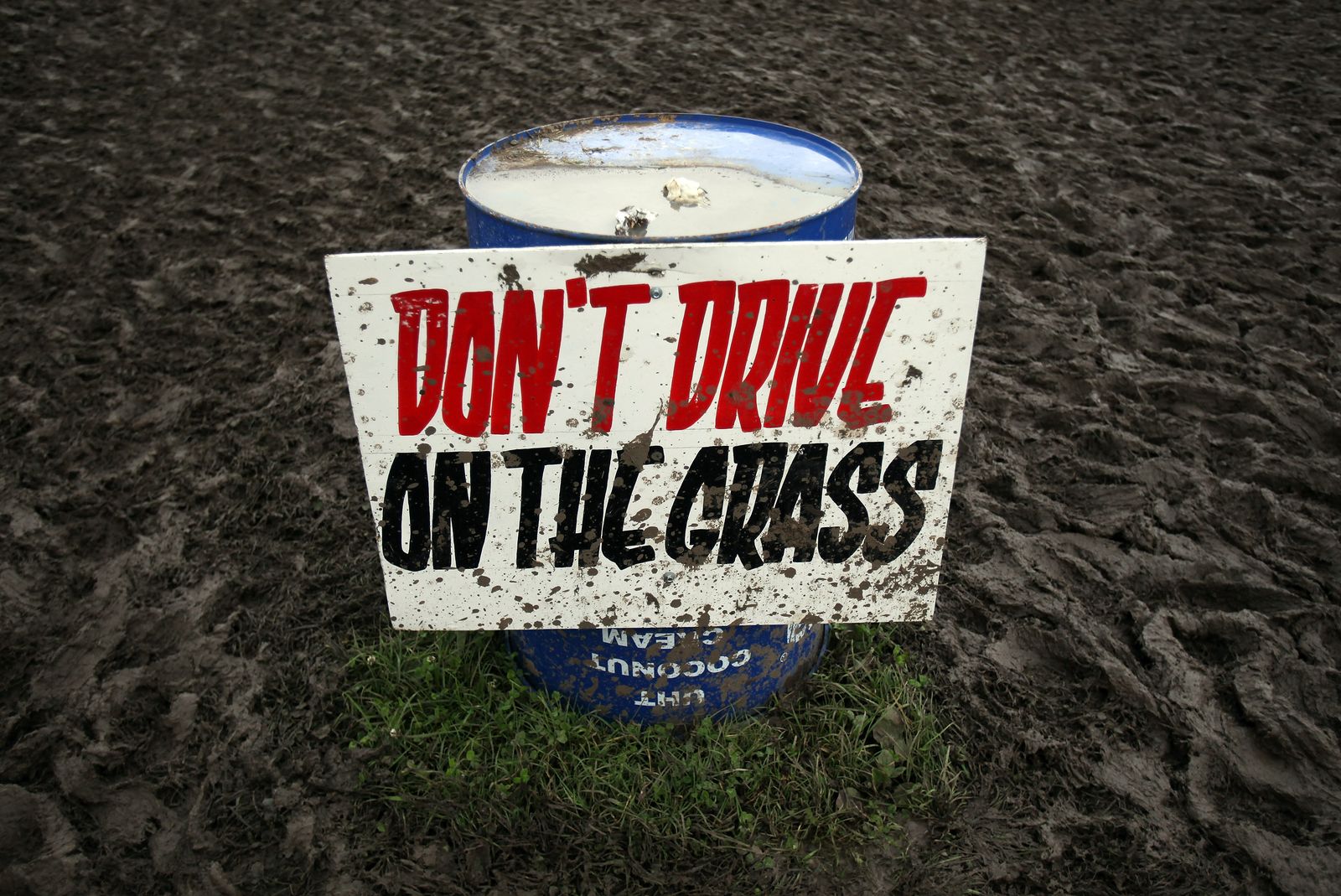