Mardi Gras or "Karneval" season starts in Germany soon, and on Tuesday an archaeologist at the Römisch-Germanisches Zentralmuseum, a museum of Roman-German history in Mainz, showed off the oldest known German image of a jester -- on a backgammon piece dating from the 11th or 12th century. The carved bone marker shows a naked man sitting on a seesaw or a rocking boat. It was found in Mainz, a traditional center of Karneval celebration, in the 19th century. 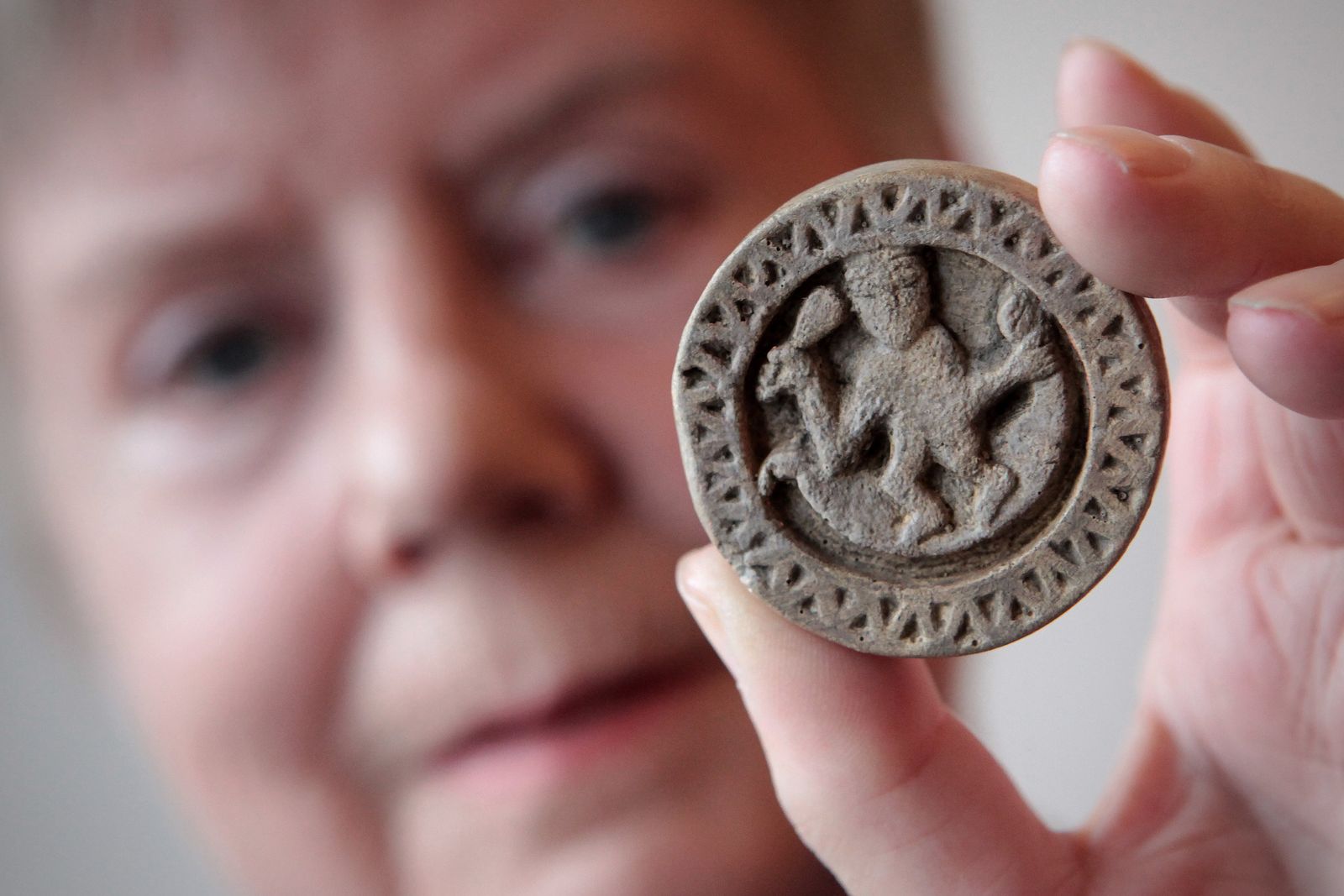