A, 18-meter-tall (60 feet) statue of a Gundam robot, a Japanese cult cartoon character, on Tuesday in a park in Shizuoka, Japan, about 180 kilometers (112 miles) southwest of Tokyo. The life size statue was first erected last year in Tokyo to commemorate the show's 30th anniversary and it was moved to Shizuoka to mark an upcoming exhibition. 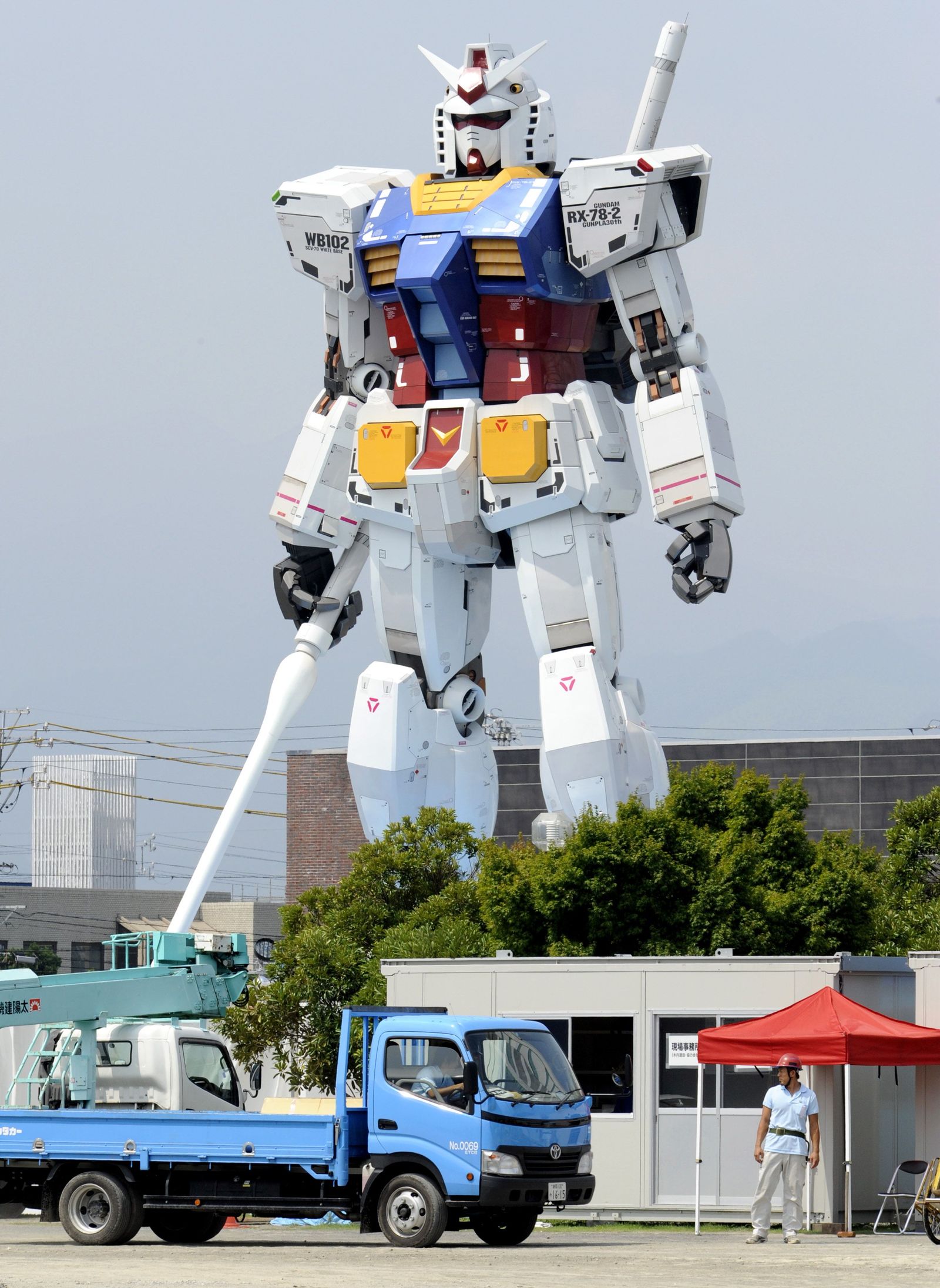