On Wednesday NASA released extreme ultraviolet images of the sun to showcase its new satellite, the Solar Dynamics Observatory. The false-color image illustrates the sun's surface temperatures. The reds represent cool spots of about 107,540 degrees Fahrenheit (59,726 degrees Celsius) and the blues and greens represent hot spots of more than 1.7 million degrees Fahrenheit (944,000 degrees Celsius). NASA researchers hope that the satellite, which was launched in February, will help them predict violent solar storms that have disrupted power grids on Earth in the past. 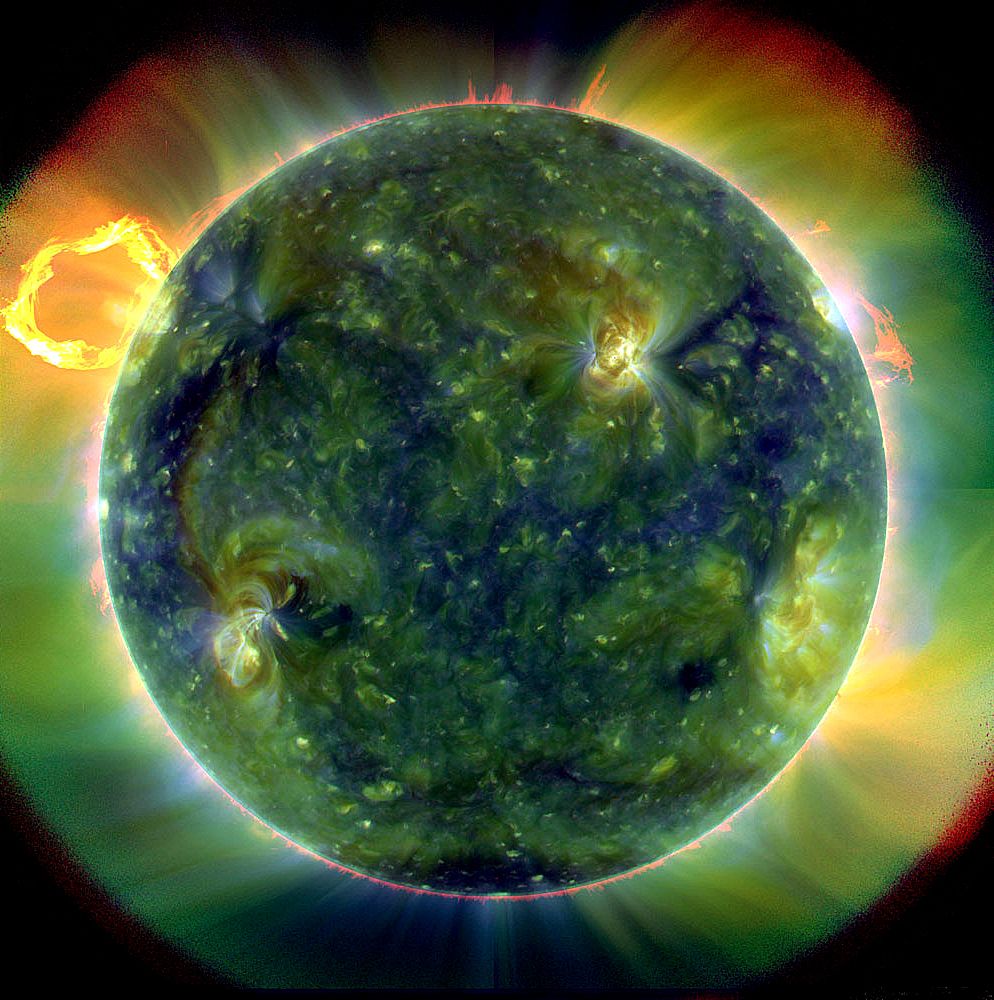