Raindrops sit on a camera lens along the banks of the Rhine river in Cologne, Germany, on Tuesday. The rain shower was brief and provided little relief for the river, which has sunk to its lowest May level in 90 years. The water level was measured at just 1.25 meters in Cologne on Tuesday. Meanwhile llow water levels have caused headaches along one of Europe's most important shipping routes. On Tuesday, carmaker Ford said that its ships couldn't be fully loaded because of concerns over water levels on the river. 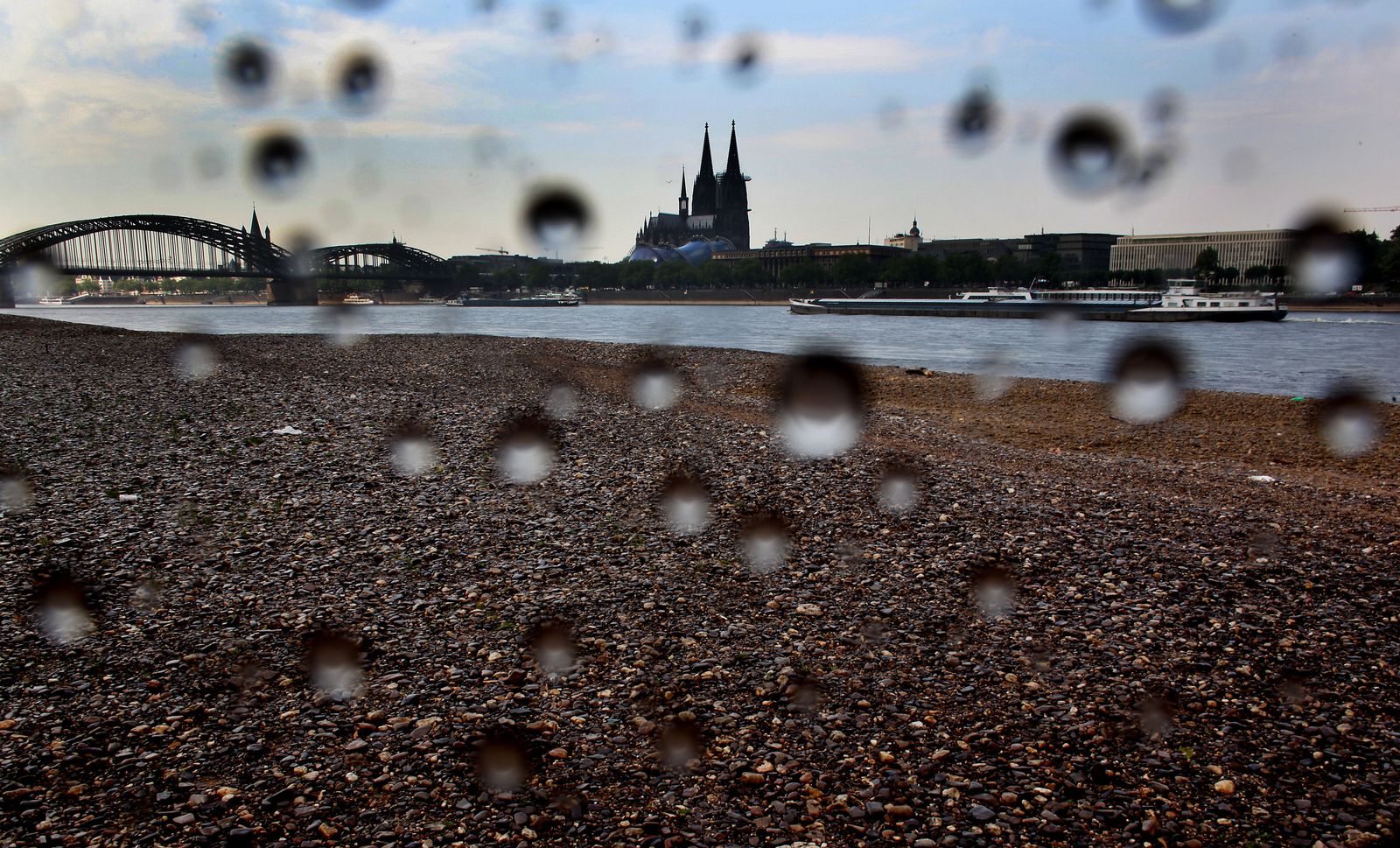