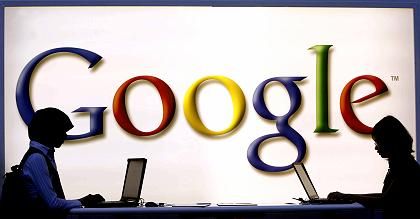 The Europeans tried to set up a rival to Google -- and failed.

The French like to complain about the dangers of the cultural dominance of California's search engine juggernaut. If it's left to Google, they argue, book digitalization will lead to an Anglicization of global knowledge. And nothing displeases French President Jacques Chirac more than the prospect of Google succeeding in its plan to "organize the world's information." In early 2006 he named Quaero the "Franco-German answer to the global challenges of Google and Yahoo." He added: "The future threatens to make whatever is not available online invisible to the world."

Less then a year later, Chirac's grand ambitions for Quaero have stalled, and his German partners have walked away. The divorce came at an information technology summit in the German city of Potsdam earlier this week, where Hartmut Schauerte, a senior official at Germany's Economics Ministry, said the partnership was officially over.

The French and German governments, together with industry, had originally planned to invest €400 million in the project. Berlin and Paris wanted to forge a world-class European champion -- an Airbus of the search engine market. But cooperation between the two countries -- as another senior Economics Ministry official, Bernd-Wolfgang Weismann, diplomatically put it in an interview with the Web site Heise.de -- was "not simple."

The Europeans wanted to challenge Google by creating a search engine that would sort through all kinds of media -- video, audio, images -- by accepting whole images or sound bites as queries, not just standard text. The engine would then use colors, shapes and aural patterns to search for information -- in addition to standard text-based searches. It would be a next-generation advance over current search technology. But the Napoleonic ambitions drew ridicule and mockery from critics: Google, after all, has access to resources -- including money -- that the European latecomers could only dream of. How could they compete?

The German government will instead focus on another project -- "Theseus," the character in Greek mythology who found a way out of the Minotaur's labyrinth. Unlike Google and Quaero, the German technology would be based on a semantic search that, its creators hope, will create a search environment where the engine can somehow divine when a person types in a word like "golf" whether he means the sport or the Volkswagen compact car.

In France, however, some still envision a place in the market for Quaero, which Chirac's government will continue to develop. "The aim of Quaero is less to replace Google than to offer new search possibilities for multimedia, particularly for audio and video," said Jean-Luc Gauvain, the director of France's Computer Sciences Laboratory for Mechanics and Engineering Sciences (LIMSI). These, of course, are areas that Google consider to be its core competencies -- and certainly no less so following its acquisition of YouTube.

In the end, divisions over whether the aim of Quaero should be to create innovative new technologies, or whether it should go head to head with the market leader, drove France and Germany apart. Despite its decision to pull out of the Quaero project, the German government says it will go on sharing information with the organization through regularly held conferences.

A Franco-German falling out

"Quaero" is Latin for "I seek," but the name also chimes harmoniously with "Euro" and "query." The project, however, represents a failure of European harmony. It collapsed at the committee level, where the consortium's big players fell out with one another. Empolis, a subsidiary of Germany's publishing giant Bertelsmann, was meant to cooperate with the French electronics company Thomson -- but in the end they just couldn't get along, the French daily Le Monde reported in November.

Money was also a problem. Government and private sectors in both countries were supposed to invest €400 million in Quaero. This drew the scrutiny of the European Commission, which began to investigate whether the seed money amounted to illegal government subsidies.

It would have been easier to call the investment a way to promote technological research -- and that is how Berlin sees its own plan for the semantic search technology. Declaring war on Google would have been more problematic. Even Gauvain recently conceded: "Quaero needs the green light from the EU commission before it can start."

Jacques Chirac launched the project a year ago by hailing Quaero as the "Airbus of the future." Given the current problems plaguing the Franco-German aerospace project, his words were more prophetic than he knew.