They lead us into a world of adventure and secrets. Sometimes, we even take them along into our dreams. The soft, warm blanket and the soothing voice of the storyteller help make these stories an important nightly ritual. But what do people tell their children when that blanket is snatched away one day and they find themselves sleeping on the floor of a tent between strangers?

Journalists Annabella Stieren and Brindusa Nastasa traveled to Turkey and Greece on the search for bedtime stories. They brought four back with them to Germany, which were then illustrated by Syrian artist Yara Said and adapted into multimedia stories by editors Alexander Epp and Bernhard Riedmann.

The first thing you notice when you meet Robeen is that he is constantly in a good mood. "That's the best hummus I've ever had!" he exclaims as he looks out over the tents pitched at Dock E2 in Piraeus, the port of Athens. He's holding a paper plate in his hands with an indefinable yellow glop that the Greek military has served the refugees for dinner.

Robeen is a storyteller who has his own special way of confronting the psychological problems children here face. When we met him in Greece in March, he had been living here for a week. The border to Macedonia was closed, but Robeen still hoped to get to Germany and become a star for FC Bayern Munich. In Syria, he had been a midfielder for the professional football club Al-Karamah SC in Homs.

A song Robeen wrote called "Almania," an adaptation of a Syrian pop song, had become famous here at the refugee camp in Pireaus. There was always someone humming it in the bathroom lines and children bickered over the correct lyrics.

Former professional football player Robeen is a storyteller and entertainer seeking to make life merrier in the refugee camp.

Robeen spent a lot of time clowning around on the Syrian side of the refugee camp. He would bellow the national anthems of all the Arab countries at the top of this lungs until the neighbors complained and he was constantly trying to cheer up the children in the camp.

When rain began pelting against the thin tent walls at night, he would tell bedtime stories to the children nearby. Sometimes it was "Leyla and the Wolf," the Syrian version of "Little Red Riding Hood," at others it was "Cinderella." Most of the time, though, he used stories to try to help the children understand the predicament they were in.

Suleyman and the Ants

The Girl from the Market 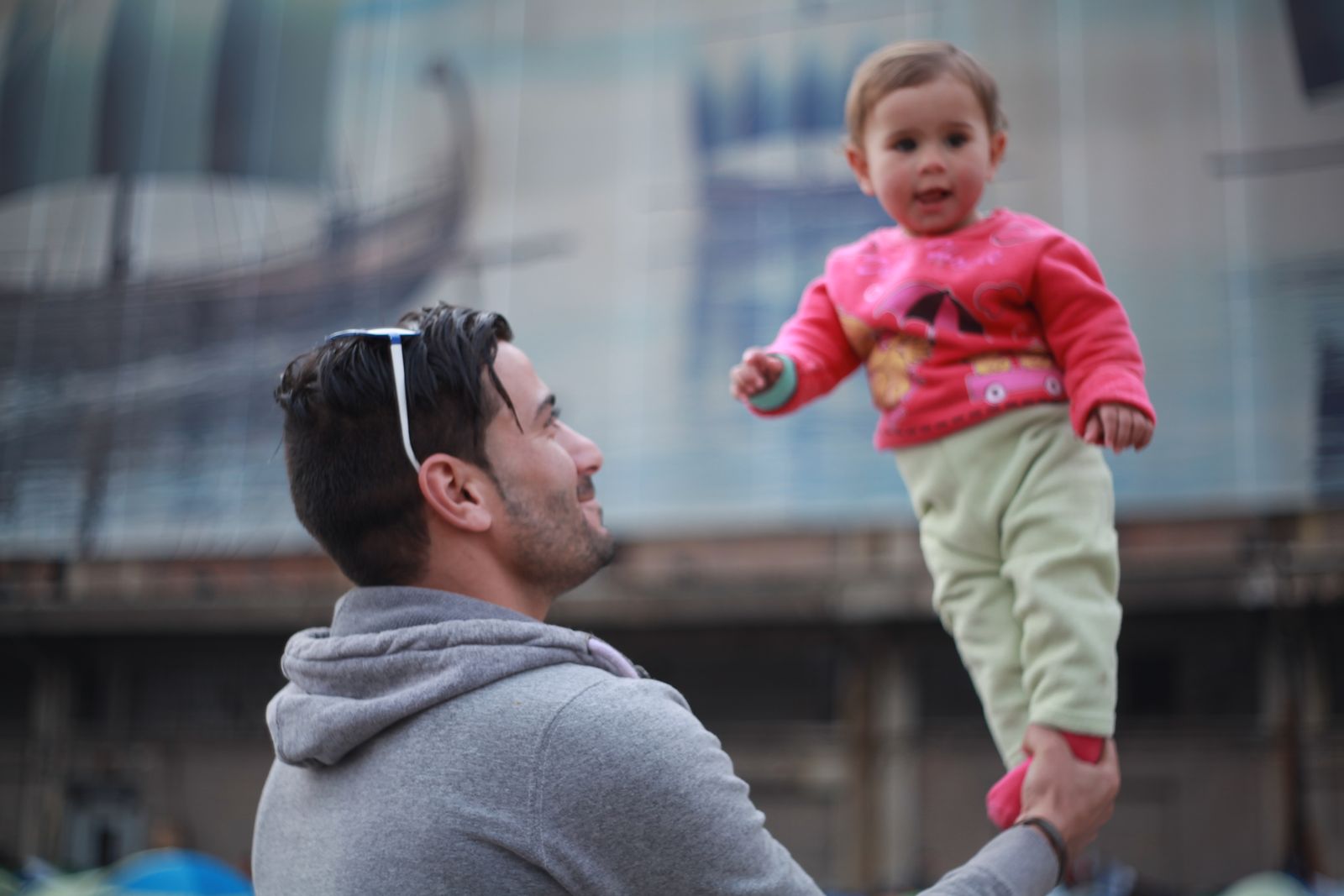 Former professional football player Robeen is a storyteller and entertainer seeking to make life merrier in the refugee camp.