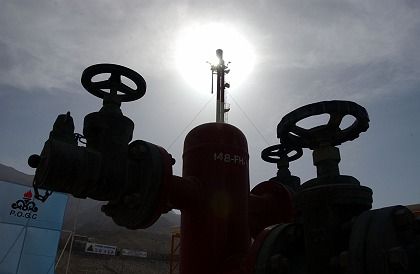 The West has its eyes on the South Pars gas field in Iran.

Germany has for years been talking about diversifying its natural gas supplies to reduce over-reliance on Russia. But the solution currently being considered by German energy utility E.on may end up being just as controversial -- the company wants to buy gas from Iran.

The announcement by E.on that it was seeking a potential deal with Iran to buy so-called "liquid natural gas" (LNG) came on Tuesday. The energy giant is currently seeking a long-term source of LNG for a new terminal it wants to build at Wilhelmshaven on Germany's coast. LNG, which is delivered by ship rather than by pipeline, gives a utility greater flexibility in choosing which producers to buy from.

Berlin has become increasingly skeptical about the reliability of Russia as an energy supplier as Gazprom, the Kremlin-controlled gas company in charge of most of Siberia's vast reserves, has repeatedly flexed its muscles in price spats with Russia's neighbors. But E.on's interest in Iran comes just as the international community is discussing further sanctions on Tehran for its controversial nuclear program.

"E.on Ruhrgas has for some time been looking into the possibility of obtaining LNG and is in talks with various producers," said Tatjana Dreyer, a spokeswoman for the utility's gas division E.on Ruhrgas. "One of the producer countries is of course Iran. The country has the world's second-largest natural gas reserves."

The company is clearly aware of the political sensitivity of such a deal. "In our dealings with the country, we are strictly complying with the rules and requirements set out in the German government's policy," Dreyer said. "To this end we are in close contact with the responsible government offices."

E.On Ruhrgas would need permission from the German government to enter into a gas deal with a supplier in Iran or any other country, German Economy Ministry spokesman Steffen Moritz told the Associated Press.

The United Nations Security Council imposed sanctions on Iran last December, targeting the country's nuclear and missile program. Diplomats from the US, UK, France, China, Russia and Germany are currently discussing the possibility of further sanctions.

The situation may have become even more sensitive on Tuesday with the US Congress backing a new legislative effort intended to force the Bush administration to sanction oil firms and countries that make deals with Iran. For the moment, however, it is unclear what effect that may have on US allies.

E.on is just one of many major energy companies interested in Iran's vast natural resources despite US pressure against investing in Iran. Shell announced last month it had signed a deal with Iran, in conjunction with Spain's Repsol, to develop South Pars, the country's biggest natural gas field.

German and European concerns about Russian reliability as an energy supplier stem from a series of disputes in which Russia cut off energy supplies to Ukraine in 2005 and Belarus in 2006. Germany currently gets about a third of its natural gas requirements from Russia, with demand expected to increase in the coming years.