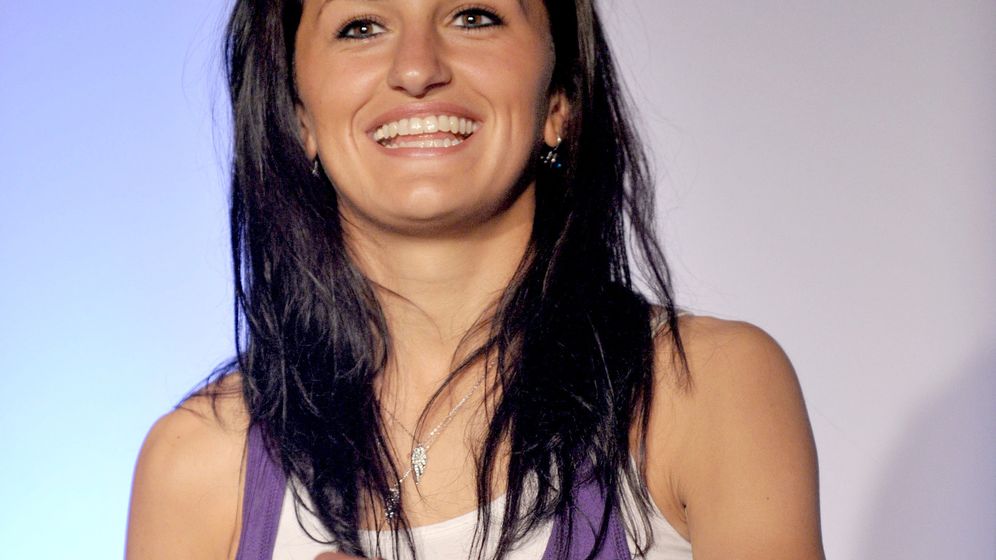 The 2011 Women's World Cup promises to be "the most beautiful World Cup of all time." At least that's how major German electriconics retailer Expert describes it in a recent marketing campaign, which features the slogan alongside some of the prettiest faces in the national team. Their television commercial begins with the players engaged in a high-intensity match, but suddenly the action freezes as the players pause mid-stride to apply makeup to their miraculously sweat-free faces.

What this cliché-ridden advertisement has to do with electronics or the Women's World Cup is questionable. But one thing is clear: The tournament, which kicks off this Sunday, has finally broken into the top league of the advertising world. What was previously unthinkable is now a reality. Some of Germany's biggest companies are placing their marketing hopes -- and money -- in women's football. Deutsche Post, Deutsche Bahn, Deutsche Telekom, Rewe, Allianz and Commerzbank have embraced the advertising opportunities offered by this year's tournament, shelling out millions for campaigns. Other companies, like Expert, have contracts with individual players.

Germany's female footballers have long fought to reap the benefits of top tier advertising. Though the national side won the World Cup in both 2003 and 2007, their public exposure has been limited until now. The country's top female footballers still make salaries comparable to those of skilled workers, averaging between €2,000 and €4,000 ($2,842 to $5,683) per month. At such rates, their income remains as distant from the multi-million-euro contracts of their male counterparts as they are from the men's television presence. Until now, broadcasters have only aired parts of the women's tournaments.

But this year, everything is supposed to change. Major German broadcasters ARD and ZDF are airing every game of the 2011 World Cup. A collector's sticker album has been made available for the first time, and is selling well. The players' bank accounts might benefit as well. If the squad manages to win the title yet again, each player will receive a bonus of €60,000 ($85,254) plus a cut of the marketing revenue.

If athletic achievements alone weren't enough to inspire such a change of heart about women's football, why are advertisers taking notice now? Much of the interest could be due to the fact that this year's World Cup is taking place in Germany. But Daniela Schaaf, an expert on women's football at the German Sport University Cologne, has a different theory: "It's the new image of female footballers," she says. "The players are now seen as sexy and that sexy image is pushed. They are no longer perceived as manly women." In short, the image of women's football has shifted from one extreme to another.

Past statements from German team manager Doris Fitschen, who encouraged her athletes to appear in lifestyle magazines, followed similar reasoning. Even if one of her players wanted to strip down for "Playboy," she said, it wouldn't be an issue. The insurance company Allianz, one of the team's six national sponsors, also isn't coy about the women's feminine charms. "A player's attractiveness is helpful for her and profitable for the business," a spokeswoman said.

That the marketing of female footballers adheres to a different set of rules is also apparent in a survey Schaaf conducted with some 80 decision-makers in the advertising industry. According to her results, the athletes' sex appeal is the third most important consideration when awarding advertising contracts. The fit between the product and the player, as well as her public profile -- which is also related to appearance -- were the top two factors, respondents said. Schaaf's conclusion: "Female footballers are marketed best through their bodies." While a certain level of attractiveness certainly can't hurt the success of male players, "male footballers who don't meet the common beauty ideals still get good advertising contracts," she said.

The best example of the current trend in women's football is Fatmire Bajramaj. The 23-year-old midfielder has capitalized on her athletic success -- and her beauty -- for significant profit. She is the only player on the German team whose estimated annual income reaches six figures. A club transfer from Potsdam to high-profile Frankfurt and increasing advertising revenue spurred her financial success. One of her contracts is with sports retailer Nike, for which she has appeared in multiple advertisments. In some ads she is seen with national men's team star Mesut Özil, and in most she shows a striking amount of skin.

'It Will Get Old Fast'

The strategy may yield short-term success, but there are questions over whether it is sustainable. Will sponsors maintain their enthusiasm for women's football over time? Insurer Allianz, one of the tournament's major sponsors, has expressed interest in a continued engagement, particularly with the team's fresh young talent. Many specialists believe that the marketing of female footballers could continue successfully in the long run, provided it focuses more on professional, rather than physical, aspects. A third World Cup title would be a step in the right direction, and could help replace the players' sexy image with a sportier one. For continued success, the German Football Association must give women's football as much attention after the World Cup as it has in the weeks leading up to it. This would require TV broadcasters to expand their coverage of women's football by also airing women's Bundesliga games.

But Schaaf is skeptical: "If the marketing is based almost completely on appearance, athletic accomplishments will continue to be put on the back burner," she says. "That will get old fast."

Pessimists are already pointing to Bajramaj as a cautionary tale, claiming that her glamour girl campaign is coming to an end: The midfielder recently put in a weak performance during training and is in danger of losing her starting spot for Sunday's opener. But German coach Silvia Neid and the advertising industry already have substitutes ready at the sidelines: the attractive young up-and-comers Celie Okoyino da Mbababi and Kim Kulig.