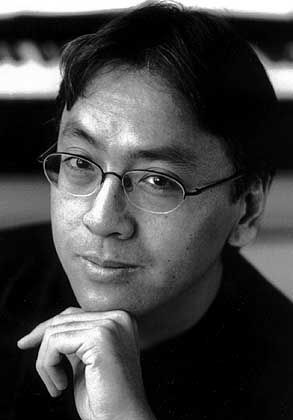 Kazuo Ishiguro writes about a mythical Britain. "I call it 'England,' but it's just an imaginary setting," he says.

Mr. Ishiguro, "Never Let Me Go" is your sixth novel in 23 years. It seems you're writing quite slowly. Why is that?

Kazuo Ishiguro: I've never felt the need to write more quickly. I never think I should contribute to the number of books. It's more important to write a book that is slightly different.

SPIEGEL ONLINE: You've already sold about a million copies in English and your books have been translated into 28 other languages.

Ishiguro: I don't keep track of these figures, but I think there is a huge difference these days between writers who have very big sales, and writers who have small sales. Even writers with very high reputations, even Nobel prize winners, often sell in very low figures. So I think it's quite difficult to understand what kind of life a writer leads. They might be millionaires, or they might be starving people. In the last 10 or 15 years it has become possible, particularly for English-language writers, to command a global market.

SPIEGEL ONLINE: Young German writers now say the best way to earn a reputation in Germany is to be a successful American novelist.

Ishiguro: I think it's admirable that people in Germany are outward-looking enough to pay attention to American writers, or indeed British writers. But to some extent it disturbs me, this trend. Every country should have a strong literary tradition of its own at the center, but it should also have an interest in other countries.

SPIEGEL ONLINE: What does it mean to be an international writer?

Ishiguro: Well, one important aspect is that if I spend time here in Germany or somewhere else explaining why I've written certain passages, when I go home and try to write my next book, somewhere in the back of my mind I have this idea that I'm going to be translated. Something that looks great in English may not work in other languages because it relies too much on puns, brand names, cultural references. And I feel a pressure to remove these things from my writing. This can be very dangerous.

SPIEGEL ONLINE: But aren't you quite suited to be a global writer? You were born in Japan, your family moved to England when you were 5. Are you still rooted in Japanese culture?

Ishiguro: Of course, England is my home. But my parents are both well and alive, and if I speak to them now on the phone I'll go into a very bad child's Japanese. That's the only language I ever speak to them in. The plan was always to go back to Japan. My father was a scientist working for the British government -- on a temporary basis, we thought. It turns out he's still there after 45 years. But I was being prepared to return to Japan and fit into Japanese society.

SPIEGEL ONLINE: Weren't you an outcast as an Asian boy in suburban England?

Ishiguro: Far from it. I was actually a very popular local figure. I was head choirboy in the local church, and I knew everybody. The British are interesting in that way. At some level they can be accused of being very racist, but at the individual level the British have always been very open. I grew up in Britain before it became a multicultural place, so in many ways I have a nostalgia for an England that's vanished -- the England of my childhood has actually disappeared. From the mid-'60s onwards, many British developed a prejudice against people from the Indian subcontinent, and so on, but while I was a boy there was no fixed response.

SPIEGEL ONLINE: In your latest novel, the setting is England, but it doesn't sound very English.

Ishiguro: I never wanted to write books that are actually about England. I know many very good writers in Britain who are very concerned to take the temperature of British society, but for me -- you know, I call it 'England,' but it's just an imaginary setting. When I wrote "The Remains of the Day," which many people think is a very English novel, that England too was a very made-up England.

SPIEGEL ONLINE: It plays with ideas and stereotypes of Englishness that many Germans have. 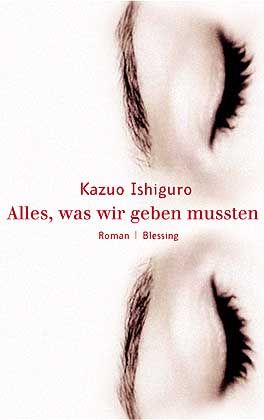 A German translation of Ishiguro's latest novel, Never Let Me Go, has just been published.

Ishiguro: Yes, I think everyone around the world has those. So it's a sort of international setting. Even English people have that myth of what England is like. The England in the new novel is very different from the "Remains of the Day" England, but it's just as stylized.

SPIEGEL ONLINE: It's a sort of rural England, the countryside in Norfolk ...

Ishiguro: But it's not a beautiful English countryside, it's bleak and cold and gray.

SPIEGEL ONLINE: "Never Let Me Go" is quite depressing, on the whole. You have these young people, these clones, who are in a horrible situation, with a horrible destiny, but they don't rebel. Is this somehow your idea of the human condition?

Ishiguro: I have to admit, all my books have this quality in it. Just going back to the butler in "The Remains of the Day". He can't see where he fits into the whole thing -- the history of England and Nazi Germany. He just accepts, and tries to rescue some little pride or dignity. With "Never Let Me Go" I knew from the start that I didn't want to write a story about an enslaved, exploited class that would then rebel. My subject matter wasn't going to be the triumph of the human spirit. I was interested in the human capacity to accept what must seem like a limited and cruel fate.

SPIEGEL ONLINE: One American critic compared "Never Let Me Go" with works by Kafka and Beckett.

Ishiguro: I think he made the point that it's useful to look at my work as more abstract, like the work of a Beckett or a Kafka. He's right about that. Throughout my career I've struggled to encourage people to read my books on a more metaphorical level. I'm less attached to my settings than, for example, Saul Bellow. The setting of a novel for me is just a part of the technique. I choose it at the end.

SPIEGEL ONLINE: You start with the characters?

Ishiguro: I often start with the relationships, or the questions, the themes. The setting always comes at the end. When I'm preparing a novel, this is always my big problem. I often have a whole story, and then I find myself location-hunting through history books and thinking, "Well, if I set this during the Cuban Revolution, that might be interesting." My first novel ended up being set in Nagasaki at the end of World War II, but when I first started it, it was set in Cornwall.

SPIEGEL ONLINE: The other novelist you remind one of is W.G. Sebald, because he has this precision and at the same time this vagueness, and he also has these narrators who reflect on their lives and on their history.

Ishiguro: Of course I've read Sebald, and I met him a few times before he died. But I can't say I was influenced by him. I read him for the first time only a few years ago. He'd been teaching in Britain for many many years, but we only noticed his books several years ago, when "The Emigrants" was translated. Then everyone was interested. And then in 2001, tragically, he died in that car accident. I had been to the University of East Anglia where he taught, and nobody noticed him at the time. They were trying so hard to create this culture at UEA, with so many exciting writers, and probably the best writer to come out of the university had been teaching there quietly as a professor of comparative literature. I think that's very funny.

SPIEGEL ONLINE: Who are your literary influnences?

Ishhiguro: Dostoevsky, Tolstoy, and Chekhov -- the people I read when I was young. Some English writers, as well. Not Japanese writers. Japanese filmmakers from the 1950s, like Yasujiro Ozu or Akira Kurosawa, had a huge impact on me, but not Japanese books. I find Japanese books quite baffling when I read them in translation. It's only now with Haruki Murakami that I find Japanse fiction that I can understand and relate to. He's a very international writer.

Ishiguro: Yes, but I also think Japan is like that. I went to hear Kurosawa speak about 20 years ago, and he made this exact same point. Someone asked, 'Why do you adapt Shakespeare? This is a very international thing for you to do,' and he said, 'No, it's very natural.' Because he grew up with Shakespeare and French writers and Russian writers. He said, 'This is what a typical Japanese person is.' If you go to Tokyo, I think it becomes very obvious that there's this almost seamless mixture of popular culture and Japanese traditional culture.

SPIEGEL ONLINE: Most of your novels have been about an individual thinking back over a life. Do you ever want to write something quite different, like a poem or a play?

Ishiguro: I have been doing some screenplay writing, and that for me is a completely different way to work, where I collaborate with other people. I think that comes from a different part of me, and that's quite refreshing. But I remain fascinated by memory. What I would like to tackle next is how a whole society or nation remembers or forgets. When is it healthy to remember, and when is it healthy to forget?

SPIEGEL ONLINE: In Germany, due to the Nazi past, that has been a very big issue since the sixties.

Ishiguro: Yes, Germany is a place where it's been done on a very conscious level. I think Germans have done it more thoroughly and perhaps more successfully of all the big nations.

Ishiguro: Compared with the Japanese, yes. But I think America has a very troubled memory of slavery. Some people say, bury that, move on. It's not good for the black people, and it's not good for the whites to keep on bringing up these things from the past. And other people say, unless you do that, the society will never move on. You can say the same about all those countries that were occupied by the Nazis, France and the Scandinavian countries: is it a good idea to start digging up all the people who collaborated, or is it best to move on? Every nation has these questions.

SPIEGEL ONLINE: Nietzsche once said, "To forget makes you free."

Ishiguro: Well, it's such a big subject. I think my books have concentrated on countries going through big social changes on the one hand, or individual memories on the other hand, but I've never been able to put these two things together. It is quite a challenge.