Police in the southern German city of Bayreuth are trying to hunt down pranksters who they estimate have stuck between 2,000-3,000 miniature American toothpick-flags into piles of dog poop. "Maybe someone was doing this to protest the Iraq war or maybe they were just doing it to raise attention to the extreme amount of canine waste in the park," Josef Oetti of the city's parks and recreation department told the German wire service DPA. "For several weeks at a time nothing happens," he said. "Then, all of the sudden we find as many as 100 American flags at a time." Desecration of the flag may be a crime under the American constitution, but legal experts in Germany believe the country's freedom of expression laws will limit any action they can take against the dirty-minded flag planter. (2:30 p.m. CET)

The Trouble with Being Mahmoud 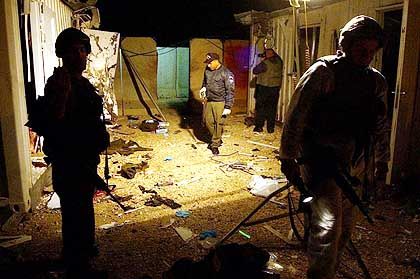 Israeli soldiers inspect the site where a Palestinian suicide bomber blew himself up at an Israeli army military base in Gush Katif in the Gaza Strip. An Israeli agent was killed in the incident.

You've got to feel at least a smidgen of sympathy for Mahmoud Abbas. He's only been in office for a week, but radical groups are making life as difficult as possible for the freshly elected Palestinian president. On Tuesday night, the radical Palestinian organization Hamas claimed responsibility for three attacks, including a suicide bombing that claimed the life of an Israeli Sin Bet agent. The attacks happened at a time when Abbas is in peace talks aimed at encouraging the extremists to agree to a cease-fire with Israel so that Middle East peace negotiations can get on track again.

The attacks happened just hours after Abbas travelled to the Gaza Strip to meet with leaders of the militant Islamic Jihad and, later, representatives of Hamas to push for a cease-fire with Israel. Hamas's spokesman, Sami Abu Zuhri, said the talks had been positive and that the group was considering Abbas's call for a cease-fire. But many see the attacks as a laying down of the gauntlet by Hamas.

Israeli Prime Minister Ariel Sharon, who has insisted Abbas must take police action against militants before peace talks can resume, has said he is running out of patience. "Abu Mazen doesn't need a settling-in period," Sharon said, using Abbas's popular nickname. "It's not as if he doesn't know what's happening in the field." So far, Abbas has refused to have his security forces crack down on extremists -- and his refusal to do so appears to be holding up the prospects for peace with Israel. In the meantime, the attacks continue along with Israel's "surgical strikes" aimed at snuffing out potential suicide bombers. (1:30 p.m. CET)

Do the British Torture, Too? 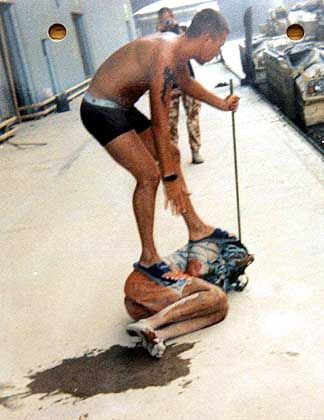 A British soldier tortures an Iraqi prisoner as another soldier plays shutterbug in the background.

America is lucky to have such an ally. The United States wants to go to war? The British follow along. The US needs more soldiers in Iraq? The British send them. With Tuesday's publication of photos showing British soldiers torturing and sexually humiliating Iraqi prisoners in Basra, 10 Downing Street now has its own Abu Ghraib -- and Washington has a new shoulder to cry on as both countries are now justly condemned in the court of world opinion for their soldiers' outrageous treatment of prisoners in Iraq.

The photos came to light on Tuesday at the court martial of three soldiers from the Royal Regiment of Fusiliers being held on a British military base in Osnabruck, Germany. The three face nine charges of abusing prisoners including forcing prisoners to engage in simulated sexual acts in front of the camera, beating and tying one prisoner to a forklift and driving him around the prison yard. (The soldier allegedly responsible said he was merely moving the man "out of the sun.") 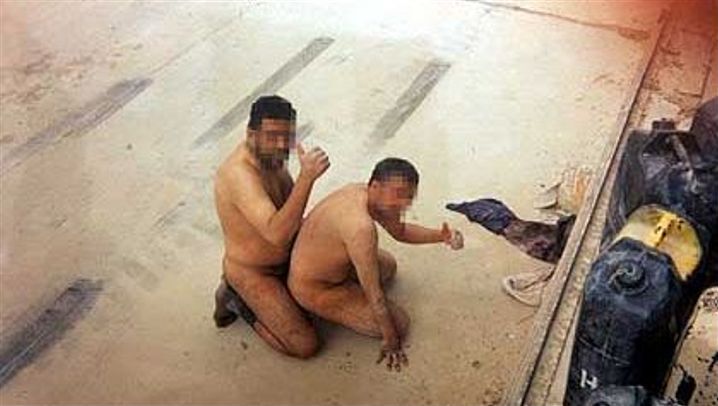 One of the soldiers, Lance Cpl. Darren Larkin, 30, pleaded guilty on Tuesday to one count of beating an Iraqi prisoner while the other two soldiers, Cpl. Daniel Kenyon, 33, and Lance Cpl. Mark Cooley, 25, pleaded not guilty to all charges. It is the first case of British soldiers going on trial for torturing Iraqis.

The events themselves are not new, having taken place in May 2003, but this is the first time that the graphic and disgusting photos of British soldiers engaged in torture have been released to the public. The photos were originally discovered by authorities in late May 2003 when Fusilier Gary Barlam took a roll of film to be developed in his hometown of Tamworth, England. Employees at the photo lab turned him into the police.

Airports Prepare for the Flying Mammoth 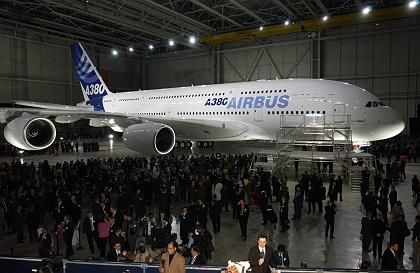 Guests line up for a peek at the A380 megaliner at its christening in Toulouse, France. This hangar's large enough for the world's biggest man-made bird, but airports must undertake major expansions to accommodate the jet.

On Tuesday, European jet manufacturer Airbus unveiled its A380 megaliner at its plant in Toulouse, France -- offering the company's executives and European leaders a chance to pat themselves on the back. Yet again, they've one-upped Boeing in the passenger aircraft market and newspapers both in Europe and in the USA are already writing the 747's obituary. But not so fast -- there's a problem: Only a handful of the airports worldwide have runways, terminal facilities and maintenance hangars big enough to accommodate the super jumbo.

In many airports, terminals will have to be completely modified to handle the jet -- most lack bridges big enough to connect with the plane at the gate and some will also have to add additional bridges in order to load and unload passengers within a reasonable amount of time. The de-icing equipment currently used by airports isn't tall enough to reach the plane's eight-story high extremities, and even the tow-trucks used to pull jets to and from the terminal lack the horsepower to pull the plane, which can have a maximum take-off weight of 560 tons. The costs of outfitting the world's biggest airports for the world's biggest airplane are expected to run into the billions. In Germany, the Frankfurt and Munich airports will be ready for the plane, but the only American airport already set for an A380 landing, loading and unloading is San Francisco, though 14 other US cities are expected to follow suit including New York. Within five years, some 60 international airports are expected to have been upgraded for the Airbus.

The plane is also proving a challenge for airport safety officials. In Frankfurt, the airport plans to send its fire fighters to Airbus's Toulouse headquarters to receive training on how to deal with a fire on the jet, which can seat up to 800 passengers in an all coach class configuration. Altogether, it's just about as dizzying as craning your neck to look at this gigantic bird. (10 a.m. CET)