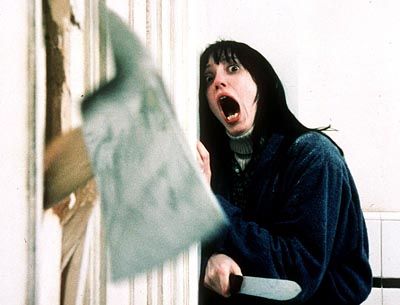 You have to feel a wee bit sorry for French President Jacques Chirac and German Chancellor Gerhard Schroeder. Kind of the way you feel for cheerleaders who keep getting all primped up for games, but never get to perform because their team keeps losing. Indeed, team Europe is having quite an off-season. And both men have been categorically benched by their own citizens. Now, England is joining the fray -- in order to give the beleaguered men and their stalled European dream an added boot. On Monday, all waited patiently for the news everyone knew was coming -- that British Foreign Secretary Jack Straw was postponing an English referendum on the already-embattled European Union constitution in light of France and Holland's wholehearted rejection of the treaty. Although a postponement might seem like just more of the dull drivel the EU so generously churns out, it is much more. Anthony King, a professor of politics at Essex University, told Reuters that no matter how delicately he worded his statement, Straw would be sending a signal that "he and the British government regard the constitution as dead."

For Chirac and Schroeder, who have been trying to cheer other nations into sticking with the ratification process, the British postponement is a clear kick in the pants. But for British Prime Minister Tony Blair, it is manna from heaven. It may even have saved him his job -- at least for a few extra months. According to a poll in the English tabloid the Sun on Friday, 72 percent of Britons were ready to reject the constitution. Such a crushing defeat would not only be a humiliation for Blair, but might have caused him to step down as prime minister even earlier than he is already expected to do. Now, he has a little more breathing room. You can bet the champagne will be popping Monday night at 10 Downing Street. Still, the party won't last long. In 10 days the European Council is skedded to pow wow in Brussels over how to surmount the current crisis. You can bet Blair won't be received warmly. Complicating matters is the wee fact that in less than a month (on July 1) Britain will assume the rotating European Union presidency. Ironically, it will then be up to the Brits to help lead the downtrodden EU back to the playing field. Far from an enviable position --it may prove an impossible one. (2 p.m. CET)

A Human Zoo, for Real!

Talk about politically incorrect. Zoo organizers in the southern German city of Augsburg have come up with the idea of putting Africans on display at their zoo as an uncoventional way to attract more visitors. That's right. They want to create a living "African Village" featuring African basket weavers, woodworkers and storytellers posed among huts located near other African inhabitants, like elephants and rhinos. The idea is to let visitors gawk at -- or as their brochure says -- "discover the Dark Continent." Plans for the show -- scheduled to open July 9 -- have engendered outrage from Africans and civil rights advocates across Europe, but particularly those in Germany. Historian Norbert Finzsch, provost of the University of Cologne, too, has lambasted the project, insisting it underscores that in Germany "people of color are still seen as exotic objects (of desire), as basically dehumanized entities within the realm of animals." Finzsch insists the idea to hold such a display is "the direct result of 40 years of German colonialism and 12 years of National Socialism.

Zoo organizers seem to be painfully oblivious to their insensitivity and claim to be at a loss to understand the commotion. For instance, in a written reply to a Swiss African protestor, zoo director Barbara Jantschke, insisted that the idea was not to offend people. Instead, she said, the zoo is "exactly the right place to convey an exotic atmosphere." Nor could she understand the brouhaha, after all, one of the organizers is himself "a native African with black skin." Ever heard of sensitivity training? (1 p.m. CET) 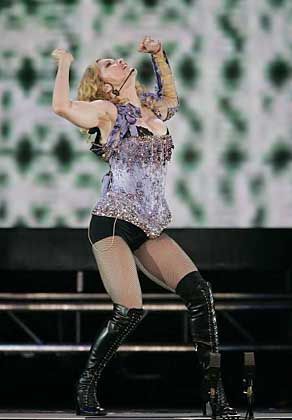 Madonna and other (white) Live Aid veterans will be back.

Live8 tickets went up for grabs Monday and the fury was as ferocious as expected. Twenty years after his original Live Aid concert to benefit Africa, music promoter extraordinaire Bob Geldorf seems to be pulling it off again. Indeed, in many ways, this year's five-venue concert on July 2, seems to be mirroring the 1985 phenomenon, which, did great good, but let us recall, also forever plagued us with the repetitive tune "Do They Know its Christmas." Many of the 1985 performers are even returning for the bash -- Paul McCartney, U2, Elton John and Madonna, to name a few. Of course, they have now matured. As Elton John told England's Guardian newspaper, "When the Live Aid concert happened 20 years ago I was pretty much a self-obsessed drug addict. Although I was pleased to be part of a great day, I really wasn't adult enough or mature enough to realize the full consequences of what we were doing." Uplifting.

One thing that strikes us, is that for all its professions of sympathy for Africa, Live 8 still operates from a stunningly white, colonial mentality. Where, for instance, are the African stars? (OK, the Sengalese star Youssou N'Dour will be playing in Paris, but where are the others?) Can it possibly be that no African musicians are as good as washed up 80s bands like Duran Duran? While the US line-up does feature some African-American faces -- Jay-Z, 50 Cent, Stevie Wonder -- Hyde Park's only non-white faces will be Mariah Carey and Snoop Dogg. The same criticism was thrown at the original Live Aid concert -- with similarly little effect. Alas, plus ca change...(12 p.m. CET) 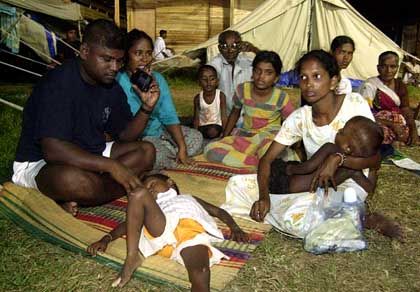 One thousand Sri Lankan families may soon get a tsunami-safe home.

An American architect who survived last year's South Asian tsunami has come up with a high-tech solution to an ancient conundrum: how to outsmart Mother Nature. Carlo Ratti, of the Massachusetts Institute of Technology, has developed a low-cost ($1,000-$1,500) Sri Lankan house that will allow raging ocean water to wash through and under a home rather than knocking it flat. Ratti claims his houses are five times safer than traditional Sri Lankan models and could help save many lives. The best part about the high-tech design is its low tech materials -- all available locally. In order to stand firm, the houses will have four core blocks made of concrete and the walls will be made of wood or bamboo. They will also sit on top of concrete blocks a few feet above ground, which will allow storm waters to whoosh beneath them.

The best part: Ratti is not only a thinker, but also a doer. With help from MIT's Prajnopaya Buddhist Foundation, he has collected numerous donations and in July he plans to start building 1,000 of his "tsunami safe" houses on Sri Lanka. Anyone who lost a home in the flood is eligible. That is no small number. The flood killed an estimated 40,000 Sri Lankans and 100,000 are still living in make-shift shelters. (11 a.m. CET)