There were 18 people on board the Zodiac: 17 Afghans and one Turk who didn't know the way. In the last stretch of the 90-minute boat trip from the Turkish coast town Kucukkuyu to the Greek island Lesbos, the autumn wind threw them on the cliffs. Ten Afghans survived. The others, including a couple and their three children, ended up in the graves for the unknown refugees at Mytilini cemetery. They are buried at a distance from the flower-draped tombstones of the local Greek people, on the far end of the graveyard, close to the trash.

No one knows who they are, says an Afghan immigrant who survived the trip from Turkey on a rubber dinghy seven years ago. He is the only person who visits the anonymous graves on a weekly basis. "No one wants to know them," he says. "That is the problem."

He refuses to give his name. He has been staying in Greece illegally for seven years now and complaining is not a wise thing to do. But he is known to Afghans around the world as the only one of them who didn't travel on to other parts of Europe when he reached the continent, but stayed on Lesbos.

He is now the self-proclaimed ambassador for boat refugees on the island. After each tragic accident, the next of kin find a way to reach him. Whenever news of drowning victims in the Aegean Sea gets out, he gets phone calls from Athens, Rome or Rotterdam. And there is always someone waiting in Afghanistan for the releasing call: "We've reached Lesbos, we're safe." If no one makes that call, those waiting phone him.

He tells those left behind what went wrong. Families ask him to take pictures of the grave, and of their faces. He takes pictures and mails them.

He doesn't always tell the families the whole truth. On Lesbos, Muslim immigrants are often buried without the Islamic burying rituals, without prayers, and with their feet rather than their heads facing Mecca.

"That is very painful," he says. "If I have to tell a mother her child did not just drown, but is buried in a way she wouldn't want him to be ..."

No Authority Knows How Many are Killed

No official records are kept of the migrants who die attempting to reach Europe. No government within the European Union is trying to discover their names; no authority knows how many are killed on the external borders of "Fortress Europe."

There are organizations that attempt to count the victims. United against Racism, a group that originated in the squatters movement, clips out reports from local papers and adds up the dead. They have counted 13,000 deceased migrants en route to Europe since 1994. Some died in shipwrecks off the Spanish coast of Lanzarote, some collapsed on their way through the Libyan desert, others stepped on Greek landmines near the Turkish border. The list is endless.

The Afghan living on Lesbos says many families try to get the bodies back home. "But it's an unwinnable battle. Repatriation costs thousands of euros. The trip from here to Athens, Athens to Kabul: unaffordable. And the Western embassies in Afghanistan don't give out visa to the bereaved to come pay their last respects to their loved ones."

As Though They Never Existed

As the only permanent Afghan resident of the island, he feels compelled to perform the burying rituals in the name of the families. If he is informed about a funeral in time, he will go and say the Islamic prayers. But he can't take on the imperative restrictions of the Greek law. Because of the distressing lack of burying grounds in Greece, all graves are cleared away after three years. In principle, the bones are then handed over to the family of the deceased.

"I have told the authorities this is against our religion, but nobody listens," he says. In all his years on Lesbos, he has not been able to find out what happens to the bones of his fellow countrymen after their graves are cleared. He fears they are destroyed. As though they never existed. 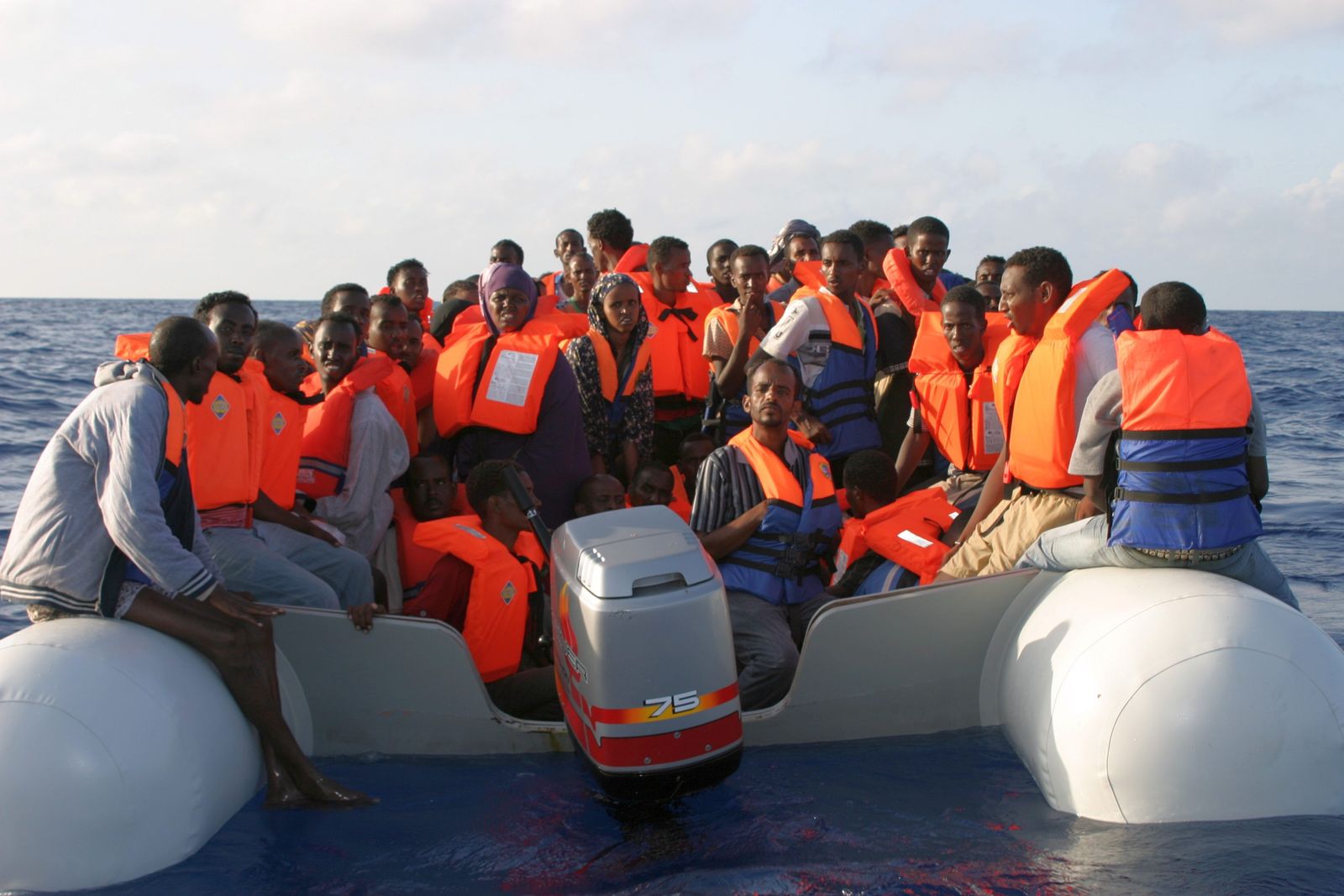 Would-be illegal immigrants are taken to Malta after being rescued from a sinking dinghy. Thousands of people have died in recent years trying to get to "Fortress Europe."