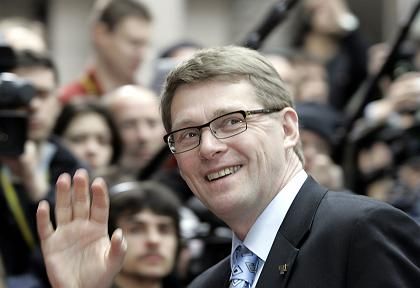 SPIEGEL: Mr. Prime Minister, Europe wants to redefine its relationship to its great neighbor Russia and negotiate a treaty on fundamental principles with Moscow. Is this a sea change in the policy of Brussels towards the East?

Vanhanen: In the long term, Europe can't regulate the special relationship it has with Russia with the usual tools of its "good neighbor" policies.

SPIEGEL: Because self-confident Russia no longer wants to be treated on the same level as Algeria and Ukraine?

Vanhanen: Because the relationship between Europe and Russia is such a special one, this cooperation also needs its own basis in the form of a treaty. That requires a mandate from all 25 member states of the EU. I will try to achieve this at the EU summit in Lahti in October.

SPIEGEL: What do you expect to be the outcome of negotiations with Russia?

Vanhanen: A European-Russian free trade zone could be one outcome, for example. In such a zone, EU companies could act freely in Russia, and Russian companies could trade, purchase and invest in Europe. Great opportunities for both sides would result. The Russian market is enormous; Russia also possesses of massive energy resources and is technologically advanced in some sectors. We could sign reliable contracts for delivering energy supplies over the long-term at market prices that aren't pegged to political conditions.

SPIEGEL: Russia's President Putin views his country as a resurrected superpower whose energy resources are its most powerful weapon. Why should he blunt this weapon?

Vanhanen: It is also in Russia's interest to establish the foundations for a reliable partnership. While it is true that Europe needs Russia's natural gas and oil, it is no less true that Russia needs our money, our technologies and our market. We are mutually dependent on each other.

SPIEGEL: When the Russians cut off Ukraine's gas supply at the beginning of this year, that made Europe jump as well. Russia supplies 40 percent of the natural gas and one-quarter of the oil consumed by Europe.

Vanhanen: That's reason enough to reduce this dependence by creating an intelligent, forward-looking policy -- in so far as that is possible. After all, our energy risk won't get any smaller in the future. Today, Europe covers 50 percent of its energy needs by means of imports -- soon, it will be 70 percent. So our policy can only be that of producing more energy ourselves wherever possible. We should also import from as many different providers as possible in order not to be overly dependent from any single provider. But one shouldn't dramatize the risk either. Why should the Russians -- our main energy provider, breach contracts and cut off the supply? The consequences for them would be tremendous; the long-term damage for Russia would be considerable. We Finns have decades of experience with Russian energy providers -- I can assure you that we have never had problems.

A European Union-Russia summit in Sochi, Russia in May: "Trade, purchase and invest."

Vanhanen: That's going to have to happen eventually. But it will take some time before the recognition that such a move makes sense for Russia takes hold in Moscow. The reluctance to permit foreign investment is quite understandable. The energy sector is so extremely important for Russia ...

SPIEGEL: Putin has called the natural resources sector as his "Holy of Holies."

Vanhanen: ... and who wants to let outsiders in on that? Opening up this sector is a difficult step -- only the exploitation of the natural gas and oil fields can create possibilities for developing the Russian economy and raising people's standard of living. The energy sector is the key to Russia's future, and they don't want to give it away just like that.

SPIEGEL: But can we be expected to feel at ease when Gazprom systematically buys up formerly energy-related public utilities abroad -- as it's doing in Germany, for example?

Vanhanen: No. The same reservations come up. It's entirely normal today for international companies to control substantial parts of our energy market, but when a Russian investor declares himself interested, that still provokes a knee-jerk reaction from many Europeans. Many things will have to happen before that changes. Perhaps we Finns have made more progress here than others, due to our geographic location (as Russia's neighbor) and our history. When a large Finnish oil company was recently taken over by a Russian one, I said in public that I very much welcomed this development, and I promised fair conditions for the purchase. Most Finns thought I did the right thing.

Vanhanen: For me, it's primarily economic problems that are at stake. If we help the Russians -- if we increase their energy efficiency and help them solve their enormous environmental problems -- then they can sell us more oil and natural gas in the long term; we pay more and they profit more. It's a win-win situation for both sides.

SPIEGEL: How toughly can one talk to one's most-important energy partner about that partner's democracy deficit?

Vanhanen: It's possible to negotiate over energy cooperation and engage in a debate over human rights at the same time and with equal seriousness -- as long as the dialogue is a dialogue of equals and neither side is dependent on the other.