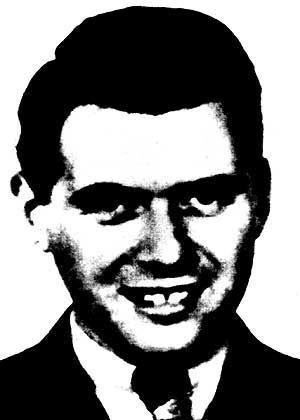 Josef Mengele was so afraid of getting caught by bounty hunters in Brazil that he would bite off the tips of his mustache. Eventually, a hairball grew in his intestines that nearly killed him.

Fear can cause physical illness. It can cause outbreaks of perspiration, weakness of the knees and sometimes even intestinal blockage. That's exactly what happened to Josef Mengele.

The medical history of the notorious Nazi doctor is so bizarre that it really doesn't fit the image of the cold and calculating monster of the concentration camps. At some point during the years after he fled prosecution in Germany, Mengele, terrified of being discovered, began chewing off the tips of his moustache hairs and swallowing them. After a few months, the hairs collected in his intestines into balls, blocking his digestive tract. It was a life-threatening condition.

Nevertheless, Josef Mengele, born in 1911, survived his case of intestinal obstruction. But the illness had such a profoundly debilitating effect on the man -- who treated prisoners like laboratory rats during the Nazi era, who surgically removed people's hearts while they were still alive and sliced newborns into pieces -- that he abandoned his idea of returning home to Germany after spending more than 30 years in exile. He was simply too weak.

Weak, broke and depressed. That, at least, was the diagnosis Mengele gave himself in the mid-1970s. And that's what it says in his diary, which the newspaper Folha de Sao Paulo began printing in installments last week.

The diary, as well as 84 other documents and a hand-written life history, were found in two cardboard boxes in the records department of the Brazilian federal police in Sao Paulo. Investigators found the documents in 1985, together with books and personal mementos, in the Sao Paulo home of the German couple Lieselotte and Wolfram Bossert, as well as in their beach house at Bertioga. At the time, however, they paid little attention to their find.

A few things were missing. Someone had stolen a pair of glasses and one of two typewriters -- Zephyr models made by American manufacturer Smith Corona -- on which he wrote most of the letters. 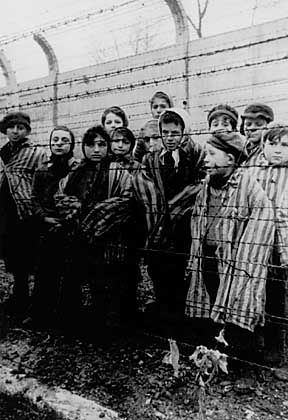 In some respects, the find from the eleventh floor of the federal police headquarters building in Sao Paulo is sensational. The letters and diary contain many new details about the life in exile of Auschwitz's "angel of death." They provide sudden insight into Mengele's paradoxically bourgeois character, into his ability to repress memories, into the incomprehensible contradiction between his bestial approach to science and his weakness for the beauty of art. But none of this means that the history of Auschwitz needs to be rewritten.

The letters are addressed to Mengele's son, Rolf, and Wolfgang Gerhard, an Austrian former Nazi who took in Mengele for a few years and moved from Brazil back to Austria in 1971. When he left Brazil, Gerhard gave his friend Josef his identification papers and his identity. In 1979, Mengele drowned while swimming in Bertioga and was buried, under the name Wolfgang Gerhard, in the Nossa Senhora do Rosario cemetery in Embu.

Bounty hunters and Nazi hunters continued searching for the former Auschwitz-Birkenau concentration camp doctor for many years after his death. Even after his skeleton was found in grave number 321 in Embu, the hunt continued. Skeptics suspected that the Mengele clan in his hometown of Günzburg had invented the story to detract from Mengele's real whereabouts. It is now clear that this is almost impossible, after a DNA analysis of genetic samples taken from Mengele's remains produced a 99 percent match with samples taken from his son Rolf.

But the conjectures and legends are a good fit with the way Mengele lived his life. The entire life of this monstrous antihero consisted of murder, lies and fleeing from the consequences. After going underground in Bavaria for four years, he obtained a Red Cross passport in 1949 and escaped to South America, where he spent 30 years traveling through Argentina, Paraguay and Brazil under a host of fake names: Fritz Fischer, Walter Hasek, Dr. Helmut Gregor-Gregori, José Aspiazi, Friedrich Edler von Breitenbach, Dr. Henrique Wollmann and, finally, Wolfgang Gerhard.

His flight came to an end in Sao Paulo. Brazil had always been a safe haven for Nazi refugees. But even there Mengele found no peace. He had to fight with bureaucrats over driver's licenses and residence permits and pay bribes to fend off blackmailers who knew his true identity. Then he suffered a stroke and intestinal obstruction.

It was during this period that Mengele wrote the letters and diary, volumes filled with blue, lined pages from a school notebook.

All of his writings are suffused with a concert pitch of whininess and the complaints of the eternally misunderstood: "Very hot ... slept very poorly ... the rainy weather is depressing." The situation, Mengele writes, "offers little hope."

While living in exile, Mengele also believed the situation in Germany was hopeless. On May 8, 1975, the 30th anniversary of the end of World War II, he wrote an "Attempt at a Lyrical Variation." It was filled with such phrases as: "Oh Germany, land in crisis, where is your empire?"

Predictably, Josef Mengele found the German reality in the late 1960s to be irritating. For Mengele, phenomena like the "professional college student (Rudi) Dutschke with his beard and unkempt hair," the wing collar proletariat" and "riveted trousers and cowboy shirts for boys and girls" were evidence of the fact that the decline of traditional order and decorum had already begun.

Mengele was also a merciless critic of culture. The new music was cacophony to his ears. Contemporary theater and television produced, in his mind, nothing but "thoughts of entrails." And he believed that modern art was little more than "the expression of pathological mental conditions, ignorance, lack of talent, malice, or whatever." Anyone who gave serious consideration to this type of material, according to Mengele, was not entitled to be taken seriously themselves. "And in architecture," he wrote, "things have remained essentially the same." The Führer, Mengele believed, would have been amused by this concept of culture.

"Degenerate youth," sex, democracy in Germany -- all of this was garbage to Josef Mengele. Why he would want to return to this horrible country will always remain his secret.

But it wasn't the general state of the German psyche that kept him from returning to Europe. The fact was that he was broke and didn't feel healthy enough to start a new life.

His friend, the real Wolfgang Gerhard, who by then was living in Austria, urged him to make the attempt anyway. He encouraged Mengele to keep up his spirits. "Dear old boy," Gerhard wrote, "I would never give advice to a friend that would harm him."

But Mengele hesitated. On the one hand, the stress of being a constant fugitive was taking its toll. On the other hand, he was loath to give up what had become the familiar life of the reclusive scholar.

The man who sent tens of thousands to their deaths at Auschwitz without blinking an eye also wrote tender poems: "Wherever a joyous bird sings, he sings for another. Wherever a tiny star twinkles far away, it twinkles for another."

Mengele's letters and notes confirm that his cultural and political consciousness remained stuck in 1945, and that he was never able to recognize anything reprehensible about the atrocities he committed in his human laboratories at Auschwitz. He believed that he was simply killing people who were already sentenced to death. 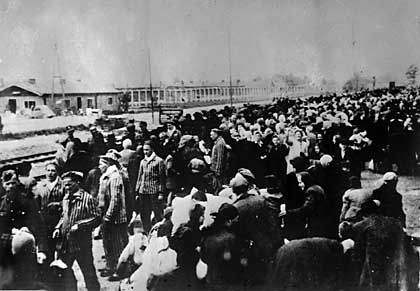 A train-load of victims destined for Auschwitz concentration camp, lined up on the railway station on arrival at Auschwitz.

In a letter dated Sept. 3, 1974, Mengele suddenly writes about "remorse for the unbelievable crimes we committed against this 'chosen people'." But the mere fact that he places these two words in quotes emphasizes how absurd he believed them to be.

It comes as no surprise that Mengele, in another letter, expresses his astonishment and disgust over the remorseful position taken by Hitler's master builder, Albert Speer, in his Spandau Diary. His mood, Mengele complains, has "almost hit rock-bottom." Speer's self-accusations, he writes, are disgusting.

The Nazi theory of race remained the focal point of all his writings. He considered the South African apartheid system the most efficient way of preventing the mixing of races.

In Mengele's view, racial confusion prevailed in his adopted country, Brazil. Nevertheless, he imagined that he was surrounded by like-minded people. In one letter to Wolfgang Gerhard, he wrote that he was living among families who felt largely sympathetic toward the Nazis. There was only one exception: a niece in one family was engaged to a Brazilian who had no appreciation for Aryanism. But, Mengele wrote, there will always be black sheep. From his point of view, everyone else in his social environment was intact in terms of this race-based ideology.

Even today, Josef Mengele wouldn't feel completely alone in Brazil. Children in Sao Paulo are still given the name Hitler -- as a first name. Even socialist Brazilian President Lula da Silva recently said in an interview that although he believes that Adolf Hitler was wrong, "he had something that I admire in a man: this fire, this passion to get involved in order to achieve something."

It seems that some old fires are still burning along the Tropic of Capricorn in South America.