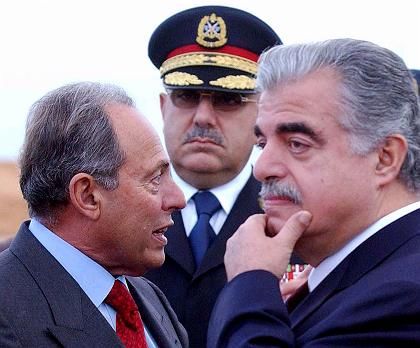 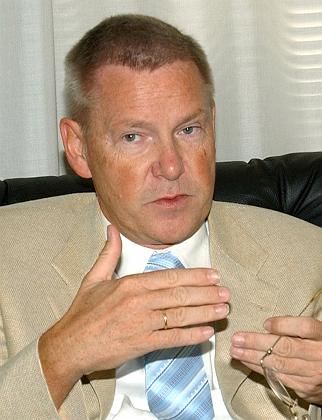 Chief U.N. investigator Detlev Mehlis is bringing his meticulous techniques to the investigation.

Once again, the Palace of Nations, in its picturesque location on Switzerland's Lake Geneva, seemed to be turning into a scene of United Nations powerlessness. It was here, at the former seat of the UN, that German UN special investigator Detlev Mehlis negotiated with Syrian diplomats. But despite all the statements to the contrary made by their president, Bashar Assad (" We are being fully cooperative"), the Syrians stonewalled, refusing to contribute anything to the German investigator's efforts to clear up the murder of former Lebanese Prime Minister Rafik al-Hariri, who was killed in February by a 1,000-kilo bomb.But last Tuesday, three days after the meeting in Geneva, Mehlis showed that the United Nations is actually capable of taking decisive action. At about 6 a.m., a group of about a hundred UN investigators stormed several apartments in Beirut and arrested four previously high-ranking Lebanese intelligence officials. All four men are loyal followers of the former Syrian occupation force, and they include Mustafa Hamdan, commander of the presidential guard, Raymond Asar, the former head of military intelligence, and powerful former chief of intelligence Jamil al-Sayid. Mehlis's men questioned the suspects until deep into the next night.The arrest of the four suspects comes as a sharp blow to Beirut's former elites. Not only could it prove to be a breakthrough in the investigation -- it could also expose Syria to deep international criticism. Mehlis plans to submit his final report to the UN Security Council by mid-October. In addition to implicating senior officials in the former Lebanese government in the murder, the report could also highlight possible connections to Damascus. This is a "dramatic development," gloated Anne Patterson, United States deputy ambassador to the UN. The White House has long suspected the Syrians of being involved with the murderers. Mehlis's UN investigators have not reached that conclusion yet. At this point, they suspect there was a high-level conspiracy within the Lebanese intelligence community, and they also believe they can prove that the men who were recently arrested went ahead with the perfidious murder plot in an effort to snuff out the former Lebanese prime minister, who was widely viewed as a critic of Syria.The explosive accusations are also making life difficult for the last remaining pro-Syrian politician in the Lebanese government following the withdrawal of Syrian troops -- President Emile Lahoud, a close associate of the suspects.If Mehlis' current reconstruction of events is correct, the plot was cooked up in Beirut, in a vacant apartment that UN specialists are currently analyzing for fingerprints. Investigators have also discovered and secured a gold-brown Opel in a Beirut suburb that was apparently used by associates of arrested Brigadier General Asar and was seen following Hariri's convoy shortly before the attack.The UN investigators also used a series of telephone calls made shortly before the attack to track down the influential official. Mehlis, a senior district attorney from Berlin, assigned a special expert to analyze the telecommunications data, and the resulting trail led directly to the senior ranks of Lebanon's intelligence agencies.Mehlis had already called in the agencies' directors, Hamdan and al-Sayid, once before on charges that they systematically covered up evidence. During the night after the attack, intelligence agents had the burned-out wrecks from Hariri's convoy towed away and flooded the six-foot deep bomb crater. Last week, investigators took another look at the scene of the bombing and the surrounding area. They had a team of British and Lebanese divers search for parts of the bomb and remains of the victims in the Mediterranean. Mehlis also flew in experts from Japan to rebuild the remains of a small Mitsubishi truck that had been used to conceal the bomb.The meticulous German approach to criminal investigation seems to be paying off, as insiders begin to talk for the first time. According to new information, a unit of the Syrian intelligence service stationed in Lebanon at the time of the murder could have been involved in the attack, but without the knowledge of Presidents Assad or Lahoud. Lahoud, who is said to have been filled in on the details after the murder, subsequently attempted to flee to France, but was turned away by French authorities.Mehlis' final report will likely play a role in determining Lahoud's fate -- and possibly even the future of the Assad regime. That's because the report by Mehlis, who plans to meet with Syrian intelligence officials in Damascus soon, will play a key role in determining the UN Security Council's next steps against Syria. The Americans, in particular, are pushing for sanctions.However, neither Mehlis nor his investigators believe that the Lebanese agents ever came into direct contact with the bomb, and they are now looking for supporters. "Those who were arrested," says Mehlis, "are only part of the puzzle."