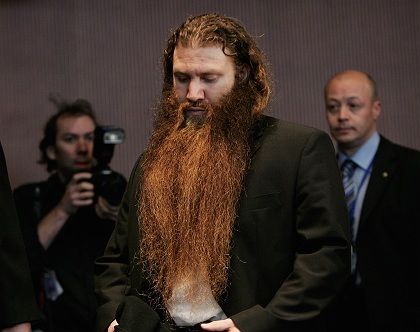 Last week Frank-Walter Steinmeier, Germany's foreign minister and acting president of the European Union Council, considered himself to be once again at the heart of world affairs. On Wednesday evening he hosted a private dinner for United States Secretary of State Condoleezza Rice in a suite at the Ritz-Carlton in Berlin. The two discussed, as Steinmeier proudly reported, "not just the small steps, but also the political horizon" for the peace process in the Middle East. On Thursday he then met with newly sworn-in Austrian Chancellor Alfred Gusenbauer for a tête-à-tête aimed at getting the stalled European constitution back on track.

However, just as Steinmeier was trying play a part in shaping the future of the world, the past abruptly caught up with him -- in particular, the question of whether as head of the chancellery under the former government of Gerhard Schröder, he bears responsibility for the fact that Murat Kurnaz -- a Turkish citizen born and raised in Germany -- sat for years in Guantanamo, when he could have returned home to his family in Bremen.

Last week Kurnaz, who for years appeared to officials and the media alike as a bit of an oddball, caused a political earthquake -- one that could end up costing the foreign minister his job.

On Thursday, Kurnaz described his horrendous ordeal to a parliamentary investigative committee in Berlin. His hair combed back, his beard flowing down to his navel, and speaking in hoarse voice, he described the iron chains on which the Americans hung him in Kandahar, and the isolation cell in Guantanomo, where he lost consciousness after the guards turned off his air supply. After his arrest in Pakistan at the end of 2001 he sat in American custody for four and a half years. He was released in August 2006 -- having been declared an innocent man. Senior members of parliament reacted to his testimony with shock. Max Stadler of the Free Democratic Party, spoke of how badly he felt after listening to the report. The chairman of the committee, Siegfried Kauder of the Christian Democratic Union, said he believed the witness had been "very credible."

For Steinmeier, however, the appearance by Kurnaz, a trained shipyard worker, was a disaster. The investigative committee is drawing increasing attention to the role played by the government at the time -- a coalition between Schröder's Social Democrats and the Green Party. Schröder's government had claimed to represent a "human-rights oriented foreign policy," but now it is suspected of having been at least indirectly responsible for torture as a result of the government's efforts to keep Kurnaz off of German soil for as long as possible. As head of the chancellery, Steinmeier was in a decisive role.

SPIEGEL reported last March that the federal government had, at least verbally, already been told of the CIA offer to send Kurnaz back to Germany in autumn 2002. Following a visit to Guantanamo in September 2002 by two officials from Germany's foreign intelligence agency, the BND, and one from the domestic intelligence agency, the Office for the Protection of the Constitution (BfV), the head of the delegation noted: "On the last day of their visit, the BND representatives were told that a preliminary decision had been made to return Kurnaz to Germany by November of this year." The German agencies wanted to use the Bremen man as an informant in Islamic circles. Even when this plan fell through, the Federal Office of Criminal Investigation (BKA), the BND and the BfV were convinced that Kurnaz was going to be released: "According to statements made by the Americans, a release can no longer be prevented," stated a previously unknown transcript of a joint meeting at the BKA in Meckenheim at the end of 2002.

How serious was the offer?

One of the main questions the parliamentary committee has to clarify is how serious the CIA offer was. On Oct. 29, 2002, it is known that the heads of the security agencies, of the Interior Ministry and the Foreign Ministry, as well as the Chancellery, agreed not to allow Kurnaz to return to Germany. The Interior Ministry banned him from entering the country, and the BfV told the United States in early November that it was the government's desire that Kurnaz "not come back to Germany." According to internal transcripts, the driving forces were Steinmeier and BND president August Hanning, who reported to the Chancellery.

Steinmeier and Hanning are likely to try to exonerate themselves by claiming that the CIA withdrew its offer to release Kurnaz on Feb. 24, 2003. "At the present time, his release from Guatanamo is not approved," said the Americans. But even afterwards, the German government did a lot to ensure that the prisoner, who they considered a security risk, would be kept far from Germany.

In October 2005, when yet another rumor circulated that Kurnaz could be released, the Interior Ministry demanded that the security services gather compromising information that would help prevent him entering the country. In May 2004 the same ministry had already pressured Bremen's state government to withdraw Kurnaz's residency permit, on the basis that he had violated the provisions of the permit by being out of the country for too long. And in order to close the last loophole, Lutz Diwell, state secretary at the Interior Ministry and Georg Boomgaarden, his counterpart at the Foreign Ministry, advised on Oct. 25, 2004 on how to refuse a possible visa application by Kurnaz. The problem is this: At that stage the government had already known for three years that Kurnaz was innocent, and most likely was "in the wrong place at the wrong time," as the BND has already concluded in 2002.

There is nothing new about most of the allegations against the government, but the performance of the ex-prisoner before the committee and new files that were sent to parliament last week have fired up the public outcry so much that even leading members of the former government such as the Green Party's Volker Beck, have spoken of how the Interior Ministry and the Chancellery had "deceived the rest of the government." 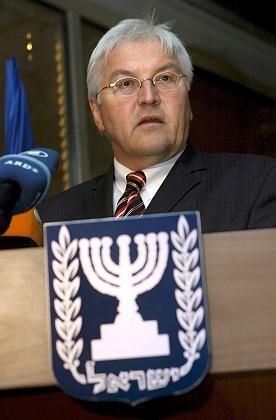 Several critical voices have also been heard from within Steinmeier's own Social Democrat Party (SPD). According to Ernst Rieter Rossmann, spokesman for the party's leftist parliamentary faction, it is too early to make a final judgment. "But if there were serious political mistakes made, then responsibility has to be accepted," he said.

Although most SPD members of the investigative committee are continuing to protect their foreign minister, doubts are growing. "It is all far removed from what is consistent with the values of a constitutional state," said Johannes Jung, a human rights expert who attended the committee meeting. Dieter Wiefelspütz, the SPD's spokesperson on domestic affairs, expressed outrage at the earlier efforts made by the Interior Ministry to get a hold of Kurnaz's passport in order to strike out his residency permit: "If that is confirmed, it would be very unpleasant."

Steinmeier, Hanning and Ernst Uhrlau, who was head of the BND at the time, have known since summer that the Kurnaz case would be the most decisive point in the whole investigative committee, which is probing German government cooperation with the United States in dubious areas of the war on Iraq and on terror like secret CIA flights the used Germany as a transit point in the illegal kidnappings of suspected terrorists. Those close to Steinmeier in the Foreign Ministry fear that the human suffering of the Guantanamo torture victim could prove to be an unpalatable contrast to the party's rights as proponents of human rights.

For the time being, Steinmeier is attempting to minimize the impact of the accusations by playing for time. The uproar over Kurnaz's suffering may have already abated by the time he appears -- likely at some point in March -- as a witness before the committee. Until then, one source close to Steinmeier told SPIEGEL, he will try to stay as unexposed as possible.

But the substance of his defense strategy is fairly weak: Steinmeier, Hanning and Uhrlau argue that there was never a binding offer from the Pentagon. And Kurnaz, who was born in Turkey, never had a German passport -- and so, they argue, he cannot insist that the German government was under any formal obligation to come to his aid.