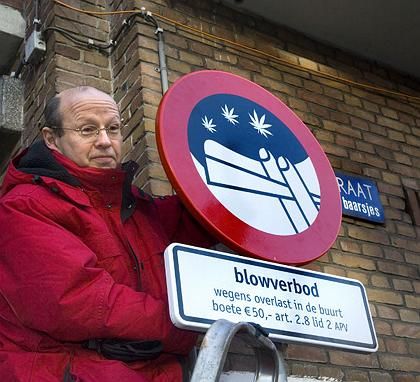 A Dutch crackdown on cannabis growers is pushing the country's drug gangs into Germany.

The warehouse owner was becoming more suspicious by the day: The new tenants occupying his building in a small German town of Kempen on the Dutch border seemed to be using an enormous amount of electricity. It also seemed like they were monkeying around with the water main. It was high time, he thought, to have a word with them.

After his knocking and calls went unanswered, the owner broke open the door to the storage hall. And there he stood before a huge crop. A heavy, sweet odor filled the air and sprayers covered the plants with a fine mist. A number of large grow lamps had been put in place to keep the 500-square-meter warehouse filled with warm light.

The man's warehouse had been turned into a professionally operated marijuana plantation big enough for 3,000 plants. For the police in Kempen, who arrived a short time later, though, such a scene is hardly out of the ordinary. Since early 2004, police have uncovered close to 30 similar facilities housing thousands of pot plants on the German side of the border with Holland -- twice as many as in the previous three years combined.

Most of those responsible for the new weed farms live in Holland. Computer files and documents uncovered by investigators linked the facility in Kempen to three young men in the Dutch border town of Venlo. The men had set up at least four greenhouses -- with 16,000 plants -- in the western German state of North Rhine-Westphalia. The total harvest would have been more than a ton of marijuana with a total value of about €6 million on the German market.

The fact that an increasing number of Dutch drug gangs are now cultivating their crops in Germany is hardly surprising. Demand for marijuana among German youth is higher than it has ever been: Thirty-one percent of young Germans between the ages of 12 and 25 say they have tried the drug. And as far as production goes, Dutch growers "obviously feel safer here than at home," Wolfgang Wiese of the local police department told SPIEGEL.

The reason has to do with changing attitudes toward ganja in the Netherlands. The conservative government of Prime Minister Jan Peter Balkenende recently launched a major effort to crack down on cannabis growers in the country. As part of those efforts, police have used helicopters equipped with infrared cameras. The heavy lighting in warehouses where cannabis is cultivated can easily be traced using the equipment -- even from a distance.

But there's a certain absurdity inherent in the Dutch government's policy. On the one hand, it is waging a decisive battle against growers, but at the same time The Hague tolerates the Netherlands' 729 so-called "coffee shops," that sell illegally produced hash and marijuana and generate €200 million in annual revenues. Tax money from weed sales helps fill the Dutch government's treasury.

"This is a Grade A provocation," laments Karl-Heinz Florenz, a politician with the conservative Christian Democratic Union who represents Germany's Lower Rhine region at the European Parliament in Brussels. For months now he's been campaigning against what he calls "double-edged Dutch drug policies." Any country, he argues, which tolerates the public sale of cannabis products and in doing so turns a profit, cannot be permitted to force production to be shifted into a neighboring country.

Compounding the situation is the fact that the Dutch government has forced a number of these coffee shops to move their operations out of city centers and closer to the Dutch-German border. The owners of two coffee shops in Venlo, Netherlands, are said to have profited massively from the attractive properties allocated to them on the border by city planners. German customs investigators in Krefeld estimate that the coffee shops attract 54,000 customers each month, with the lion's share, 50,000, coming from Germany.

"Roots" and "Oase" are located right next to a highway exit, share a parking lot for 200 cars and are even easy to reach by foot from the German border. The excellent location ensures annual turnover of €23 million, according to customs officials. The city is even considering moving a third shop near the border, says Venlo's deputy mayor, Herman Janssen. 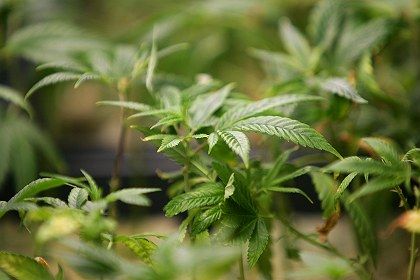 Marijuana farms are increasing on the Holland - Germany border.

Many young Germans take a regional train from larger cities like Cologne or Düsseldorf to nearby Nettetal-Kaldenkirchen, get out and walk over the border for the 10 minutes it takes to reach the two shops. The ease of shopping at the Dutch shops has given them the nickname "McDope" amongst the stoner set.

The German customs office in Krefeld recently railed in an internal paper that it was "knowingly" tolerated that young customers were shopping at "McDope." Some are especially concerned about the developments because improved cultivation methods have doubled marijuana's strength since the mid-90s. "That can really knock inexperienced users right out," says Jürgen Weyers of the mobile customs unit in Krefeld.

Apparently Roots and Oase (Oasis) aren't yet concerned that the Dutch campaign against the pot growers could hit their supplies. In order to increase customer loyalty, a few months ago both shops started handing out cards that keep track of how often purchases are made. Smoking out a lot will get you a discount.