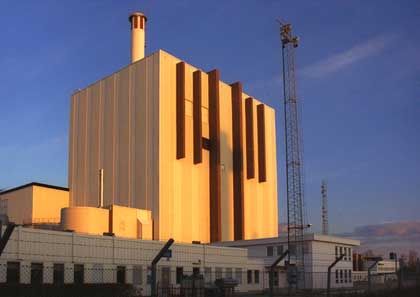 The Forsmark reactor: "The flaw in nuclear power plants is their complexity."

The culprit was as simple as it was troubling: a short-circuit. But that short-circuit caused an electricity failure that nearly led to catastrophe at Sweden's Forsmark 1 nuclear reactor.

Nearly two weeks ago, around noon on July 25, a power outage occured at Forsmark, throwing the plant's control room into a state of chaos. As the power failed, so did two of the plant's four emergency backup generators. The numbers on the controls started to go berserk, and it took a full 23 minutes before the workers, who for a time had no idea what was happening inside the reactor, were able to bring Forsmark 1 back under control.

Describing the mishap, the environmental organization Greenpeace wrote that the events at Forsmark were comparable to a "ghost ship," with nobody at the rudder. And the Swedish Environment Ministry described the event as a "serious" safety incident. Swedish nuclear expert Lars-Olov Högland, who served as chief of construction for Vattenfall until 1986, put it far more dramatically. "It was pure luck that there was not a meltdown," he said. "It was the worst incident since Chernobyl and Harrisburg," a reference to the 1979 meltdown at Three-Mile Island in Pennsylvania.

But what really happened at Forsmark? The incident was a serious one -- but also less dramatic than many headlines that appeared during the past week would lead one to believe. Like many nuclear power plants, Forsmark has four independent backup generators to provide emergency power. Although two of the diesel generators actually did fail, the remaining two functioned normally.

"At no point in time was there a danger of an accident," asserted Anders Markgren of the plant's operater, Forsmarks Kraftgrupp. Nevetheless, Markgren said he was relieved that Forsmark has been taken off the grid. The failure of the two diesel generators has been headache enough for experts. "If the other two subs had been knocked out as well this would have led to a total loss of power," stated a report issued by the Swedish government's nuclear regulatory agency, Statens Kärnkraftinspektion (SKI). 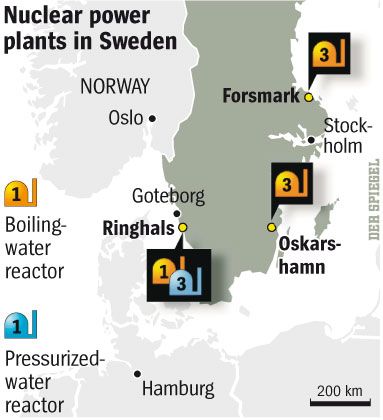 Even the battery secured so-called Uninterrupted Power Supply wouldn't have helped in such a case, experts fear. The system is the final safety net of any nuclear power plant. And because a complete power failure would also cause a plant's critical cooling system to stop working, it could quickly lead to the type of core meltdown that happened at Chernobyl.

For critics, the incident shows yet again how vulnerable nuclear power plants are to a failure in electricity systems. "Nuclear power plants can quickly spin out of control and lead to meltdowns if short circuits or even power surges occur," warned Henrik Paulitz, of the German chapter of the group International Physicians for the Prevention of Nuclear War. Paulitz also took the opportunity to point out that Germany's nuclear plants haven't been immune to problems either. They included a power failure at Germany's Biblis B nuclear reactor on Feb. 8, 2004. "And that was just because the weather was bad and there was a short in the power line," he recalled. Less than a decade earlier, in 1986, lightning disrupted operations at the plant. And in 1992, at a plant in Philippsburg, Germany, a defective electrical component caused an incident that had similarities with the July 25 incident in Sweden.

Should these incidents have served as a forewarning to Sweden? Experts at SKI believe that inverters affected by the short circuit thwarted the startup of the diesel generators. According to SKI, the components were provided by German manufacturer AEG. The experts believe that the same components have been used at Forsmark's second plant as well as two further nuclear power plants in the southern Swedish city of Oskarshamm. Swedish authorities have taken all of the suspected plants offline as a precaution.

By the end of last week, the question of whether those plants use the same components had not yet been clarified. And in Germany, the Federal Environment Ministry last week ordered a technical investigation of plants here to ensure that none are vulnerable to the same problems experienced at Forsmark. Geography (Sweden is located just a few hundred kilometers north of Germany) wasn't the only factor that concered people here: Forsmark 1 is operated by Swedish utility giant Vattenfall, which also operates similar facilities in Germany and other European countries. But Vattenfall spokesman Ivo Banek, whose company operates two nuclear power plants in Germany, sought to assuage any fears. "We have no reason to doubt the security of our facilities," he said. The German Atomic Forum, a Berlin-based, pro-nuclear power lobby also sought to give the all-clear sign. "There are absolutely no indications that this incident could happen here," the group stated, adding that German plants have different safety setups.

Still, the unease over the fact that a plant came close to a meltdown because of something as simple as a defective electrical component remains. Although the Forsmark plant has a number of backup electricity supplies, that wasn't enough to shield it from serious problems. "The flaw in nuclear power plants is their complexity," said Michael Sailer, a nuclear energy expert at the Institute for Applied Ecology in Darmstadt near Frankfurt. "Based on its principle alone it is impossible to test all the contingencies with nuclear power."

"Someday, when we experience our next major accident, it will likely happen because of a disruption like this one," Sailer said. He's not alone in his thinking. A report released in 1992 by Germany's GRS, an organization that promotes improved safety at nuclear power plants, examined the lightning strike at the Biblis B nuclear plant in the German state of Hesse and concluded: "A repeat of the incident cannot be ruled out."