Is Germany overly sensitive to nuclear issues? I think so. Let me explain why: About 25 years ago -- when I addressed several ministries in the then West German capital of Bonn after the Chernobyl accident -- I pointed out that, although there might be important health consequence from radioactive fallout from Chernobyl, fewer lives would be lost from it each year than from our reliance on fossil fuels. At the time, very few Germans were sympathetic to my argument. Now the reactor accident in Fukushima has pushed the German public back into turmoil. And, again, the question arises: How should we weigh the risks of nuclear power against its benefits?

How dangerous is Fukushima really? Last week, I was able to get an idea of the situation in the area. I was at the so-called "J-Village," the place where experts gather to deal with the problems of the Fukushima reactors. The J-Village is in the middle of the area that was evacuated. It's strange, actually: In a disaster zone, one would expect destruction -- burned cities, collapsed houses. But, here, everything is very peaceful, just empty, deserted.

By going to the catastrophe zone, I wanted to send a signal and show the Japanese that they haven't been completely abandoned. Had I worried about my health, I wouldn't have traveled to Japan. But the radioactivity released is so low that you're safe 20 kilometers (12.4 miles) from Fukushima. The amounts of plutonium that have been detected are low. It's possible that this plutonium was released in the 1950s and 1960s, when nuclear weapons were tested in the Pacific Ocean near the area.

I don't want to play down what's happened here. In principle, any radioactivity is dangerous, and it has been a very serious accident. It will have far-reaching consequences -- but mainly for Japan's economy, its politics and for the psychological well-being of the Japanese people. I do not expect that there will be many deaths. 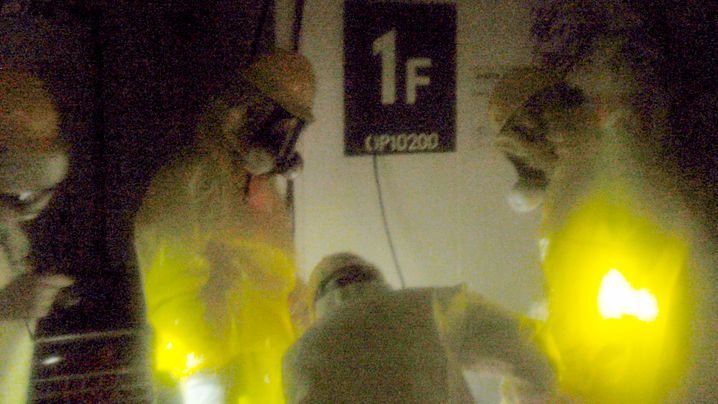 Chernobyl was different. Thirty-one people were killed by the explosion or from the consequences of acute high-dose radiation exposure. The explosion released huge amounts of radioactive iodine-131 and cesium-134 and -137, which contaminated about 195,000 square kilometers (ca. 75,000 square miles). The radioactive plume was ejected up to the lower troposphere, dispersed by high-altitude winds and brought back down to earth by rains. One of the several reasons why so much radioactivity could escape was that, owing to its size and shape, the core of the Soviet reactor had no containment structure. In Fukushima, the reactor cores are considerably smaller and -- similar to German nuclear power stations -- housed within two containment structures.

At the time, I traveled to Kiev as the head of the international medical team (along with my three young children, by the way). Health-related consequences were most easily detected in Ukraine, Belarus and Russia. About 6,000 excess cases of thyroid cancer were detected, mostly among the young. These cases of thyroid cancer were caused by 131-iodine in milk and dairy products.

However, it is important to state that the effects of radiation on human health weren't nearly as bad as many people all over the world still think they were. Even a quarter of a century after Chernobyl, there has been no convincingly documented increase in leukemia or other cancers. Although this is an adequate observation period for leukemia, it is too short for other cancers. If we use cancer-risk data derived predominately from the survivors of the atomic bombs at Hiroshima and Nagasaki, we would estimate 2,000-15,000 excess cancer deaths over the 50-year period following the Chernobyl explosion.

However, since we can already expect 80 million non-Chernobyl-related deaths from cancer in the EU and the former Soviet Union in this same period of time, it is hard to detect an increase of this magnitude. Other concerns, such as genetic abnormalities and birth defects, have fortunately not materialized. And the observation that cases of leukemia have not been increasing is also reassuring.

Turning to Fukushima, we can use these data to make some estimates of likely health consequences. No one can say for sure how much radioactivity will be released in the coming weeks. But we can estimate the damage based on how much has already been leaked.

The Fukushima Daiichi accident has released about 10 percent as much 131-iodine and 137-cesium as the Chernobyl accident, and the dispersion of the release is much more limited than it was in the case of Chernobyl. Finally, in contrast to the Ukrainian disaster, Japan has succeeded in restricting consumption of contaminated milk and dairy products and in distributing iodine tablets.

Based on these considerations, over the next 50 years, we might expect few, if any, cases of thyroid cancer and about 200-1,500 cases of leukemia and other types of cancer. During this interval, about 18 million Japanese will die from cancers unrelated to Fukushima. Thus, the number of cancer cases that can be attributed to Fukushima should be less than one per 10,000 -- or well below our level of detection in epidemiological studies. Raising the price of a pack of cigarettes by 10-20 percent would result in a much greater reduction in cancer risk.

There is, however, an important caveat to the above discussion: the spent fuel assemblies stored atop each reactor at the Fukushima site. These fuel rods still contain radioactive materials, and there is no containment structure surrounding these pools. Consequently, loss of water or a rupture in one of these pools could release radioactive materials and substantially alter these risk calculations.

The majority of Germans apparently want to get out of nuclear energy now. But both they and others should keep the alternatives in mind -- which are unfortunately not too inviting.

We all know that global warming is the cost of using fossil fuels, such as coal and oil. What's more, there are also some other frightening costs of oil-dependency, such as the involvement of the United States and Europe in wars in Iraq and Libya. Likewise, as the Deepwater Horizon accident makes clear, oil also carries its own accident risks.

But we also have to consider some less obvious costs. In coal mining, more than 10,000 people die each year, 2,000 of them in China alone. Added to this are lives lost transporting and burning coal. And, under some circumstances, burning coal releases more radiation into the environment than a nuclear power station under normal operating conditions. A country like Japan doesn't have coal or oil in the first place, so what is it supposed to do without nuclear energy?

And don't forget that there are risks with other forms of energy production as well. Even solar power releases radioactivity: Solar power stations need large amounts of copper for pipes, and their production releases uranium. Another unexpected consequence of seemingly "green" energy sources is the explosion of so-called "river blindness" in Egypt that can be attributed to infections spawned by the building of the Aswan Dam. The dammed-up water has caused a massive increase in the number of mosquitoes who transmit the disease, and over a million people have paid for it with their sight.

Harm from Far Away

All this has to be taken into account when discussing such issues. Nuclear power is naturally a very emotional issue. Many people have already formed solid opinions and only take into account what supports their views. But many of these beliefs are irrational and only fed by the many figures, measurements and limits being made public, which hardly anyone can make sense of.

This can be seen very clearly in the current situation in Fukushima. The Americans have recommended that all citizens evacuate the area within an 80-kilometer (50-mile) radius of the stricken power plant. The Germans have moved their embassy to Osaka. Even people who are really well informed have left Tokyo in the belief that you can never be careful enough.

Though I can understand this reasoning, it's wrong. What's more, it sends a devastating message to the Japanese who have to stay. They have started to distrust their own government, and fear is spreading. This is a terrible side effect of this excessive concern -- and the panicked reaction -- in Germany.

Indeed, it is clear that the major long-term issues with an accident at a nuclear power station are not medical; instead, they are political, psychological and economic. Given these circumstance, the German response to the Fukushima accident needs to be thoughtful and considered, instead of emotional and political. It should be based on a consideration of energy needs for the next several decades and a careful assessment of benefits and risks of alternative energy sources. If such an analysis is done, I suspect nuclear energy will come out in a favorable light. 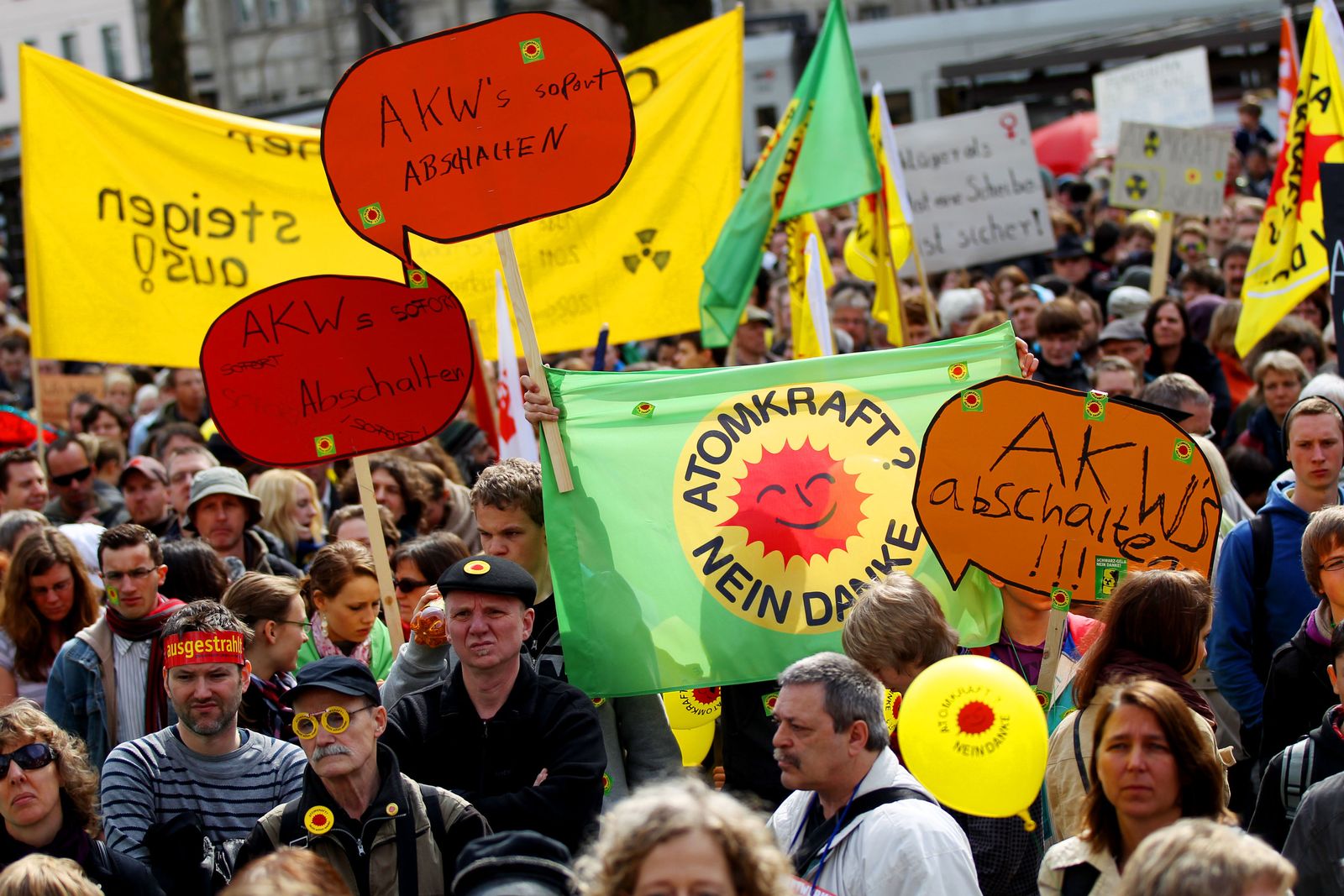 Gale: "The German response to the Fukushima accident needs to be thoughtful and considered, instead of emotional and political."