The radiation warning sign was so small that few passers-by took note in the commuter rail station in Kapitolovo, Russia. Fifty-six steel canisters were sitting there on a summer day three years ago. Just a stone's throw away, people were waiting for trains to take them to downtown St. Petersburg.

One passenger was Dmitri Artamonov, the head of the Greenpeace chapter in St. Petersburg. A short time later, he returned to the train station with radiation detection equipment. At the time, he recalls, the radioactivity levels were already above the level that would have triggered an evacuation in Russia. "Besides, the train was unguarded," he says, "a gift for terrorists."

The freight, uranium hexafluoride, originated in Germany and was being transported on to the Siberian nuclear city Novouralsk. The incident underscores a practice that raises few objections by either German or Russian authorities -- even today.

Since the mid-1990s, the firm Urenco Germany, located in the city of Gronau in the western state of North Rhine-Westphalia, has shipped 27,300 tons of low-level radioactive, but still highly toxic residual material from uranium enrichment processes, to Russia. The company confirmed the shipments last week, following Western media reports about the transport of the radioactive material to Siberia. Even greater quantities were transported from France to Russia.

In legal terms, uranium hexafluoride isn't considered nuclear waste in Germany. It is used in the uranium enrichment process. When uranium 235 for use in nuclear power stations is concentrated in it, so-called depleted uranium is left over. Urenco decided it was not economical to enrich the fissile material that was left in the uranium hexafluoride. But the Russian state-owned firm offered to store any material left over cheaply at its enrichment facilities.

Urenco speaks of "recycling," but the company has since admitted that, under the terms of its contract, 85 percent of the material that originated in Germany will remain in Russia, where it is stored in the open air.

Environmentalists have complained of "rusty containers," but Burkhard Kleibömer, the head of the company's "monitoring" division, said: "Our containers are sealed." The head of the Russian state nuclear company, Rosatom, Sergei Kiriyenko, tried to play down possible risks. "Such containers are being stored out in the open from America to France," his spokesman said.

Nevertheless, as far back as 2004, Russian nuclear regulatory authority Gosatomnadsor issued a disquieting ruling about the four storage facilities in Siberia. "The storage of the containers does not meet modern safety requirements," the agency states.

Rosatom chief Kiriyenko his since moved to pull out of the company's contracts with Western firms, and, in August, Urenco sent its final shipment to Russia.

In future, the uranium hexafluoride will be stored on company property in Gronau, Germany. A security measure will also be implemented that was lacking in Russia. The uranium hexafluoride will be converted into uranium oxide, which is considerably more stable. The current view is that the material, in this form, is suitable for final storage. Precautions are also being taken in case the German government at some point in the future redefines depleted uranium as nuclear waste. 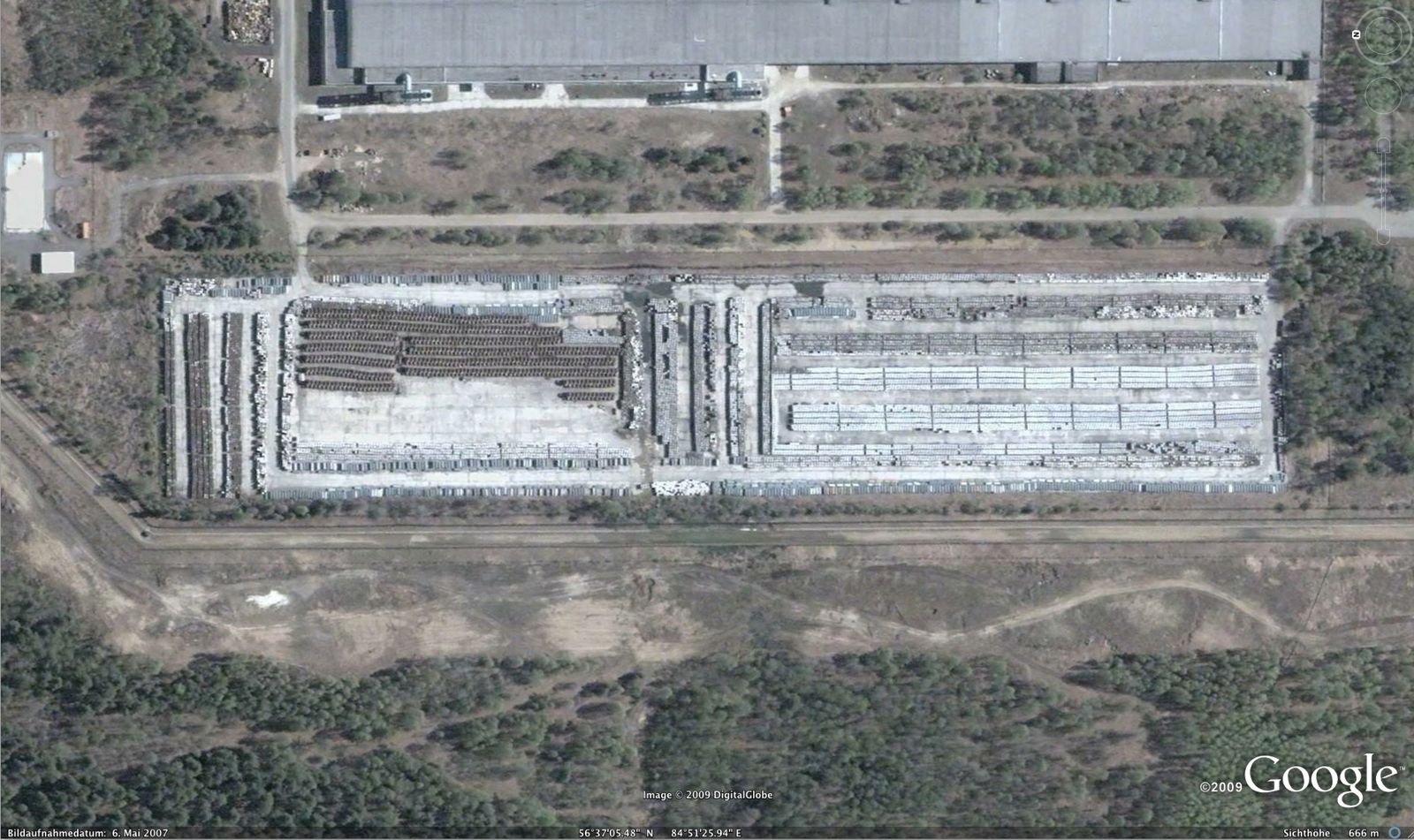