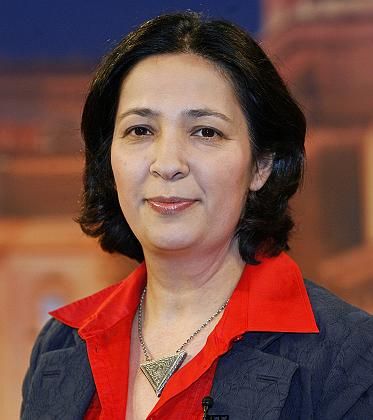 Seyran Ates has announced she no longer wants to work as a lawyer defending the rights of Muslim women because she fears for her life.

It happened in April, on the freeway, on the way home from a book reading in the western German city of Saarbrücken. Fatma Bläser, author of the novel "Hennamond" ("Henna Moon"), stepped on the brakes -- but nothing happened. She steered the car into the shoulder, "in a state of panic," she says, and let it roll to a halt. A mechanic later found that someone had tampered with the brakes. Bläser, a Kurd who lives in Germany, hasn't pressed charges. "What can the police do in a case like mine?" she asks.

Bläser once almost became a victim of forced marriage but managed to escape. She wrote a book about her experience and now lectures in schools. "I always ask for police protection when I do readings in neighborhoods with a high immigrant population," she says. Still, she adds, she receives threats constantly. A young man from Albania recently shouted at her: "Hey, you tramp, I'll take care of you -- you're stirring our sisters up against us." Others have threatened to beat her or pursued her in their cars until she sought protection at a police station. Bläser's car has often been tampered with.

Bläser is far from being the only person who has been attacked or threatened by Muslim men because of her work in trying to protect the rights of Muslim women. Berlin-based lawyer and writer Seyran Ates recently renounced her accreditation as a lawyer, explaining that she fears for her life after having been threatened repeatedly by Muslims. She wants to continue her political work, but she says that direct confrontations in the courtroom have become too dangerous for her.

Ates, who is a German citizen of Turkish origin, stood up for Muslim women for years, attacking their intolerable condition in a way that drew considerable public attention. As early as 1984, Ates was shot in the neck by a man associated with the Turkish extremist group known as the "Grey Wolves." At the time, she was working in a women's store in Berlin. The bullet hit her carotid artery. Her troubles didn't end there: In 2005, the Turkish newspaper Hürriyet began to campaign against her. And not long ago the husband of one of her clients began to beat his wife right front of her on the street.

Observers of immigrant culture in Germany claim that people who stand up for the rights of Muslim women and girls in Germany -- be they lawyers, writers or social workers -- do not receive adequate protection. But they also remain unconvinced that it is even possible to provide adequate protection for such workers.

"The threat to the helpers is very real," says Rahel Volz of the women's rights organization Terre des femmes (Human Rights for Women). And this threat "is silencing those who could still be making a difference." It's not just writers and lawyers whose lives are at risk -- that list also includes teachers who want to protect their students from forced marriages.

Women with an immigrant background face an even greater risk than German women, Volz says, because they are considered traitors who are sullying the reputation of their own people. She says she knows female lawyers who refuse to represent Muslim women in court when the case involves a familial dispute.

Those working for the Berlin-based social project Papatya, which provides support to Muslim girls, also know "the aggression of the families is very much focused on us," as one counselor puts it. The organization works like a secret society. Hardly anyone knows its telephone number or address. Even the girls who seek help there don't know the full names of their counselors. "We know about the pressure and the threats," says one member of Papatya, "but think about the pressure the victims are under." She says that many people working for youth welfare offices have "capitulated because they are afraid of the families."

Ursula Spuler-Stegemann, an expert on Islam at the University of Marburg in central Germany, is "horrified and saddened" that Ates, a well-known lawyer, is giving in to the pressure. Spuler-Stegemann fears that, by pulling back, Ates may be conveying the wrong message.

"This goes to the core of the issue," she argues. "This is about freedom of speech." If those who criticize what is intolerable in Islam are intimidated, then "we have to fight back," Spuler-Stegemann insists.